Urgent scale-up in funding needed to stave off famine in Somalia, UN warns

A senior United Nations humanitarian official in Somalia today warned that without a massive and urgent scale up of humanitarian assistance in the coming weeks, famine could soon be a reality in some of the worst drought-affected areas in the African country.

“This is the time to act to prevent another famine in Somalia,” said the Humanitarian Coordinator for Somalia, Peter de Clercq, during the launch of the latest food security and nutrition data in the nation’s capital, Mogadishu.

Somalia experienced the worst famine of the twenty-first century in 2011, with the loss of more than a quarter million lives.

“If we do not scale up the drought response immediately, it will cost lives, further destroy livelihoods, and could undermine the pursuit of key State-building and peacebuilding initiatives,” he warned, adding that a drought – even one this severe – does not automatically have to mean catastrophe “if we can respond early enough with timely support from the international community.”

If we do not scale up the drought response immediately, it will cost lives, further destroy livelihoods, and could undermine the pursuit of key State-building and peacebuilding initiatives

According to the UN Office for the Coordination of Humanitarian Affairs (OCHA), Somalia is in the grip of an intense drought, induced by two consecutive seasons of poor rainfall. In the worst affected areas, inadequate rainfall and lack of water has wiped out crops and killed livestock, while communities are being forced to sell their assets, and borrow food and money to survive.

The Food Security and Nutrition Analysis Unit (FSNAU) and the Famine Early Warning Systems Network (FEWSNET) – managed by the Food and Agriculture Organization (FAO) – have found that over 6.2 million, or more than half of the country’s population, are now in need of assistance, up from five million in September.

This includes a drastic increase in the number of people in “crisis” and “emergency” situations from 1.1 million six months ago to a projected three million between February and June this year. 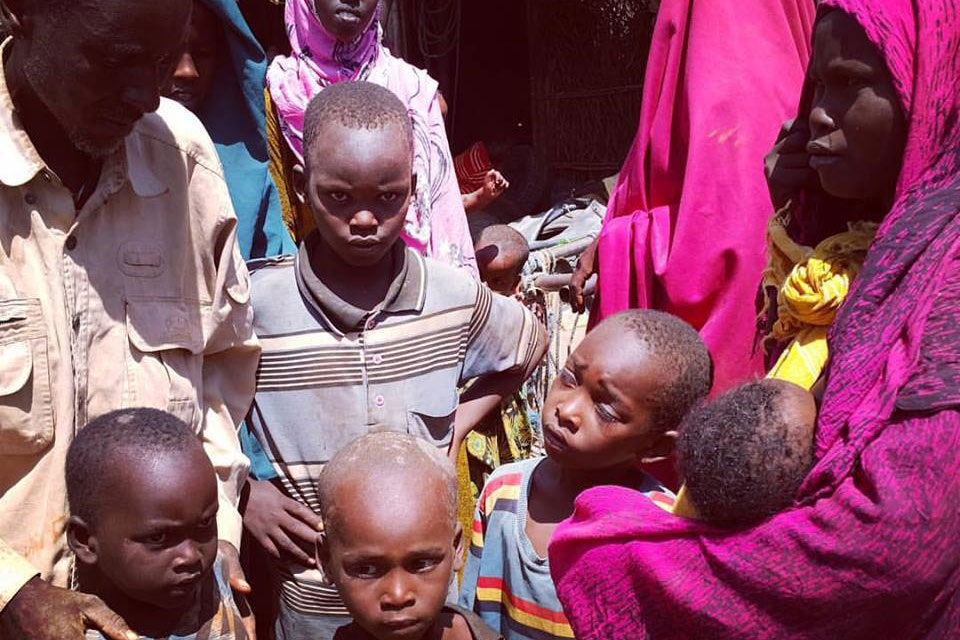 Another distressed Somali family made destitute by drought, arrives in Doolow, a southern town near the border with Ethiopia, hoping to find food, water and aid. Photo: UNICEF Somalia

The levels of suffering in the country, triggered by protracted conflict, seasonal shocks and disease outbreaks, are typically hard to bear, but the impact of this drought represents a threat of a different scale and magnitude.

“The situation we are starting to see today in many rural areas, particularly Bay, Puntland, is starting to look worryingly like the run-up to famine in 2010-2011,” said Richard Trenchard, the FAO Representative for Somalia.

“Labour prices are collapsing; local food prices are rising; food availability is becoming patchy; animal deaths are increasing; and malnutrition rates are rising, especially among children. Together, these are all signs that we are entering a phase that can lead to catastrophe.”

With only one-quarter of expected rainfall received in the Horn of Africa in the October-December period, the Food and Agriculture Organization (FAO) today called for an immediate response to prevent widespread drought conditions from becoming a catastrophe.