Reacting to the recent suspension by the United States of its longstanding refugee programme, United Nations Secretary-General António Guterres today said resettlement is often “the only possible solution” for people fleeing conflict and persecution, and that the US policy, which bars entry of Syrians into the country, “should be removed sooner rather than later.”

Asked about the impact of the Executive Order signed by President Donald Trump on 27 January, that, among things, halts the entire US refugee programme for 120 days, bars entry of refugees from seven mostly Muslim countries for 90 days and suspends entry of Syrians until further notice, the UN chief said resettlement is “a must […] and the United States has always been at the forefront of refugee protection. Syrians are those that at present have the most dramatic needs.”

Mr. Guterres, speaking to reporters at UN Headquarters, emphasized: “In my opinion, the US policy is not the way […] to best protect the US or any other country, in relation to the serious concerns that exist about the possibility of terrorist infiltration. I don’t think this is the effective way to do so and I think these measures should be removed sooner rather than later.”

Noting that the measures “violate our basic principles,” he said they are not effective if the objective is to avoid terrorist entering the US.

“We are dealing with very sophisticated global terrorist organizations. If a global terrorist organization [tried] to attack a country like the United States, they will probably not come with people with passports from those countries that are hotspots of conflict today,” said the UN chief, adding that they might come with passports from the most developed in the world, or they might use people that have been for decades sometimes inside the countries.

VIDEO: Addressing the media, Secretary-General António Guterres calls on the re-establishment of "solid refugee protection in resettlement" by the United States, in response to its recent policy on immigration. Credit: UN News

“And that is why it is so important not to have measures that spread anxiety and anger, because when we adopt measures that spread anxiety and anger, we help trigger the kind of recruitment mechanisms that these organizations are now doing everywhere in the world,” Mr. Guterres said, noting that the UN has been pushing for the capacity to have very strong measures in relation to management of borders but, at the same time, not to base them on any discrimination linked to nationality, religion or ethnicity.

Responding to another question on the overall policy of the new US Administration, which one reporter suggested seemed at odds with the goals of the UN, Mr. Guterres stated: “[A]ll complicated things have an easy answer, and the answer is to be firm in assessing all principles and open in engaging in constructive dialogue. That is the combination that I will try to make effective in the way we deal with US Administration or in the way we deal with any other administration in the world.” 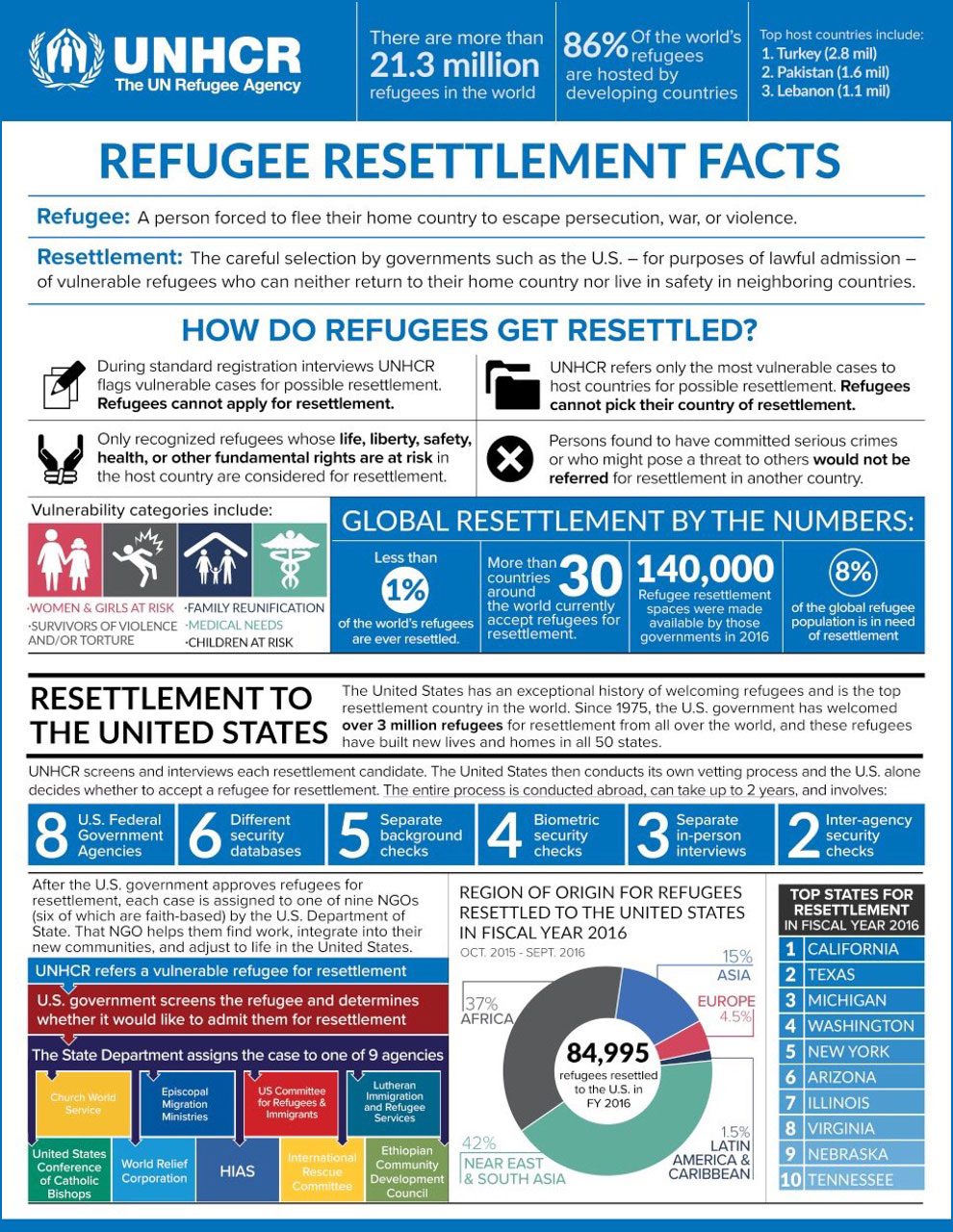