At Youth Forum, UN calls on young people to help realize a better future for all

Drawing attention challenges such as climate change, unemployment and inequality, confronting young people around the world, including in places where peace prevails, United Nations Secretary-General António Guterres today called for the youth to speak up and share their stories.

“Tell us how the United Nations can see the world from your perspective – and answer your concerns,” said Mr. Guterres in a video message to representatives gathered at UN Headquarters in New York for the sixth annual Youth Forum.

According to estimates, about 74 million young people around the world cannot find a job, many youth are driven from their homes due to conflicts, and, in places where there is peace, they suffer violence and discrimination.

The UN chief, however, emphasized that young people are also on the vanguard of progress – as entrepreneurs, activists and community leaders.

“You inspire change […] you have the talent, energy and ideals to prevent conflicts, defend human rights, secure peace and realize the 2030 Agenda for Sustainable Development” he added, noting that their messages will help “create a safer and more stable world for all.”

You have the talent, energy and ideals to prevent conflicts, defend human rights, secure peace and realize the 2030 Agenda for Sustainable DevelopmentUN Secretary-General António Guterres

The Youth Forum, is held annually by the UN Economic and Social Council (ECOSOC) since 2012, offers young people an opportunity to voice their opinions, share ideas, and think together about what they can do to achieve sustainable development. 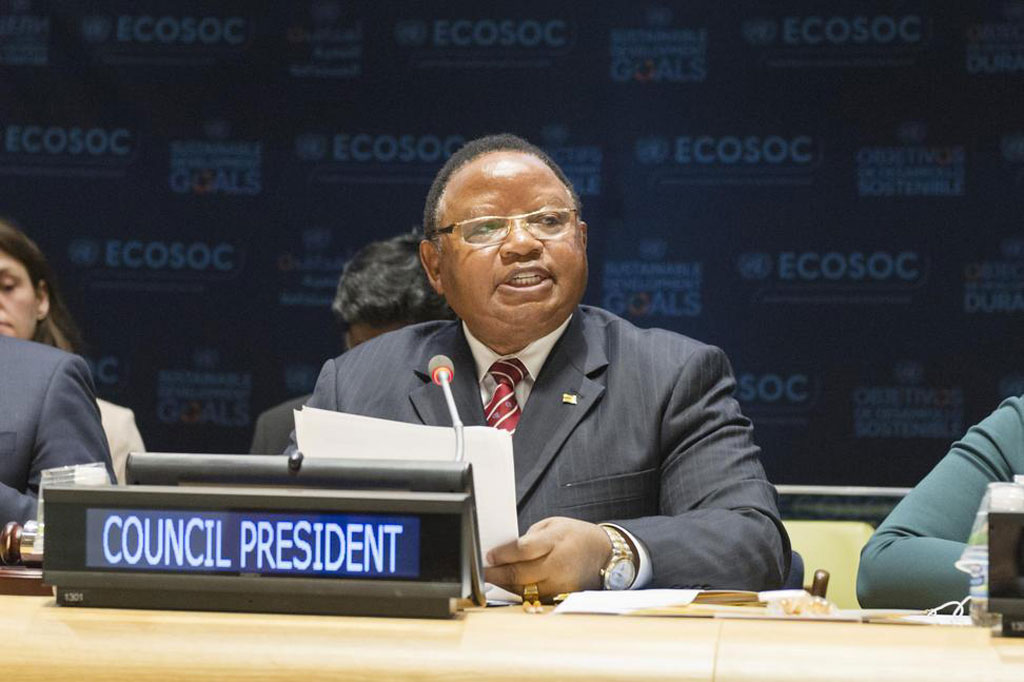 Such unplanned movements combined with other processes associated with globalization, he added, “are seen as a path to lower wages, a weakening of cultural and religious identities and rising inequality.”

Underlining the importance of the Sustainable Development Goals (SDGs), particularly for young people, he noted: “It is your future we are building in implementing the Agenda. This is why we need you to play a role in shaping the world you will be living in.”

Similarly, the President of the UN General Assembly, Peter Thomson also highlighted the importance of the SDGs and said that the 2030 Agenda together with Paris Agreement on climate change provides a universal masterplan to place humanity on a trajectory to a safe, secure and prosperous future for all.

“Implemented urgently, effectively and at scale, these agreements will transform our world, to one in which extreme poverty is eliminated and prosperity is increased and shared more equitably,” he said, and added that achieving a future envisioned in these documents would require new and bold ideas, innovative and strategic thinking, and urgent collaborative action.

“It will require fundamental changes in the way we produce goods and consume them if our world is to be sustainable,” he added, underscoring: “Youth will have to be at the forefront of this transformation.”

Also speaking at the Forum, Ahmad Alhendawi, Envoy of the Secretary-General on Youth called on young people not to lose hope but to become a source of hope to the world and called on all sectors of the society to work with the youth.

The two-day Forum was organized by the UN Department of Economic and Social Affairs, in collaboration with the Office of the Youth Envoy of the Secretary-General and the UN Inter-agency Network on Youth Development.