Welcoming the progress thus far in negotiations led by Turkish Cypriot and Greek Cypriot leaders, as well as ongoing efforts, the United Nations Security Council today encouraged the sides to “grasp the current opportunity with determination” to secure a comprehensive settlement in Cyprus.

Through a unanimously adopted resolution, the 15-member Council called on the leaders to “put their efforts behind further work on reaching convergences on the core issues.”

It also called on them to “improve the public atmosphere for the negotiations, including by focussing public messages on convergences and the way ahead, and delivering more constructive and harmonized messages.”

The Council further urged the implementation of confidence-building measures, and said that it looked forward to agreement on and implementation of further such mutually-acceptable steps, that can contribute to a conducive environment for a settlement.

Also in the resolution, the Security Council – the primary UN body responsible for matters related to international peace and security – decided to extend the mandate of the UN Peacekeeping Force in Cyprus (UNFICYP) until end of July this year. 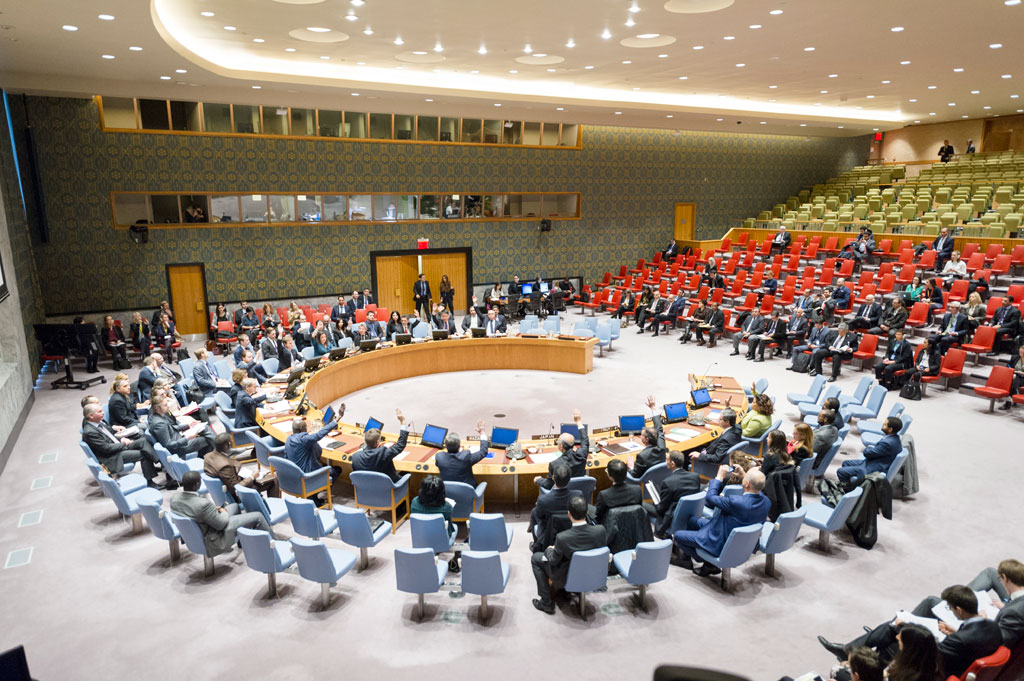 The Security Council unanimously extends the mandate of the UN Peacekeeping Force in Cyprus (UNFICYP) until 31 July 2017. UN Photo/Rick Bajornas

The Council further called on the Turkish Cypriot side and Turkish forces to restore the military status quo in Strovilia, which existed there prior to 30 June 2000, as well as called on both sides to allow access to deminers and to facilitate the removal of the remaining mines in Cyprus within the buffer zone.

It also urged them to extend demining operations outside the buffer zone.

Also in the adopted text, the Council hailed efforts being undertaken by UNFICYP to implement the UN Secretary-General’s zero tolerance policy on sexual exploitation and abuse and to ensure full compliance of its personnel with the UN code of conduct, and urged troop-contributing countries to take appropriate preventive action including conducting pre-deployment training.

It also called on the countries to take disciplinary action and other action to ensure full accountability in cases of such conduct involving their personnel.

UNFICYP – one of the longest-running UN peacekeeping missions – has been deployed on the Mediterranean island since 1964 to prevent further fighting between the Greek Cypriot and Turkish Cypriot communities there and bring about a return to normal conditions.

Speaking in Geneva a day after the start of a United Nations-supported Conference on Cyprus, a UN advisor said the open and frank exchanges at the meeting’s opening confirmed two things: “first that there are difficult issues to overcome; and second that there is a will to overcome them.”