At least 45,000 people – mostly women and children – have arrived in Senegal from The Gambia after former President Yahya Jammeh's decided to not step down, United Nations agencies today said warning that more people may leave if the political situation is not resolved peacefully.

“Over 75 per cent of arrivals are children, accompanied mainly by women. They are staying with family members, host families or in hotels. Some families are hosting up to 40 to 50 people and will soon need support as they may quickly run out of resources,” said Babar Baloch, spokesperson for the UN Refugee Agency (UNHCR).

Briefing journalists in Geneva, Mr. Baloch said UNHCR and humanitarian partners are working to support authorities in Senegal, which surrounds The Gambia. The support includes distribution of food and relief items ranging from mattresses to sheets and soap.

As the situation continues, UN officials are voicing particular concern about children, and their access to health care, water, sanitation and education.

The UN Children's Fund (UNICEF) is setting up support for about 40,000 people for three months, and is locating host communities in the border areas to provide shelter to families and potentially provide temporary schooling.

The agency is also working with partners to supply water and sanitation services to the most affected areas on the border.

“Our teams in Senegal and The Gambia are on standby to ensure that children's needs are at the centre of any response as the situation evolves,” said Marie-Pierre Poirier, UNICEF's Regional Director for West and Central Africa. 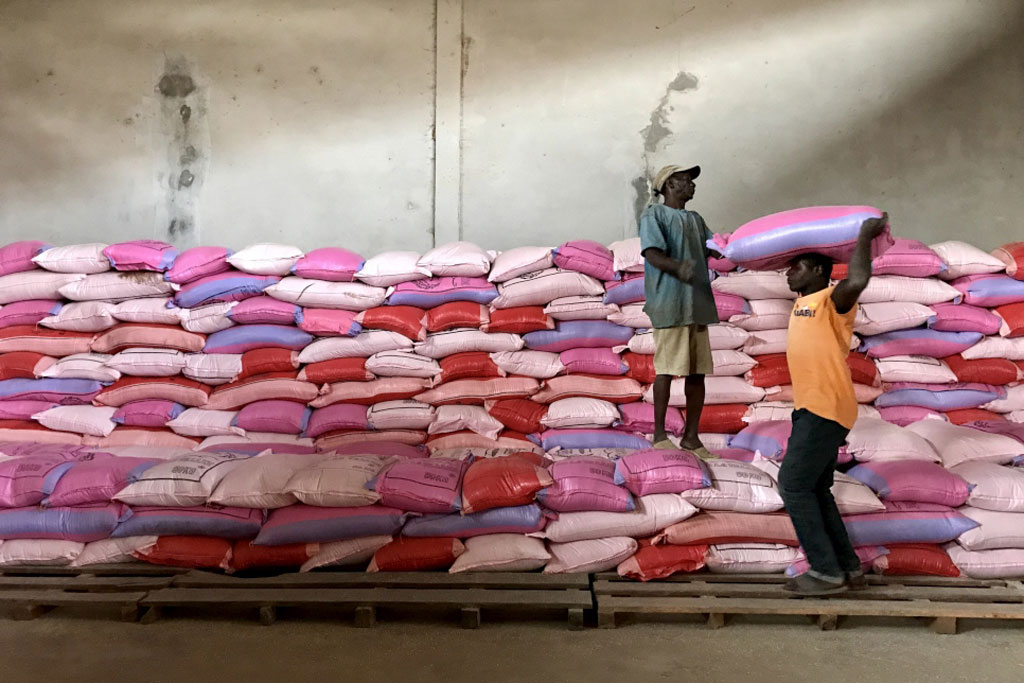 Some 40 tons of food aid arrived in the Ziguinchor region of Senegal on Thursday 19 January 2017 for distribution to recent arrivals from Gambia and host families. Photo: UNHCR/Hélène Caux

The UN agencies have separately voiced concern about the long-term impact of the crisis, if it is not resolved peacefully. Some families are hosting up to 50 people and will soon need support as they may run out of resources, Ms. Baloch said.

In addition to people from The Gambia fleeing, the country had hosted some 8,000 refugees who are “anxious and worried” about the political situation, the spokesperson noted.

Urging all Gambian parties to respect the outcome of the 1 December election recognizing Adama Barrow as the country’s President-elect, the United Nations Security Council today expressed its support for the commitment of West African States to “ensure, by political means first, respect of the will of the people.”