Global economic growth is forecast to accelerate moderately to 2.7 per cent in 2017 after a post-crisis low last year, the World Bank said in a report released today.

“After years of disappointing global growth, we are encouraged to see stronger economic prospects on the horizon,” World Bank Group President Jim Yong Kim said in a news release.

“Now is the time to take advantage of this momentum and increase investments in infrastructure and people. This is vital to accelerating the sustainable and inclusive economic growth required to end extreme poverty,” he added.

The World Bank’s Global Economic Prospects January 2017 said that growth in advanced economies is expected to edge up to 1.8 per cent in 2017. Growth in the United States is expected to pick up to 2.2 per cent, as manufacturing and investment growth gain traction after a weak 2016.

Fiscal stimulus in major economies – particularly in the United States – could generate faster domestic and global growth than projected, although rising trade protection could have adverse effects. But because of the “outsize role the United States plays in the world economy, changes in policy direction may have global ripple effects,” added World Bank Development Economics Prospects Director Ayhan Kose. 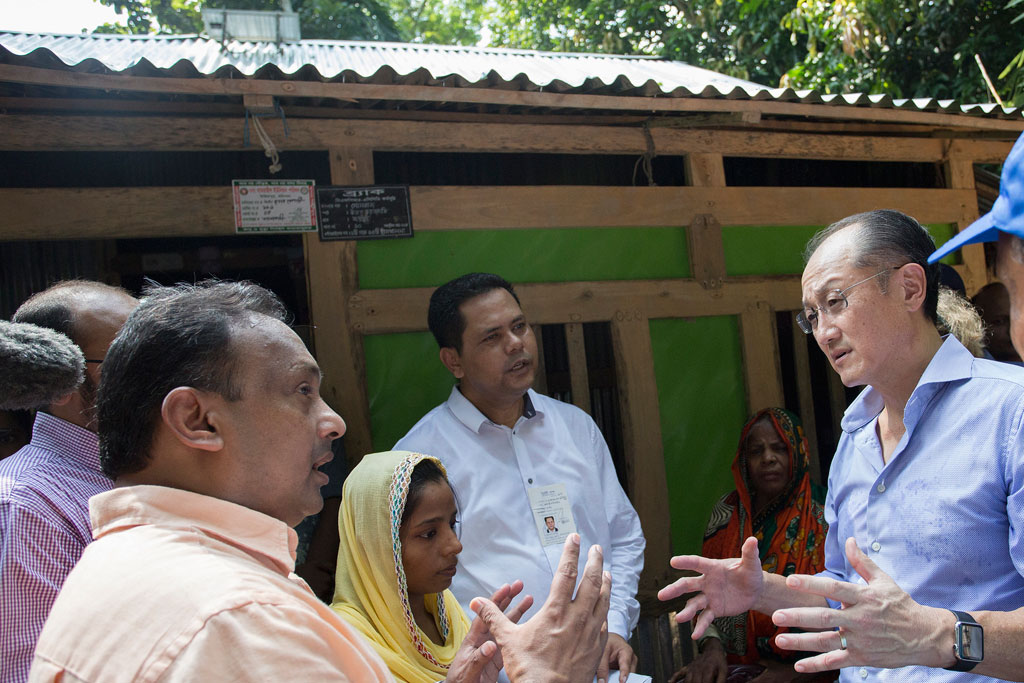 Growth in emerging market and developing economies as a whole should pick up to 4.2 per cent this year from 3.4 per cent in the year just ended amid modestly rising commodity prices.

Nevertheless, the outlook is clouded by uncertainty about policy direction in major economies. A protracted period of uncertainty could prolong the slow growth in investment that is holding back low, middle, and high income countries.

In emerging market and developing economies, which account for one-third of global gross domestic product (GDP) and about three-quarters of the world’s population and the world’s poor, investment growth fell to 3.4 per cent in 2015 from 10 per cent on average in 2010, and likely declined another half percentage point last year.

Commodity-exporting emerging market and developing economies are expected to expand by 2.3 per cent in 2017 after an almost negligible 0.3 per cent in 2016, as commodity prices gradually recover and as Russia and Brazil resume growing after recessions.

In contrast, commodity-importing emerging market and developing economies should grow at 5.6 per cent this year, unchanged from 2016. China is projected to continue an orderly growth slowdown to a 6.5 per cent rate. However, overall prospects for emerging market and developing economies are dampened by tepid international trade, subdued investment, and weak productivity growth.

With two-thirds of Africans expected to live in cities by 2050, how Africa urbanizes will be critical to the continent’s future growth and development, a new report presented by the United Nations Development Programme (UNDP) has found.