UN Photo/Jean-Marc Ferré
Special Rapporteur on the promotion and protection of the right to freedom of opinion and expression David Kaye.
11 January 2017

“I strongly urge the Government of Pakistan to take every step possible to locate the four missing activists, a first step toward reemphasizing its commitment to freedom of expression at the beginning of the year,” said David Kaye, the UN Special Rapporteur on the right to freedom of expression, in a news release from the Office of the UN High Commissioner for Human Rights (OHCHR).

According to the news release, the four men –Waqas Goraya, Asim Saeed, Salman Haider and Ahmed Raza Naseer – went missing between 4 and 7 January. Mainstream media outlets had accused them of promoting blasphemy, a criminal offense in Pakistan.

“Free expression campaigners and experts have long called for the abolition of criminal blasphemy provisions in Pakistan, which may carry the death penalty,” Mr. Kaye noted. “Not only are such laws incompatible with international human rights law, but they also facilitate threats by state and non-state actors seeking to target expression.”

The Special Rapporteur stressed that “all States have an obligation to promote a diverse space and culture for expression, but such culture does not create itself.” 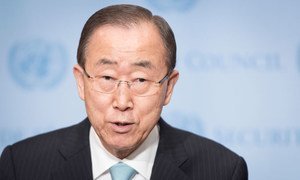