UN MINUSTAH
Thanks to a water supply system funded by MINUSTAH, 18,000 people are now able to collect clean water in the remote neighbourhood of Los Palis, commune of Hinche, Haiti.
9 January 2017

The top United Nations humanitarian official in Haiti recently inaugurated the third phase of a project that will provide clean water to the community of Los Palis in the district of Hinche, located in the centre of the Caribbean island nation – part of the world body’s efforts to help the country deal with cholera epidemic there.

Funded by the UN Nations Stabilization Mission in Haiti (MINUSTAH), which provided more than $95,000 for the project, the venture will supply water to 18,000 people who have often been forced to draw water from sources such as ponds formed by overflowing nearby rivers. Residents drinking from such unsafe water sources have suffered diarrhoea, dysentery, cholera and water-related infections.

Speaking at the inauguration ceremony on 5 January, the UN Resident and Humanitarian Coordinator in Haiti, Mourad Wahba, said the project's origins can be traced to 2014, when the then-Secretary-General, Ban Ki-moon, visited Los Palmas.

"He saw the situation in relation to water, cholera and other diseases, and he announced a programme, the third phase of which we are inaugurating now,” Mr. Wahba said, adding that the project benefited from MINUSTAH’s contribution but also from the new approach of the United Nations to eliminate cholera and all water-borne diseases in Haiti. 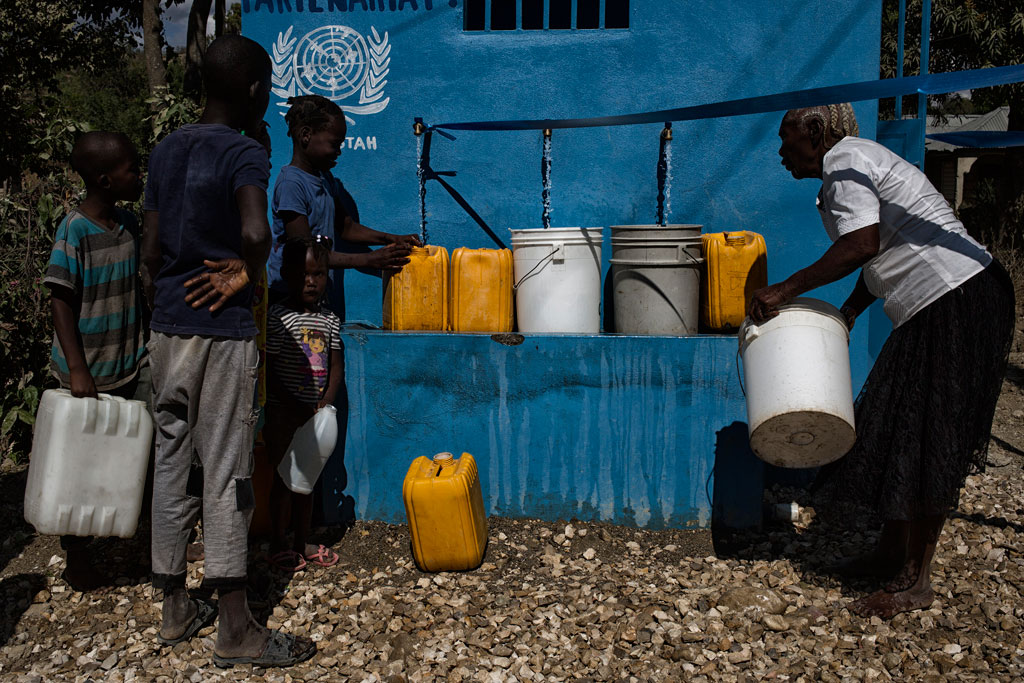 About 18,000 people are now able to collect clean water in the remote neighbourhood of Los Palis, commune of Hinche, Haiti, from a water supply system funded by MINUSTAH. Photo: UN/MINUSTAH

“The best way to do this is through drinking water, sanitation and vaccination projects,” he said.

According to MINUSTAH – where Mr. Wahba also serves as the deputy head – people from Los Palis, particularly women and children, previously had to walk miles to remote, mountainous areas to bring home drinking water in order to prevent their relatives from being exposed to poor quality water and water-related diseases.

The Mission added that like all so-called ‘quick impact projects’ it carries out, this latest effort is intended to help support Haitian authorities in improving public infrastructure and living conditions for the population.

Under its new approach, the United Nations is intensifying support to the Haitian government in building sound water, sanitation and health systems while developing a support package to provide material assistance to Haitians most directly affected by cholera. 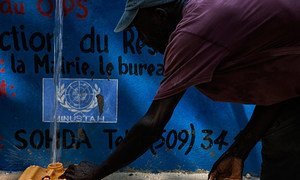 Sandra Honoré, the Special Representative of the Secretary-General (SRSG) for Haiti and Head of the United Nations Stabilization Mission in Haiti (MINUSTAH), inaugurated on 8 December a water capture and distribution project in the town of Merger, an hour outside of the Caribbean nation’s capital Port au Prince.