UNICEF/Maxence Bradley
UNICEF and its partners, together with the government of Haiti, have been able to ensure safe water is available daily to over 281,000 individuals, including over 118,000 children, three months after hurricane Matthew struck the country on 4 October 2016.
5 January 2017

Responding to the humanitarian needs in Haiti, which witnessed massive destruction by Hurricane Matthew in early October last year, the United Nations Children's Fund (UNICEF) continues to deliver aid and provide relief to those most affected by the storm.

Responding to the humanitarian needs in Haiti, which witnessed massive destruction by Hurricane Matthew in early October last year, the United Nations Children's Fund (UNICEF) continues to deliver aid and provide relief to those most affected by the storm.

Working with its partners and the Government, UNICEF has provided assistance through which some 280,000 individuals, including more than 118,000 children, have gained access to safe water. It has also contributed to a cholera vaccination campaign in November, that reached more than 800,000 people (including more than 300,000 children between the ages of one and 14), ensuring that information on prevention of cholera is properly disseminated.

“Three months after [Hurricane] Matthew, we can already see improvements: safe water is increasingly available, the vast majority of schools have reopened as have a number of health facilities; and areas that are the most difficult to access are receiving assistance,” said Marc Vincent, UNICEF Representative in Haiti.

“UNICEF is continuing to fulfil its mandate and obligations to emergency and development efforts,” he added.

More than two million people, including 900,000 children were affected by the hurricane. Of these people, 1.4 million, including 600,000 children require humanitarian assistance. In addition to the personal losses of homes and crops, more than 716 schools, many health facilities and existing sanitation infrastructure were damaged. The storm also caused significant loss to the agricultural sector and people's livelihoods. 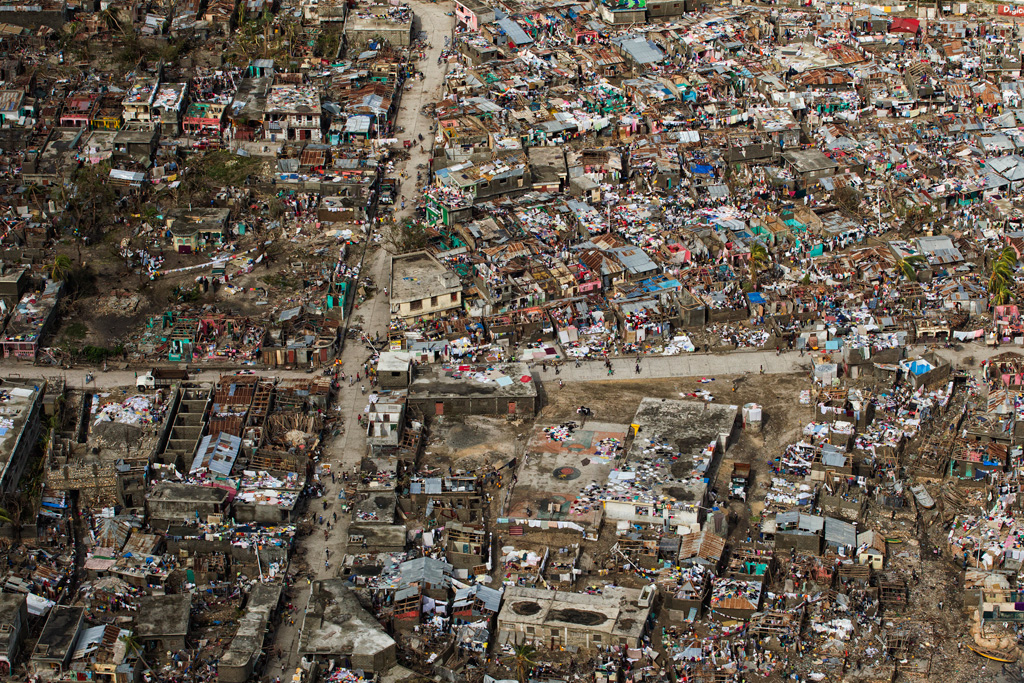 An arial view of Jeremie, one of the cities in Haiti, that faced the full force of Hurricane Matthew as it stuck the island on Tuesday, 4 October 2016. Photo: UN/MINUSTAH/Logan Abassi

In response, UNICEF has worked closely with communities on programmes to tackle malnutrition affecting both children and adults. It is also supporting families that have lost their livelihoods to prevent child separation as well as reduce the potential for child abuse and neglect.

In the health and education sectors, the UN agency has restored cold-chain systems of 37 health facilities, equipped 35 malnutrition outpatient and two inpatient treatment centres in the Grand'Anse and Sud departments – where the storm made landfall. UNICEF has also restored 14 schools, making it possible for 4,200 students to return to classes. Another 107 schools are in various stages of rehabilitation.

UNICEF has also established two sub-offices – one in Les Cayes (in Sud) and the other in Jérémie (in Grand'Anse) – to better deliver its services to the affected population on the ground.

However, funding remains a challenge for the agency. As of the end of 2016, its $36.6 million appeal is about 85 per cent funded and UNICEF has called on donors to provide it with the support it needs to enable Haitian children and their families benefit from safe water, sanitation, protection, education and healthcare services.

There are "still children whose lives are threatened" three months on from the devastating hurricane which hit Haiti, according to the UN Children's Fund, (UNICEF). Credit: UN News 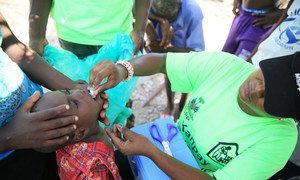 More than 729,000 Haitians vaccinated against cholera in UN-supported campaign