On his first day in office, United Nations Secretary-General António Guterres called for teamwork, telling staff at the world body’s New York Headquarters that it is not enough to the “do the right thing, we need to earn the right to do the right thing.”

“It is very important for us to recognize our achievements […] but we also need to recognize our shortcomings, to recognize our failures and where we are not able to deliver as we should,” he said, outlining the multitude of challenges – ranging from complex conflicts to global terrorism – confronting the world.

Mr. Guterres called on the entire Organization for a collective effort to address the shortcomings and underlined the need to reform the UN development system, as well as address bureaucratic constraints that hamper its performance, saying the world body must try and get rid of its “bureaucratic straight jacket.”

“There are no miracles […] and the only way for us to achieve our goals is to work as a team,” he said.

In his remarks, the UN chief also recalled the selection process that culminated with the UN General Assembly appointing him as the ninth chief of the global body in October last year. “I know that the way this selection process has been developed has raised a lot of expectations,” he noted.

On his first day at UN Headquarters since becoming the head of the world body on 1 January 2017, Secretary-General António Guterres paid tribute to UN personnel who have lost their lives in the line of duty, and addressed colleagues.

“This requires a lot of efforts from ourselves but also a lot of dialogue with [UN] Members States and to overcome the divides that still exist in the Organization,” he added.Mr. Guterres’ first day at UN Headquarters as Secretary General began with the laying of a wreath at the Memorial Wall in the Visitors’ Lobby.

Shortly after taking office two days ago, he made an appeal for peace. “Let us make 2017 a year in which we all – citizens, governments, leaders – strive to overcome our differences,” Mr. Guterres said Sunday morning, urging people to share his New Year's resolution: “Let us resolve to put peace first.” 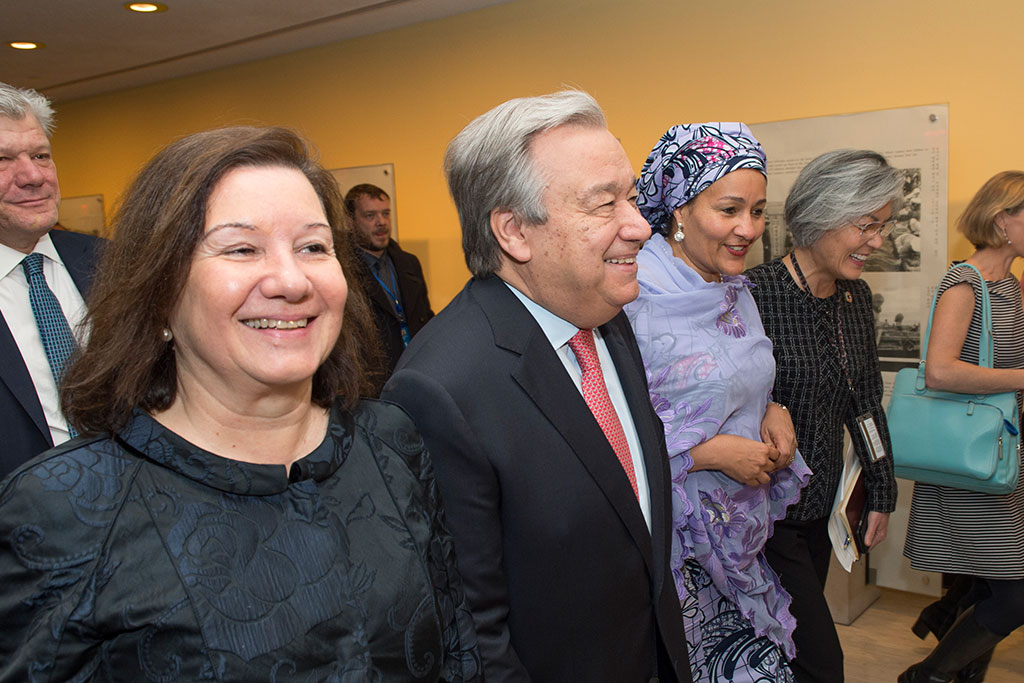 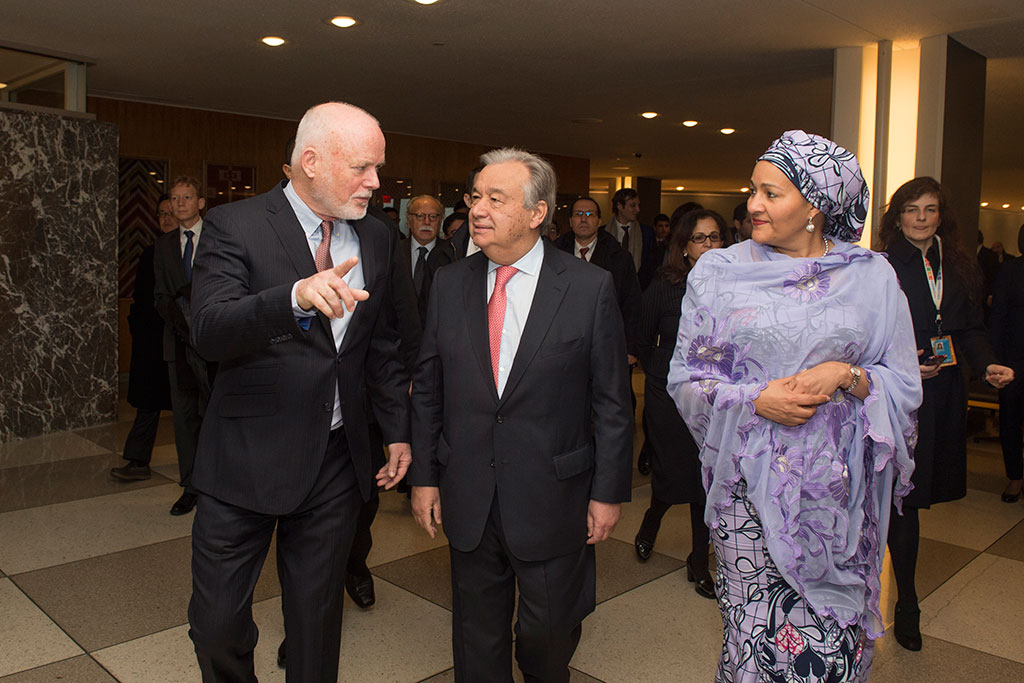 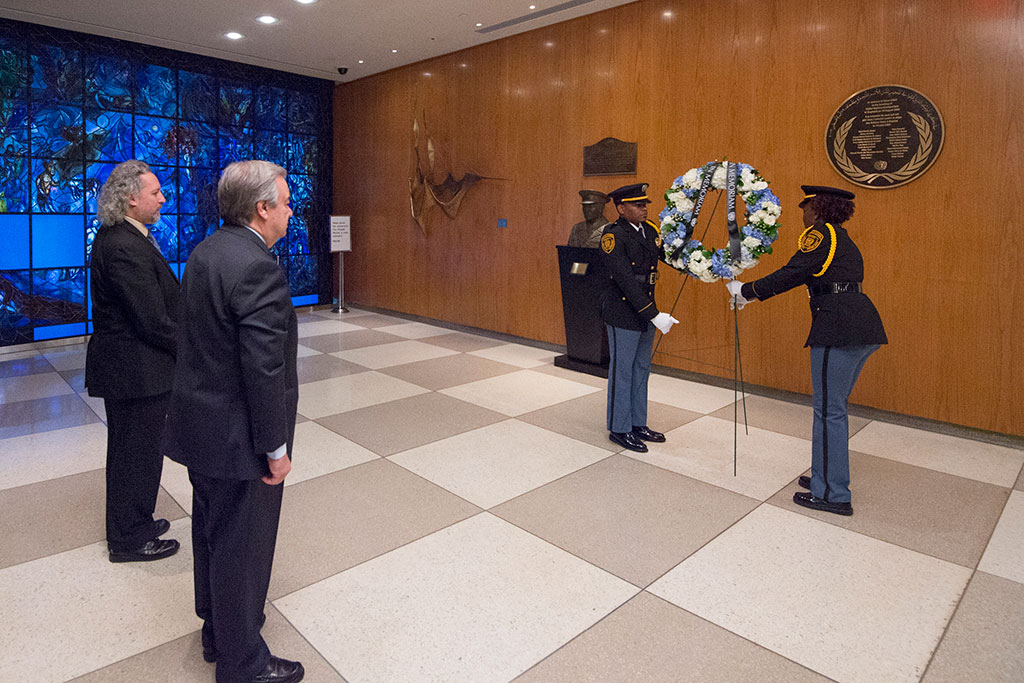 Mr. Guterres’ first day at UN Headquarters as Secretary General began with the laying of a wreath at the Memorial Wall in the Visitors Lobby of UN Headquaters in honour of UN staff fallen in the line of duty. UN Photo/Eskinder Debebe 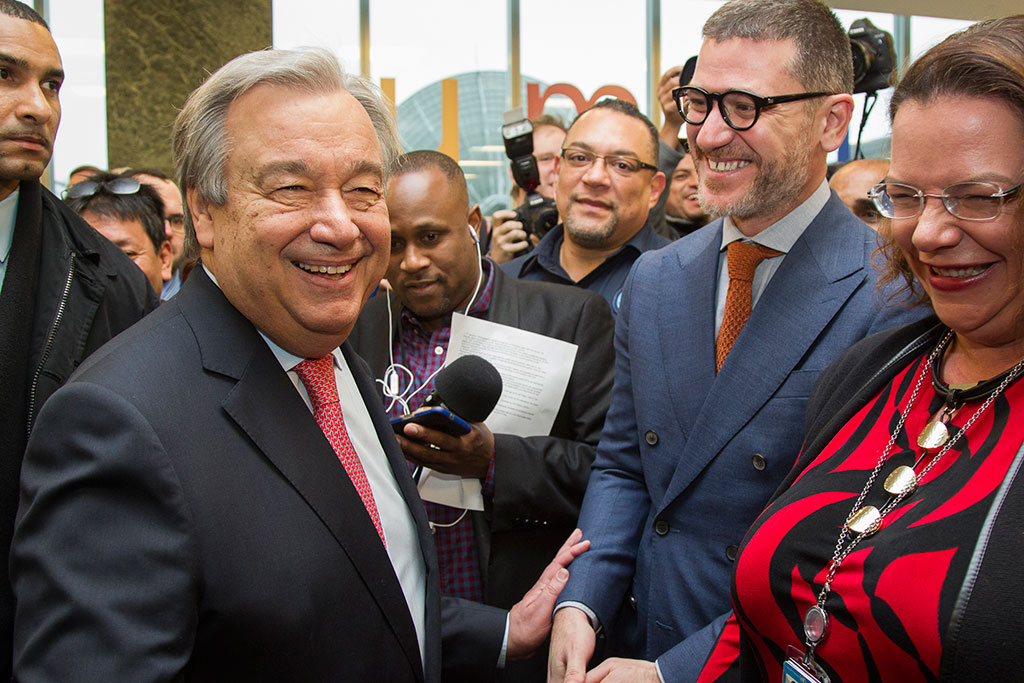 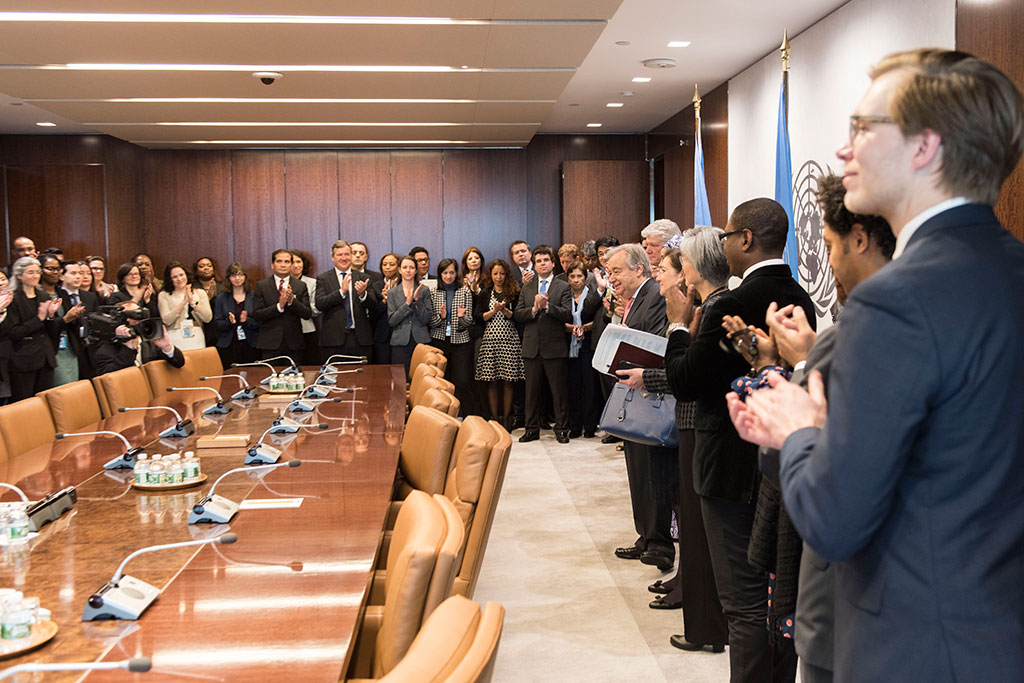 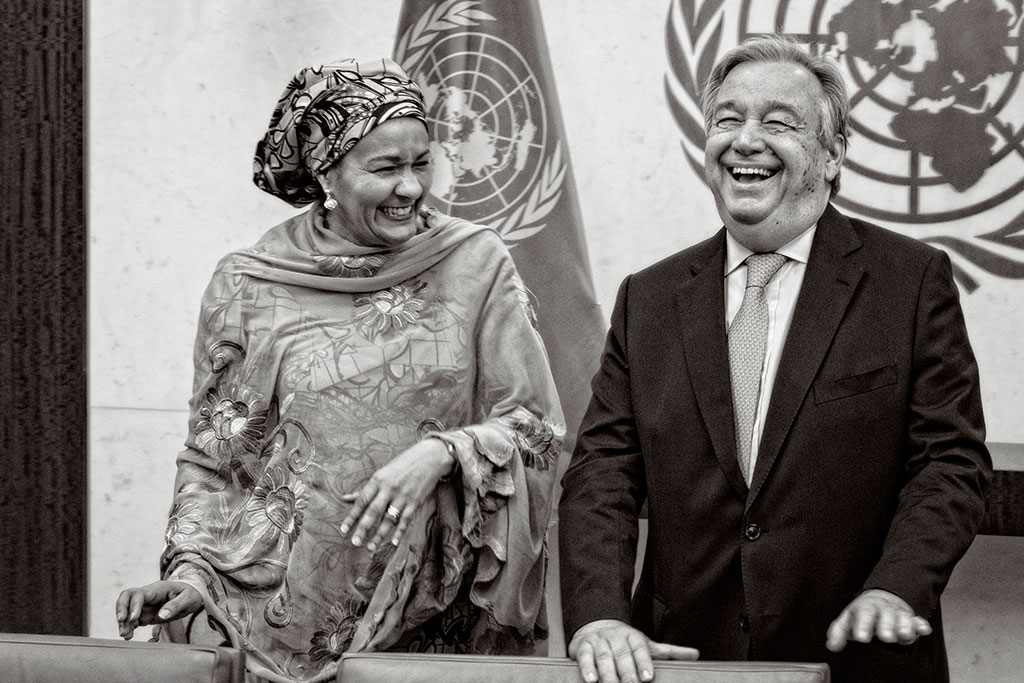