A “very large, dangerous, difficult and complex evacuation” entered its final phase today –mainly from eastern Aleppo and from the two villages Foah and Kefraya – a senior United Nations humanitarian envoy announced, adding that it is “now a race against the clock and the winter to provide safety for the desperate people that have been trapped in the besieged city.

Following today’s meeting in Geneva of the Humanitarian Access Task Force of the International Syria Support Group (ISSG), Jan Egeland, the UN Senior Adviser on Syria, said that some 35,000 had left eastern Aleppo in over 200 buses and perhaps 750 cars and trucks, all leaving through the Ramouseh gate, where the UN has posted observers

Describing the operation as “very complex,” he thanked the Syrian Arab Red Crescent, and the International Committee of the Red Cross (ICRC), as well as the UN team in place, working in shifts night and day alongside all Red Cross and Red Crescent colleagues who had organized the evacuation from east Aleppo.

Mr. Egeland also thanked the 32 non-governmental organizations that had worked with the UN in Idlib and in rural Aleppo, where, he said, tens of thousands of people from east Aleppo now joined “hundreds and hundreds of thousands [already internally displaced]. It is a race against the clock and against the winter to provide shelter, warmth and relief to people who are sick, exhausted, and malnourished from five years of war.”

Meanwhile, he said that the UN needed more presence in all of the areas where there is fighting, and where tensions are still boiling. “Our presence means protection and that’s the whole purpose of the Security Council resolution [adopted on 19 December]: monitoring will lead to protection.” 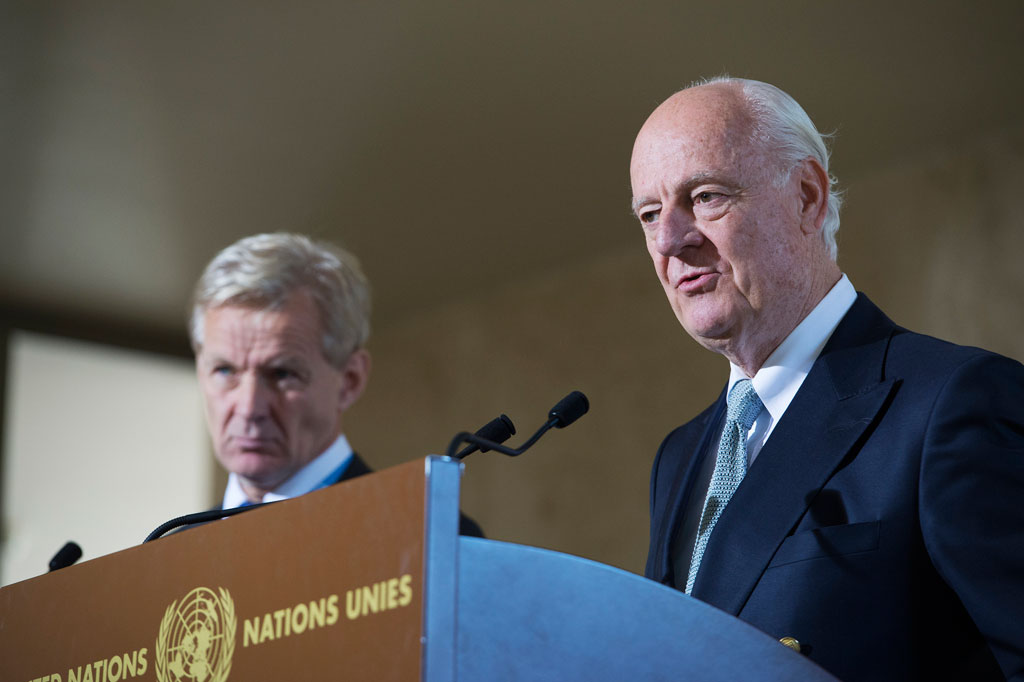 Yet he acknowledged that at the moment, it is a “limited but important” UN contingent of 31 international and national staff dedicated to monitoring, in addition to the 100 people from the UN in Aleppo that are there for the very large assistance operation. “More people are on their way and we have requested full and unimpeded access to all areas in eastern Aleppo.”

“To get this protection we need all of these permits that are so slow to get now from the Syrian Government, from the Governor’s office, from all of these institutions in Syria that are slow to give us the access we need,” Mr. Egeland underscored, adding that while the UN would have liked to be a part of all of the negotiations that take place that have humanitarian implications, “all in all, this was the largest operation that I know of that took place and I think it saved a lot of lives and I think it means that the end of the battle proved to be less cruel than it could have been.”

Finally, he stressed that there are 15 besieged areas beyond east Aleppo, “and it hasn't gotten better in these areas because all eyes were on Aleppo.” Indeed, so far, only one convoy in December reached Khan Elshih, a Palestinian village south-west of Damascus. “Six thousand people got finally relief there, but all the other places have not yet gotten relief in December. November was also a very bad month.”

For his part, UN Special Envoy for Syria Staffan de Mistura said the bottom line remains now, humanitarian access and aid to those who have been in need – not only in Aleppo but elsewhere as well – and the cessation of hostilities and building momentum on the political process. To this end he reiterated his announcement from earlier in the week that with “renewed unity in the UN Security Council,” it is perhaps time to relaunch the intra-Syrian talks.

“We announced the 8th of February, and in Geneva,” he said noting that the new UN Secretary-General would be in Office, among other initiatives and events, that could lead to “a common approach, which is the only one under Security Council resolution 2254 (2015), which endorsed a road map for the a peace process in Syria.

The ISSG has established respective taskforces on humanitarian aid delivery and a wider ceasefire. They have been meeting separately since early this year on a way forward in the crisis. Russia and the United States are the co-chairs of the taskforces and the ISSG, which also comprises the UN, the Arab League, the European Union and 16 other countries.