UNHCR/Andreas Kirchof
Two refugee children who have arrived in Democratic Republic of the Congo with a group of more than 400 other refugees from the region around Yei in South Sudan.
19 December 2016

Amid growing tensions and increasing despair among South Sudan’s population, United Nations Secretary-General Ban Ki-moon today warned that the international community’s failure to act now could put the country on a trajectory towards mass atrocities.

“It is time to put the people of South Sudan, and not its leaders, at the forefront of any strategy,” Mr. Ban told the Security Council in a briefing that also featured UN Emergency Relief Coordinator Stephen O’Brien.

“We should be united and determined in following through with severe consequences for those who impede the path to peace and stability,” stressed the Secretary-General.

The UN chief informed the Council of reports suggesting that South Sudanese President Salva Kiir and his loyalists are contemplating a new military offensive in the coming days against the Sudan People's Liberation Movement (SPLM)-In Opposition, as well as of reports that long-time rival Riek Machar and other opposition groups are pursuing a military escalation.

Underscoring that the parties in South Sudan must be prevented from launching any military operation, particularly with the beginning of the dry season, Mr. Ban stated: “I urge the Security Council, regional leaders and the international community to make it clear to President Kiir and Riek Machar that initiation of a military offensive will carry serious consequences.” 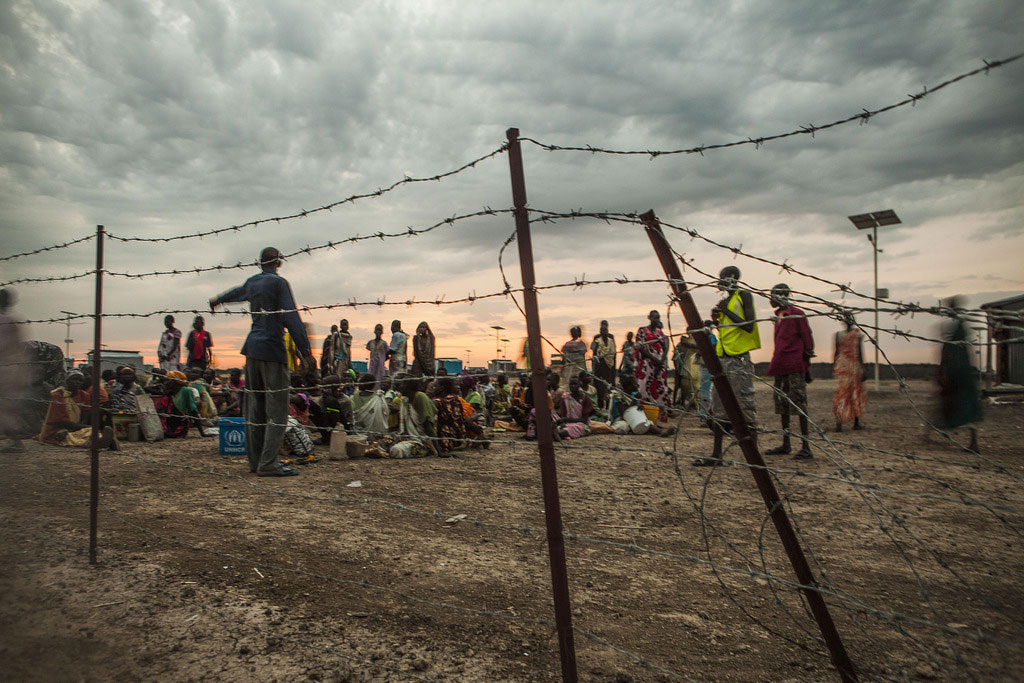 Reiterating his call for an arms embargo, the Secretary-general said such a measure “would diminish the capacity of all sides to wage war.”

The conflict in South Sudan has already assumed an ethnic dimension.

Sounding the alarm at the rising ethnic tensions in the country, including increasing hate speech from many in leadership positions as well as the warning from Adama Dieng, the UN Special Envoy for the Prevention of Genocide, Mr. Ban underlined: “I am afraid that process is about to begin unless immediate action is taken. The Security Council must […] send a clear warning that hate speech, incitement and violence must end, and that there will be accountability for mass atrocities and other crimes.”He also told the Council that the UN Mission in the country (UNMISS) continued to face serious restrictions on its freedom of movement throughout the country, and called on the Government to fulfil its pledges of unconditional acceptance of the deployment of the Regional Protection Force.

“Words alone are insufficient. They must be matched by practical actions that demonstrate a strategic shift to fully cooperate with the United Nations and all partners for peace.”

Concluding his briefing, Mr. Ban noted that the people of South Sudan have suffered far too much, for far too long.

“Its people will be the target of those atrocities while they pin their hopes on the international community in general and the Security Council,” he said, adding: “I appeal to the Security Council to act, to act now, in fulfillment of its responsibility and in support of ongoing regional efforts.”

After Srebrenica and Rwanda. Given the clear facts and evidence this evening in South Sudan, how many more clues do you, do we all, need to move from our anxious words to real, preventative action?Emergency Relief Coordinator O’Brien

Further today, Stephen O’Brien, who is also the head of the UN Office for Coordination of Humanitarian Affairs (OCHA) stressed that decisive action is needed to end the violence and that it is incumbent upon the Security Council to make sure the necessary action is taken.Drawing the attention of the Council to the challenges faced by aid workers, he said:

“I am appalled to highlight that around 67 per cent of [the incidents of] violence against humanitarian workers or assets. […] Last month, one hundred reports of humanitarian access incidents were documented – the highest number in any month since June 2015.”

The situation is particularly difficult in locations where towns are controlled by one party to the conflict and surrounded by another. For instance, in Yei (Central Equatoria province) and in Wau (Western Bahr el Ghazal province) tens of thousands are estimated to be in need of humanitarian assistance.

“The recent proliferation of armed actors has increased the complexity of access negotiations and heightened risks to aid workers,” he added.

“After Srebrenica and Rwanda. Given the clear facts and evidence this evening in South Sudan, how many more clues do you, do we all, need to move from our anxious words to real, preventative action? How many lives, how many women, men and children, can you, can we all, save if you and those with influence over the parties act decisively today?” 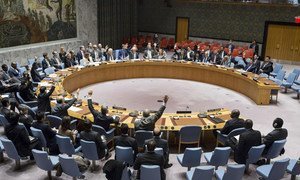 Approving a one-year extension of the United Nations Mission in South Sudan, the Security Council today demanded an end to the fighting in the war-riven country, and decided that the mission, known as UNMISS, shall “use all necessary means” to “deter and prevent” sexual violence within its capacity, and “monitor, investigate and report incidents of hate speech.”