UNICEF/UN043357/Al-Issa
Children and their parents gather around a fire to keep warm in the yard of a large warehouse in Jibreen, now used as a shelter for thousands of families who fled violence in eastern Aleppo.

19 December 2016
Alarmed at the “devastating” humanitarian crisis in Aleppo, where perhaps thousands of civilians remain trapped, the Security Council today requested the United Nations and other relevant institutions to carry out “adequate, neutral monitoring and direct observation on evacuations from the eastern districts” of the war-battered city.

Through a unanimously adopted resolution, the Council also requested the UN to ensure further deployment of staff for Monitoring and reporting on the evacuations, as needed and demanded all parties to provide these monitors with safe, immediate and unimpeded access.

Noting that “urgent humanitarian evacuations and assistance are now needed by a large number of Aleppo inhabitants,” the Council demanded that all parties provide the UN and it is implementation partners with safe, immediate and unimpeded access to ensure that humanitarian assistance reaches people “through the most direct route, in order to meet basic needs, including the provision of medical care.”

The French-led resolution also calls on all parties to respect and protect all medical and humanitarian personnel, “their means of transport and equipment, as well as hospitals and other medical facilities throughout the country.”

The Secretary-General is requested “to take urgent steps to make arrangements, including security arrangements in consultation with interested parties, to allow the observation by the [UN} and other relevant institutions of the well-being of civilians,” and to report back to the Council within five days.

Thousands of civilians are reportedly awaiting evacuations to resume today.

The Security Council today unanimously adopted a resolution requesting the UN and other relevant institutions to carry out “adequate, neutral monitoring and direct observation on evacuations from the eastern districts” of the war-battered Syrian city of Aleppo.

Today's decision comes after the Council's two most recent attempts to take action on Syria: on 8 October, Russia vetoed a resolution that would have called for an end to military flights over Aleppo; and on 5 December, a measure calling for a seven-day ceasefire in the beleaguered city failed to pass after negative votes by both China and Russia. In all, Russia has vetoed six texts on the Syrian conflict, while China has vetoed five of those six.

Meanwhile, top UN officials have welcomed the adoption of the resolution and expressed hope that the civilians in the war-ravaged city will finally be able to receive much needed protection and assistance.

“Our task now is to turn these words into meaningful action,” said the UN’s Emergency Relief Coordinator and the head of its relief wing (OCHA), Stephen O’Brien, shortly after the Council action.

“We stand ready to scale up our presence and efforts across the entire city, in line with the resolution and international humanitarian law,” he noted, but added wearily: “This can be done immediately, but only if the parties live up to this resolution.”

Also welcoming the adoption of the resolution, the UN Special Envoy for Syria, Staffan de Mistura, expressed the hope that this could be the beginning of the restoration of unity in the Security Council and said he believed “it is vital to build on this initial momentum with further steps.”

As indicated in his briefing the Security Council on 21 September 2016, and more recently on 8 December 2016, he has been intensively working towards convening the formal intra-Syrian talks mandated in Security Council resolution 2254 (2015). To that end, Mr. de Mistura announced that it is the intention of the United Nations to convene those negotiations in Geneva on 8 February 2017.

The UN emergency food relief agency (WFP) too has scaled up its operations in the city, providing hot meals, bread and rations to more than 20,000 displaced people every day. It has also mobilized food stocks to meet the food needs of up to 150,000 people. 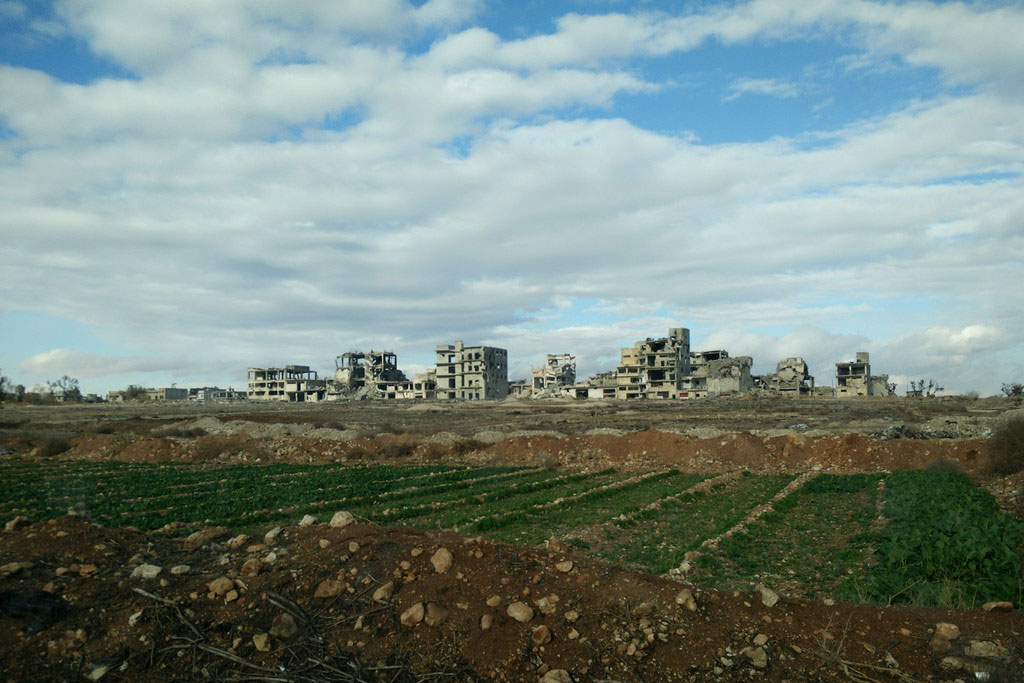 Severely damaged or destroyed buildings along the way to a refugee shelter in Jibreen, Aleppo. 2 December 2016. Photo: OCHA Syria/L. Tom

Highlighting the plight of civilians, Ertharin Cousin, the head of WFP underscored: “All Syrians – no matter where they are – deserve nothing less than food, shelter and safety from the continuing conflict.”

Beyond Aleppo, WFP is supporting more than four million Syrians affected by the conflict. There are nearly one million people residing in areas that remain besieged that WFP cannot reach on a regular basis. 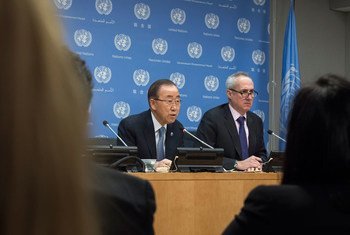 16 December 2016
In his last press conference as United Nations Secretary-General, Ban Ki-moon today delivered stark warnings on two issues at the forefront of international concern: that “the carnage in Syria remains a gaping hole in the global conscience;” and that South Sudan faces a risk of genocide as the country leaders have “squandered a peace agreement.”