Israelis and Palestinians must ‘rebuild trust in each other,’ Ban tells Security Council

UNICEF/Mouhssine Ennaimi
Halamish, an Israeli settlement, stands in the northern West Bank, near the Palestinian village of Nabih Saleh.
16 December 2016

While the international community must spare no effort revive waning support for the long-sought two-state solution for Middle East peace, Secretary-General Ban Ki-moon told the United Nations Security Council today that “ultimately, it is up to the Israelis and the Palestinians to make peace,” and called on the two sides to “rebuild trust in each other.”

“Despite early optimism, attempts at reaching a final resolution failed to make headway and were upended with the eruption of conflict in Gaza in December 2008. Further attempts at peace in 2010 and 2013 were equally eclipsed by renewed hostilities [and] the summer of 2014 saw the most devastating conflict in Gaza to date,” said Mr. Ban, recalling the situation in the region when he assumed office in 2006.

“We are fast approaching a precipice as a direct result of the actions of those seeking to destroy the prospects for peace,” he cautioned.

Calling on both sides to implement the recommendations put forward by the so-named diplomatic Quartet on the Middle East peace process in its recent report to break the deadlock, he added: “This would demonstrate that Israelis and Palestinians are serious about building trust and laying the foundations for meaningful negotiations that will end the occupation […], establish a viable, independent Palestinian state and resolve all final status issues.”

He also expressed concern over Israel’s settlement activity beyond the 1967 line as well as a bill currently under discussion at the parliament which risks the “regularization” of more than 50 outposts and thousands of housing units built on private Palestinian land in the West Bank. 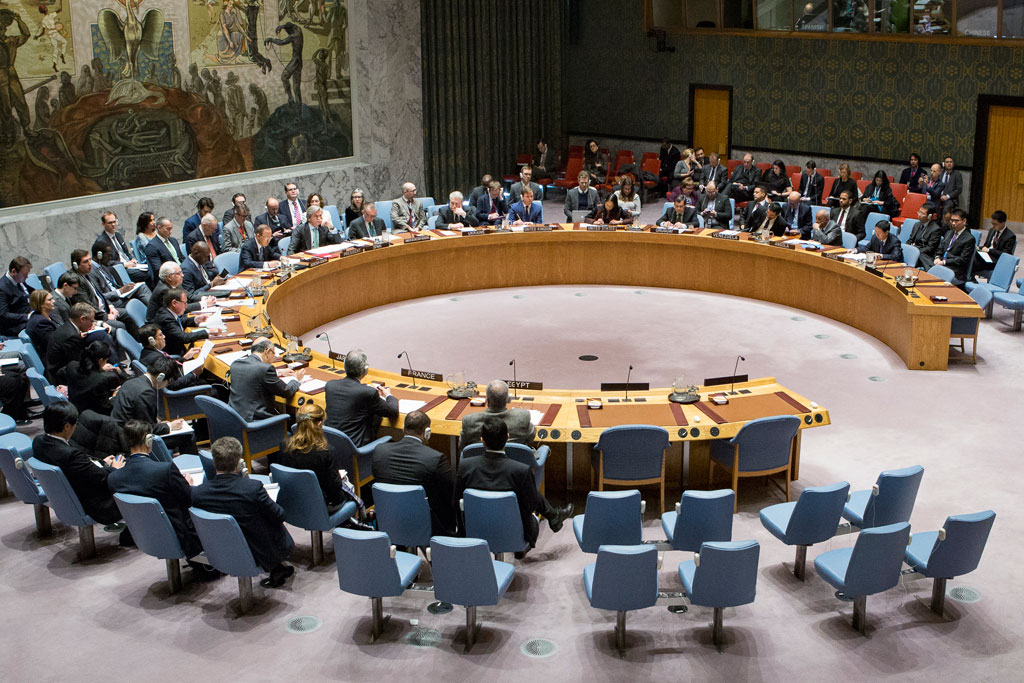 A wide view of the Security Council Chamber as Secretary-General Ban Ki-moon addresses the Council's meeting on the situation in the Middle East, including the Palestinian question. UN Photo/Manuel Elias

Mr. Ban also called on Palestinian authorities take “brave and concrete steps” to address incitement and violence. “Acts and statements that glorify terror are unacceptable. I have repeatedly and strongly denounced incitement and all acts of terror. Stabbings, vehicle rammings and other attacks by Palestinians do nothing to advance their dream of statehood,” he said. He also noted the failure to hold Palestinian general elections remained one of the clearest signs of disunity as well as of the fragile Palestinian democratic process.

“The division between the West Bank and Gaza can be overcome only with the formation of a single, legitimate, inclusive Palestinian government, on the basis of PLO [Palestine Liberation Organization] principles,” he said.

Recalling his trips to Gaza, Mr. Ban cautioned that Gaza is a “tinder box”.

“It is almost certain to explode unless movement and access restrictions are lifted and humanitarian needs are addressed; unless rocket attacks, tunnel construction and smuggling stop; unless progress is made on establishing a Palestinian state, with Gaza an integral and peaceful part,” he said.

Looking to the future, Mr. Ban urged the Security Council to “reaffirm without reservations that there is no alternative to the two-state solution.”

He called on the international community to not give up on the right of Palestine to exist, just as it must protect the right of Israel to exist in peace and security with its neighbours, he urged Council members to explore the potential of incentives and begin immediately to develop, in consultation with the parties, an agreed framework for advancing a final resolution to this conflict on the basis of direct negotiations.

“For ten years, I pressed Israelis and Palestinians to start believing in a common future, bound by their undeniable historic, religious and national connection to the land. These aspirations have not been fulfilled,” he said.

“Ultimately, it is up to the Israelis and Palestinians to make peace – we cannot do it for them. They must rebuild trust in each other, as the only way to address the fears and suspicions that have led to the deep polarization we see today. At the same time, we all can and must contribute to building trust, so sorely needed in the Middle East and the world today,” concluded Secretary-General Ban. 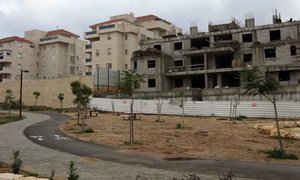 The United Nations envoy on the Middle East peace process today warned against Israel's move to adopt the so-called 'legalization bill,' which aims to protect illegal settlements and outposts built on private Palestinian property in the West Bank, “but which some have said could be a step towards annexation” of the area.