OCHA/L. Tom
A woman and her children wait for transportation in Aleppo, Syria.

14 December 2016
Expressing shock at the apparent collapse of a deal enabling evacuation of thousands of civilians from eastern Aleppo, the United Nations human right chief said today that the resumption of extremely heavy bombardment by Syrian Government forces and their allies on civilian-populated areas “is almost certainly a violation of international law and most likely constitutes war crimes.”

“The way this deal was dangled in front of this battered and beleaguered population – causing them to hope they might indeed live to see another day – and then snatched away just half a day later is also outrageously cruel,” High Commissioner for Human Rights Zeid Ra’ad al Hussein said in a statement issued by his Office (OHCHR).

“Any evacuation of the civilians in eastern Aleppo must be carried out in compliance with international law. The Syrian Government has a clear responsibility to ensure its people are safe, and is palpably failing to take this opportunity to do so,” he added, citing that the buses ferrying evacuees were reportedly blocked by pro-Government militia.

The agreement was there, the buses were in place, the first convoy had set off and was then reportedly blocked by pro-Government militia. This is inexcusableHigh Commissioner Zeid

In the statement, the top UN human rights official also emphasized the obligation of the Syrian Government to provide medical assistance to all sick and wounded people – civilians and fighters alike. 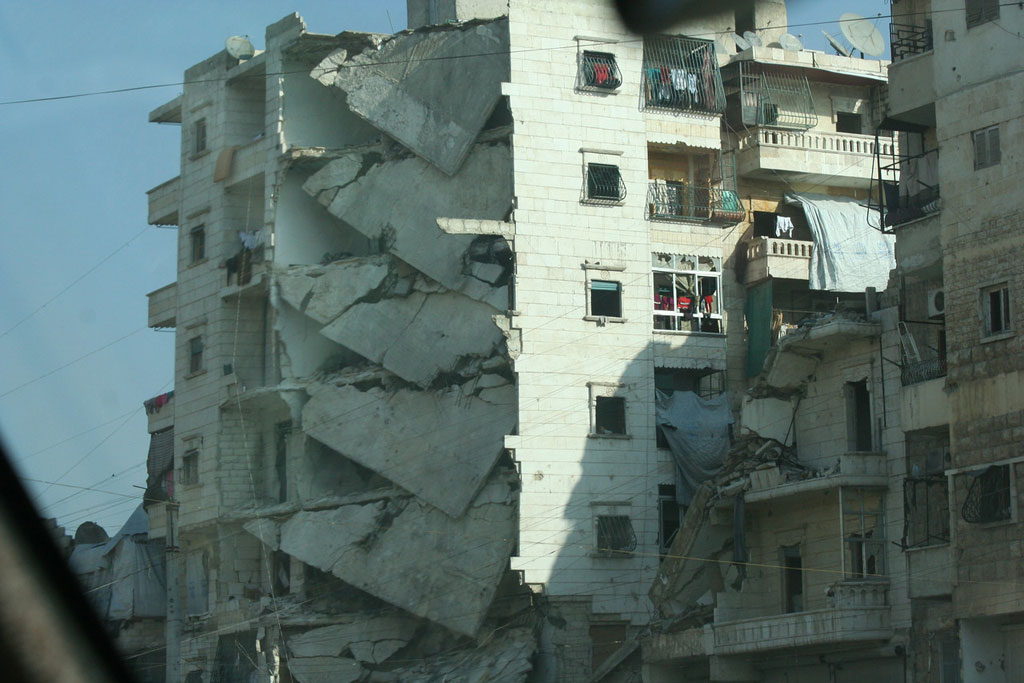 In a statement today, the Commission said the “Syrian Government in concert with allied forces now exercise effective control over eastern Aleppo, and therefore bear the primary responsibility for preventing such violations, including possible acts of reprisals.”

“Commanders within their ranks must ensure discipline of their troops, as well as hold transgressors to account,” it stressed.

It added that it also received allegations of opposition groups, including the terrorist group Jabhat Fatah al-Sham (formerly Jabhat al-Nusra) and Ahrar al-Sham preventing civilians from leaving as well as opposition fighters embedding themselves within the civilian population, thus heightening the risk to civilians of being killed or injured.

The Commission further added the “unrelenting bombardment” over eastern Aleppo since July had devastated all remaining pockets held by armed groups.

“Health facilities have all but vanished due to airstrikes, often targeted in order to devastate civilian infrastructure. Severe shortages of food and plunging temperatures have additionally contributed to the loss of civilian life, particularly amongst infants,” it noted.

Underscoring the need to discourage the “illusion that military victory is still possible,” the Commission emphasized: “All States with influence over the warring parties are aware that a return to political negotiations is critical to prevent further massive loss of innocent lives.” 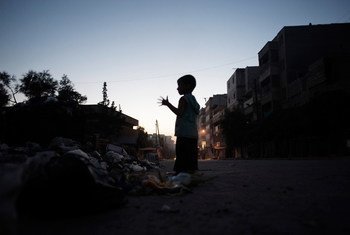 ‘It is past time for you to act’ to end carnage in Aleppo, UN chief tells emergency Security Council session

13 December 2016
Aleppo should represent the end of the quest for military victory, not the start of a broader military campaign in a country already ravaged beyond all recognition by five years of war, United Nations Secretary-General Ban Ki-moon told an emergency meeting of the Security Council today, calling on the 15-member body to “do all we can to stop the carnage” and ensure that all the parties in the “wretched” conflict seek an inclusive political resolution.