WMO/Olga Khoroshunova
By absorbing much of the added heat trapped by atmospheric greenhouse gases, the oceans are delaying some of the impacts of climate change.
14 December 2016

Since April, an unprecedented 3.6 million square kilometres of ocean – an area larger than India – have been designated as marine protected areas (MPAs), meaning for the first time, more than 5% of the world’s oceans are now protected.

“The establishment of so many new protected areas is tremendous news and should give those fighting tirelessly to conserve the world’s oceans and seas an enormous sense of achievement,” announced Erik Solheim, head of the United Nations Environment Programme (UNEP).

Meanwhile, the Convention on Biological Diversity (CBD), which is meeting this week in Mexico, is calling for the world to protect 10 per cent of its coastal and marine areas by 2020. That goal is part of the Aichi Biodiversity Targets and has now been exceeded.

Thanks to the recent creation of five “mega MPAs,” off the coasts of Chile, Palau, Hawaii, and the Pitcairn Islands and St. Helena’s in the South Atlantic, the global total percentage of protected seas is now 12.7 per cent.

Mr. Solheim urged stakeholders to remember that “the Aichi Biodiversity Targets also call for countries to focus their conservation efforts on the areas of greatest biodiversity. It is not just about the size of the area under protection, but also about where these zones are located and how strong that protection really is.”

As part of the effort to emphasize the importance of protecting the Antarctic seas, during the conference, UNEP Patron of Oceans and endurance swimmer Lewis Pugh announced his campaign, Antarctica 2020, which aims to secure MPAs in vulnerable areas of Antarctica over the next three years. The campaign builds off the momentum of the recent Ross Sea victory, which together with the three targeted areas would bring the total protected area in the Antarctic to nearly 7 million square kilometres – an area the size of Australia. 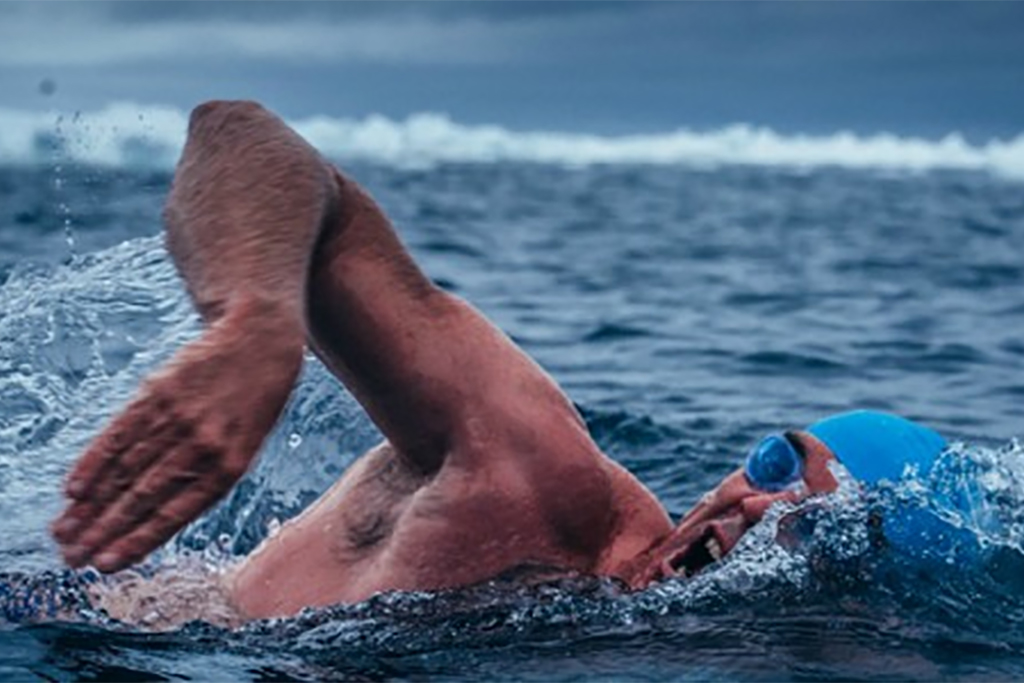 Lewis Pugh swimming in the Ross Sea, in 2015. Photo: UNEP

“We have entered a new area of uncertainty, with many hard-fought conservation achievements now under threat. It’s time to build on our recent success in the Ross Sea. With public support, I believe we can achieve the most ambitious ocean protection plan in history,” said Mr. Pugh as he spoke from Antarctica’s Bellingshausen Sea, where he is undertaking a swim in freezing waters to bring global attention to oceanic protection.During the UN Biodiversity Conference in Cancun, Mexico pledged to preserve an additional 650,000 square kilometres of land and sea – roughly 25 per cent of its territorial waters. The commitment includes establishing the Mexican Caribbean Biosphere Reserve, an area of 57,000 square kilometres.

Rafael Pacchiano Alamán, president of the conference, hailed the country’s decision: “Mexico wants to send a clear signal on the urgency to meet the Aichi Targets by taking unprecedented actions to preserve marine and terrestrial ecosystems.”

He added that the country had “surpassed its commitment to achieve the Aichi goals for marine areas and is on track to achieve land protected areas.”

Other pledges from the conference included Cambodia’s commitment to nearly double its number of protected areas, which now include one-third of the country’s land. The United Arab Emirates also indicated its intention to declare 18 new protected areas, four of which are marine.

According to new figures released by the International Union for Conservation of Nature (IUCN) and UNEP’s World Conservation Monitoring Centre, today there are 14,859 MPAs covering 18.5 million square kilometres of ocean and sea.

However, both organizations warned that there is an unequal representation of ecosystems and areas rich in biodiversity; according to the 2016 Protected Planet report, only one third of the world’s marine ecoregions offer more than 10 per cent of their areas protection.

More than three billion people depend on marine and coastal diversity for their livelihoods. When managed correctly, MPAs can boost the abundance of fish and increase biodiversity.

2016 slated to be hottest year ever, with record-breaking emissions and melting Arctic ice

According to the United Nations weather agency, 2016 is set to be the hottest year on record with global temperatures of approximately 1.2° Celsius above pre-industrial levels, in part because of the powerful El Niño weather pattern that began late last year.