A global effort to end violence against women is now underway: 16 days of activism began on 25 November with the International Day for the Elimination of Violence Against and will continue through 10 December, Human Rights Day galvanizing the work of UN Women’s ‘Orange the World’ campaign and the United Nations Secretary-General’s UNiTE to End Violence Against Women initiative.

The 16 Day Campaign, which began in 1991, is a civil society initiative supported by the UN and the UN Entity for Gender Equality and the Empowerment of Women, also known as UN Women, that has since encouraged other UN bodies and members of civil society around the world to collaborate to end violence against women.

As part of campaign mobilization, UN Women uses the colour orange to symbolize a bright and optimistic future free from violence against women and girls. Throughout the 16 days, buildings around the world are lit up in orange, and the hashtag #orangetheworld is being used across social media to raise awareness. UN Women is documenting the global activism on its website and via Twitter.

On 21 November, UN Women hosted its annual ‘Orange the World’ event at UN Headquarters in New York. Secretary-General Ban Ki-Moon underscored the urgency for funding in order to end violence against women, which is critical to the 2030 Agenda for Sustainable Development. In addition to remarks from other UN leaders, the event included a musical performance and panel discussion on funding strategies.

Resources don’t match the scale of the challenge

Changing the culture (of violence) also means engaging allies, such as men and boys, religious groups and young people.

Each year, the Orange the World campaign features a specific theme, and the 2016 focus is on raising funding to ensure local, regional, and international organizations are be able to continue to work to end violence against women. So far, resources do not match the scale of the challenge.

According to Ms. Mlambo-Ngcuka, “experts are unanimous that the benefit of ending violence against women and girls would far outweigh the investment necessary. We know that even relatively small-scale investments that are timely and well targeted can bring enormous benefits to women and girls and to their wider communities.”

Despite the fact that 30 per cent of women worldwide have experienced physical or sexual violence within a relationship, only two per cent of all human rights related global giving by private institutions is allocated to ending violence against women and girls.

Worldwide, women make limited use of the justice system - social acceptability of violence and low levels of trust are frequent explanations, particularly in low and middle income countries. In order for legislative reform and government action plans to take effect, funding is required. A culture of accountability is critical to create a reality of prevention.

Violence against women is a global pandemic, but ending it has to start at the local level. In Italy, 17 municipalities joined
Photo: The UNICEF Office of Research

6 days of activism to End Violence Against Women started and we began with a motorcycle ride led by women riders throughout the streets of Cairo under the slogan "A Safe Journey" Photo: UNWomen/Muhammed Ghouneim

More than 30 landmarks in Istanbul were lit in orange to raise awareness about violence against women - and end it! Photo: Istanbul Metropolitan Municipality

Luckily, data is becoming more readily available to identify the gaps. UN Women cites an initiative by the Organisation for Economic Co-Operation and Development (OECD) that identifies gaps between policy commitments and financial commitments: a new code in the organization’s statistical system has begun to track aid that supports ending violence against women and girls. The first set of data will be released next year and has the potential to strengthen transparency and accountability in donor financing.

UN Women’s report also points to successful “smart investments” in countries such as Lao People’s Democratic Republic, Timor Leste, Papua New Guinea, Jamaica, and Gambia, where targeted investments have led to structural and systemic changes. Examples include ensuring women have access to markets and empowering them with business literacy; improvements in police training; bolstering essential health services for women and girls; mobilizing local communities and faith-organizations to support vulnerable women, girls, and the LGBTQ community; and training for tribal chiefs on how to end female genital mutilation.

In addition to the report, the UN Women has also made available a fundraising toolkit that includes strategic recommendations for fundraising across public and private sectors and advocacy materials.

Orange the World seeks to provide civil society, government representatives, and media with information, data, and tool kits to understand and address the issue. It challenges entrenched inequalities and disparities in the roles, rights, and opportunities for women, as well as attitudes and social norms that condone or normalize violence against women and sexism.

Last year, the campaign reached more than 76 countries and included events such as dialogues with faith-based leaders, film screenings, theatre and dance performances, rallies, marches, marathons, and digital activism through social media. In Bolivia, participants climbed to the top of the Nevado Huayna Potosi glacier to fly the UNiTE flag, and runners decked in orange raced in Turkey, Cambodia, and Ecuador.

We’ve seen the number of joint inter-agency initiatives double during that time and a number of agencies really prioritize this work.

Following last year’s successful social media campaign that included some 177,000 Tweets and a Facebook post that reached more than 1 million people, UN Women expects the 2016 coverage to continue to increase and encourage civil society and leaders to take concerted action.

The Orange the World campaign helps further part of the newly adopted Sustainable Development Goals (SDGs) that were ratified by every Member State earlier this year. In particular, Goal 5 of the 2030 Agenda aims to “achieve gender equality and empower all women and girls,” including specific targets to eliminate all forms of violence.

In addition to the untold pain, suffering, and illness that violence against women causes, there are staggering economic costs as well – a recent study found that intimate-partner violence creates a 5.2 per cent loss for the global economy.

UNiTE to End Violence Against Women

UNiTE to End Violence Against Women launched in 2008 to raise public awareness and mobilize political will and resources to prevent and eliminate all forms of violence against women and girls worldwide. It relies on advocacy strategies at global, regional, and national levels by collaborating with civil society, women and men, young people, celebrities, artists, and key private sector actors.

Anna Alaszewksi, Campaign Coordinator for UNiTE to End Violence Against Women, spoke with the UN News Centre about the campaign’s achievements over the past eight years.

“One goal of the campaign was to really mobilize the UN system on violence against women,” she explained.

“We’ve seen the number of joint inter-agency initiatives double during that time and a number of agencies really prioritize this work. Now it’s embedded in the work of many agencies and not only the agencies you would expect with a strong, clear mandate on violence against women such as UN Women or UNFPA, but we’ve also seen agencies such as the World Bank and World Food Programme (WFP), for example, also launching their own initiatives on violence against women,” she explained.

She also cited legal changes around the world as well as efforts to direct funding to implement such policies. The campaign has made efforts to reach all sectors of society, including the sports world and artists, who use local culture to raise awareness within their communities. For example, musicians in the Caribbean have created songs about ending violence against women to challenge traditional macho attitudes about women.

While there is still work to be done, Ms. Alaszewski is confident that the improvements over recent years have created a stronger framework from which to gain momentum.

“Our main message today,” she said, “is that these efforts now really need to be well-funded. The money needs to be allocated to ensure that the ambitious targets that we see to end violence against women and girls can be matched with the resources that are needed.”

As Ms. Mlambo-Ngcuka says, “The price of no change is unacceptable.”

♦ Receive daily updates directly in your inbox - Subscribe here to a topic.
♦ Download the UN News app for your iOS or Android devices.
International Day of the Elimination of Violence against Women 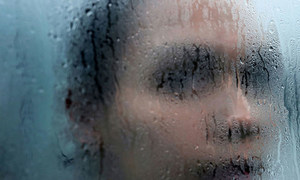 Underlining that violence against women and girls is not only a human rights violation but also a serious obstacle to sustainable development, United Nations Secretary-General Ban Ki-moon called for “meaningful” action to prevent and respond to such violence.