Despite a peaceful and successful transition in the Central African Republic (CAR) earlier in 2016, the recent outbreak of violence there had demonstrated the extremely fragile situation in the country, the Secretary-General's Acting Special Representative and Head of the United Nations Regional Office for Central Africa (UNOCA), told the Security Council today.

François Lounceny Fall noted that the violence, which resulted in high numbers of casualties, had occurred as CAR has embarked on recovery and efforts to consolidate peace. The eruption of fighting also demonstrated the threat that the continued presence of armed groups in the country posed to the entire subregion.

He went on to state that the Secretary-General's report presented the main threats to peace and security in Central Africa, as well as an update on UNOCA's activities in the last six months. Despite those challenges, however, the Government had made progress by engaging with armed groups and by adopting a national strategy on disarmament, demobilization, reintegration and repatriation which most of them supported.

However, the Lord's Resistance Army (LRA) remains a threat to regional security, he said, adding that its attacks caused “unspeakable” suffering to civilians. The group was also linked to poaching and trafficking in wildlife. UNOCA, in cooperation with the African Union, would organize the next semi-annual meeting of focal points on the LRA, to be held in Entebbe, Uganda later this month.

He recalled that in August 2015, a team comprising UNOCA, as well as the African Union, UN Multidimensional Integrated Stabilization Mission in the Central African Republic (MINUSCA) and the UN Organization Stabilization Mission in the Democratic Republic of the Congo (MONUSCO) had visited the CAR to assess the LRA threat. In October 2015, a joint UNOCA-African Union mission had also visited the country to discuss measures to counter the group with civilian and military partners. 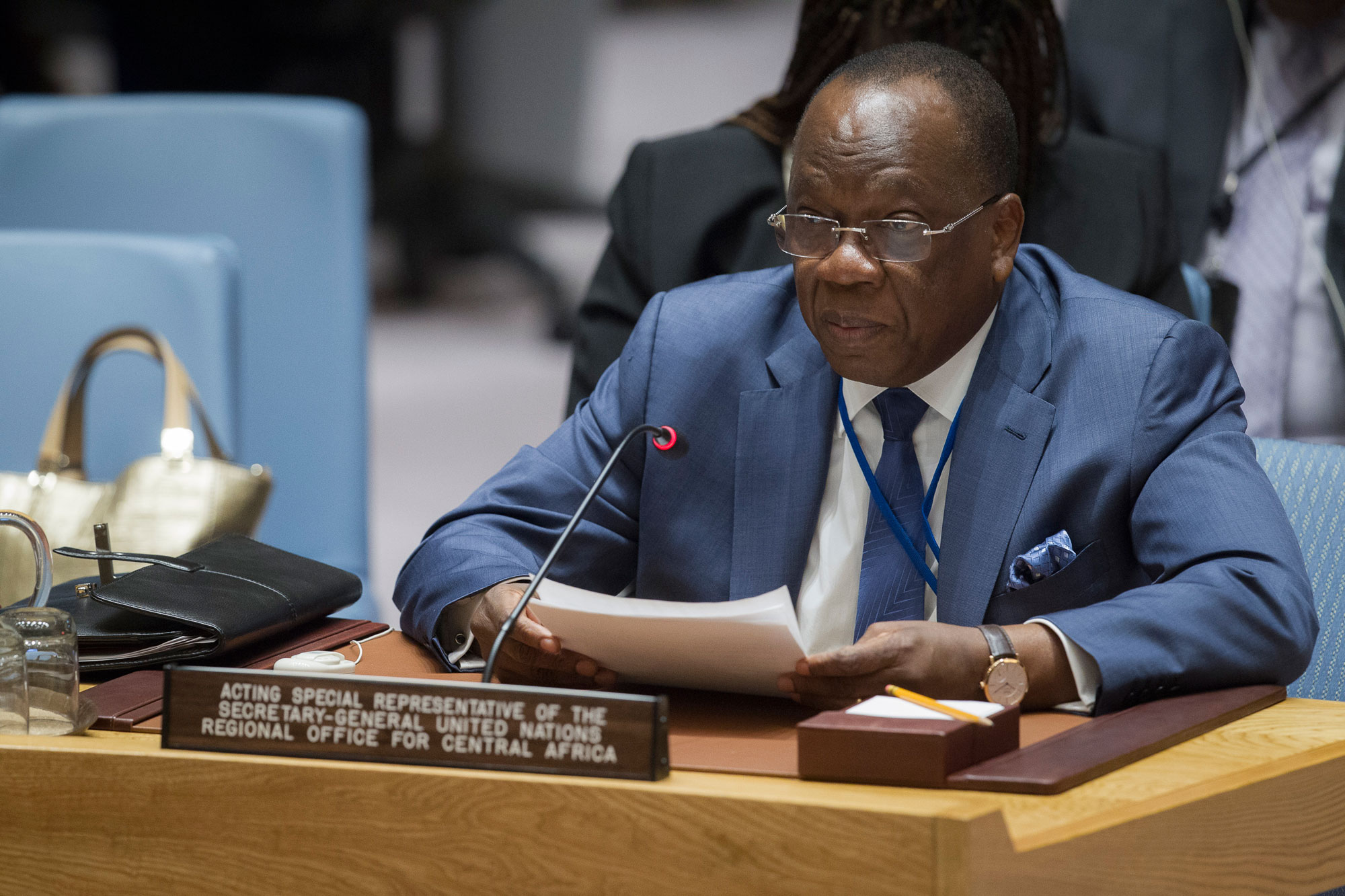 “However, the United Nations is concerned about Uganda's intention, announced on 31 December, to withdraw its troops from the African Union regional task force, he said, cautioning that such an action would lead to a security void that the LRA could exploit to attack populations,” he explained.

Further afield, Mr. Fall said that collective efforts by the Lake Chad basin countries had met with success in the fight against terrorism, while noting that Boko Haram remained a serious threat to regional stability as its asymmetric attacks targeted mainly civilians. Its activities had greatly undermined development and exacerbated economic hardship.

The situation of refugees and the internally displaced, particularly women and children, remains a cause of serious concern as Boko Haram's activities continued to hinder humanitarian access to affected areas.

He went on to point out that the resources available to the Lake Chad basin countries were not enough to finance operations of the Multinational Joint Task Force, emphasizing the urgent need to ensure funding for early recovery and development in liberated areas, including through measures to reintegrate defectors and their families.

He voiced hope that the planned Joint Summit of the Economic Community of Central African States (ECCAS) and the Economic Community of West African States (ECOWAS) on Boko Haram would develop a regional strategy to address political, security, humanitarian and development challenges, underling the readiness of the United Nations to support the region in that endeavour.

With nearly half the population in the Central African Republic (CAR) in need of humanitarian assistance, some $400 million is required over the coming year to shore up relief efforts that will be critical “to save the lives of people who are among the poorest and most forgotten on this planet,” a senior United Nations official said today.