Phil Moore/IRIN
In this photograph from 2015, a protestor stands alogside a burning car in Bujumbura, Burundi. Disputed elections that year led to demonstrations and clashes. Since then thousands in the country remain displaced and many forced into refuge outside its borders.
22 November 2016

Following a decision of the United Nations Human Rights Council, in which it setup a commission of inquiry to investigate human rights violations and abuses in Burundi, including whether they may constitute international crimes, the President of the body has appointed the Commission’s Chair and members.

According to a news release, the Commissioners will “provide the support and expertise for the immediate improvement of the situation of human rights and the fight against in impunity.”

Established for a period of a year at the Human Rights Council’s 33rd session (September 2016), the Commission has also been mandated to identify the alleged perpetrators of violations and abuses, since April 2015, with a view to ensuring full accountability.

In discharging its duties, the Commission has been authorized by the Human Rights Council to engage with national authorities, UN agencies, the Office of the UN High Commissioner for Human Rights (OHCHR) field presence in the country, as well as other stakeholders, including the civil society, refugees, authorities of the African Union (AU) and the African Commission on Human and Peoples’ Rights.

The Commission will be present an oral briefing to the Human Rights Council at its 34th and 35th sessions, in March and June 2017, respectively, and a final report at an interactive dialogue at the Council’s 36th session in September 2017.

Burundi was thrown into fresh crisis more than a year ago when President Pierre Nkurunziza decided to run for a controversial third term that he went on to win. To date, it has been reported that hundreds of people have been killed, more than 250,000 have fled the nation, and thousands more have been arrested and possibly subjected to human rights violations. 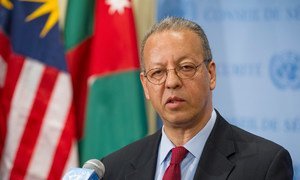 The United Nations envoy on conflict prevention has said that the international community and the Government of Burundi would find a common ground for implementing the Security Council resolution that proposes the deployment of unarmed UN police officers through continued dialogue.