WFP
The European Union to support local production of fortified food in Chad, where malnutrition is a major obstacle to development.
18 November 2016

Important steps have been taken recently by several United Nations agencies in partnership with the European Union to help tackle malnutrition in Chad, especially in accessibility, availability and use of highly nutritious food for the most vulnerable, according to a joint news release.

“Thanks to the EU’s contribution of €5 million, the participating UN agencies are on the path to reaching Sustainable Development Goal 2 – to achieve zero hunger by 2030,” said Mary-Ellen McGroarty, World Food Programme (WFP) Country Director for Chad.

“We are delighted because this enables us to reinforce our efforts to fight malnutrition and support this initiative, said Denisa-Elena Ionete, the EU Ambassador and head of the European Delegation in Chad, while highlighting that this “will create the first link in a chain of locally-produced fortified complementary food for children.”

Chronic malnutrition has serious and sometimes irreversible consequences on children’s cognitive and physical growth, which continues into adulthood and considerably reduces their productivity, with a negative impact on productivity during adulthood. Further, over half of the adult population suffered from stunting during their childhood, according to the Cost of Hunger Study in Chad (October 2016).

In Chad, the European Union has announced its support for the local production of fortified complementary food, which will be implemented by several United Nations agencies (FAO, WHO, WFP, and UNICEF.) Photo: WFP Chad/Nathalie Magnien

Given the real challenge to improve infant and young child nutrition in Chad, Philippe Barragne-Bigot, UNICEF Representative in Chad, stressed that “to raise communities’ awareness, especially that of mothers, about the importance of adequate nutrition for infants and young children will be crucial to ensure optimal growth.”

Therefore, UNICEF and its partners will support behavioural change communication campaigns and will promote the uptake of locally produced nutritious food, as part of the healthy nutritional practices promotion.

As fighting against malnutrition being one of its key priorities, the Food and Agriculture Organization (FAO) will together support Chad’s National Nutrition and Food Policy and the National Investment Programme in the Rural Sector.

“Through the local production of complementary fortified food, which adheres to quality international standards, we are delighted to improve access, availability and use of highly nutritious food for the most vulnerable, especially for young children,” said Mohamadou Mansour N’Diaye, the FAO Representative in Chad.

This new partnership is a complement to the 11th European Development Fund, through which the EU will invest more than 156 million from 2016 until 2021 to improve efforts to combat chronic malnutrition.

It will be piloted in Mayo-Kebbi East, Mayo-Kebbi West and Kanem regions. These Chadian regions are affected by chronic hunger, with levels of malnutrition either close to or surpassing World Health Organization’s (WHO) emergency threshold of 30 percent, though favourable conditions for good agricultural production exist. 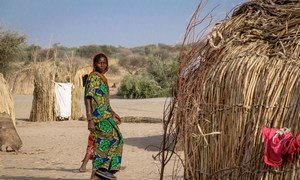 More support from donors is urgently needed to expand efforts seeking to improve the lives of those affected by the humanitarian crisis in the Lake Chad Basin region, the United Nations Deputy Secretary-General said today, imploring the international community to rally behind a new call for action.