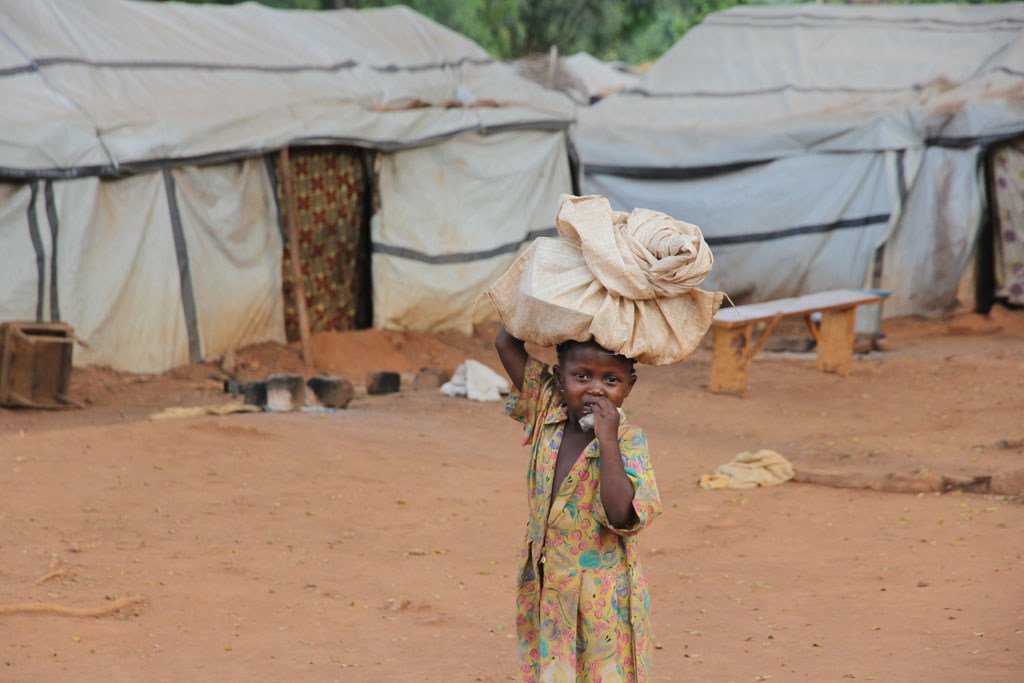 OCHA/Gemma Cortes
Displaced children continue to smile despite toughest times at IDPs site in the fractured city of Bambari showing glimmers of hope for a peaceful future in the midst of conflict.
16 November 2016
Humanitarian Aid

Ahead of tomorrow's Brussels conference for the Central African Republic (CAR), the United Nations Security Council emphasized the “significant role” the gathering will play in expressing the firm political support of international community and to secure essential resources to assist the country to implement key recovery and stabilization priorities over the next three to five years.

Through a Presidential Statement agreed this evening, the Council also welcomed the recent visit of UN Deputy Secretary-General Jan Eliasson to CAR ahead of the international conference. Mr. Eliasson will participate in the Conference, co-organized by the European Union (EU), the CAR Government, the World Bank and the UN. It aims to raise funds for recovery and peacebuilding initiatives in CAR.

As for the work of the conference itself, the Council strongly encouraged contributions that will support efforts to meet the most basic humanitarian needs of the country, as well as to stabilize the CAR and rebuild its institutions, including through disarmament, demobilization, reintegration and repatriation of armed groups (DDRR) and security sector reform (SSR) programmes.

Such contributions, continued the Council, should also bolster the fight against impunity, and socio-economic development projects, in line with the country's peacebuilding priorities as outlined in the CAR's national strategy for recovery and peace consolidation.

Welcoming the signing of the National Strategy on Disarmament, Demobilization, Reintegration and Repatriation, the National Security Policy, the Internal Security Forces Development Plan and the National Reconciliation Strategy by the CAR, the Council also acknowledged “the achievement of significant post-transition milestones,” such as the peaceful and transparent election of President Faustin Archange Touadera, the swift formation of a new Government and the establishment of the National Assembly.

The Council emphasized that the only viable way forward is that of a political commitment from all parties to address the root causes of the conflict, including by addressing marginalization and local grievances of all the components of society.

Recognizing that the continued presence of armed groups represented the country's most immediate impediment to stability and recovery, the Council encouraged CAR authorities to urgently address that situation through accelerating the disarmament, demobilization, reintegration and rehabilitation of armed groups and the reform of the Security Sector, among other things.

The Council reiterated its call on all Central Africans to refrain from engaging in or providing support for acts that would undermine the peace, stability or security of the country, recalling that such acts, including acts that would threaten or impede the stabilization and reconciliation process or fuel violence, constituted a designation criteria for sanctions.

Clashes between the mainly Muslim Séléka rebel coalition and anti-Balaka militia, which are mostly Christian, plunged the country into civil conflict in 2013. Despite significant progress and successful elections, the CAR has remained in the grip of instability and sporadic unrest. More than 13,000 UN staff are currently based there as part of the UN Multidimensional Integrated Stabilization Mission in the country, known as MINUSCA.