UN Photo/UNAMA
A view of Bamyan National Park in September 2016. Afghanistan is characterized by rugged mountains, with more than half of the land area above 2,000 metres. There are also lakes and rivers, with most new water supply coming from rain and snow melt.
23 October 2016

The demand for water to support agricultural development in conflict-plagued Afghanistan often results in high-stakes water disputes, according to a new United Nations report released today, which underscores the need for more effective and transparent means of resolving the differences.

“As this report clearly outlines, the stakes involved in water disputes are high,” said the Secretary-General's Special Representative for the country, Tadamichi Yamamoto, in a news release.

Outlining the importance of water to the country's economy, the UNAMA report, titled Water Rights: An Assessment of Afghanistan's Legal Framework Governing Water for Agriculture report, notes that formal and informal means are used to resolve water-related disputes in the country, including the 2009 Water Law, along with traditional customs and practices associated with the longstanding authority and community respect for water masters, or mirabs. 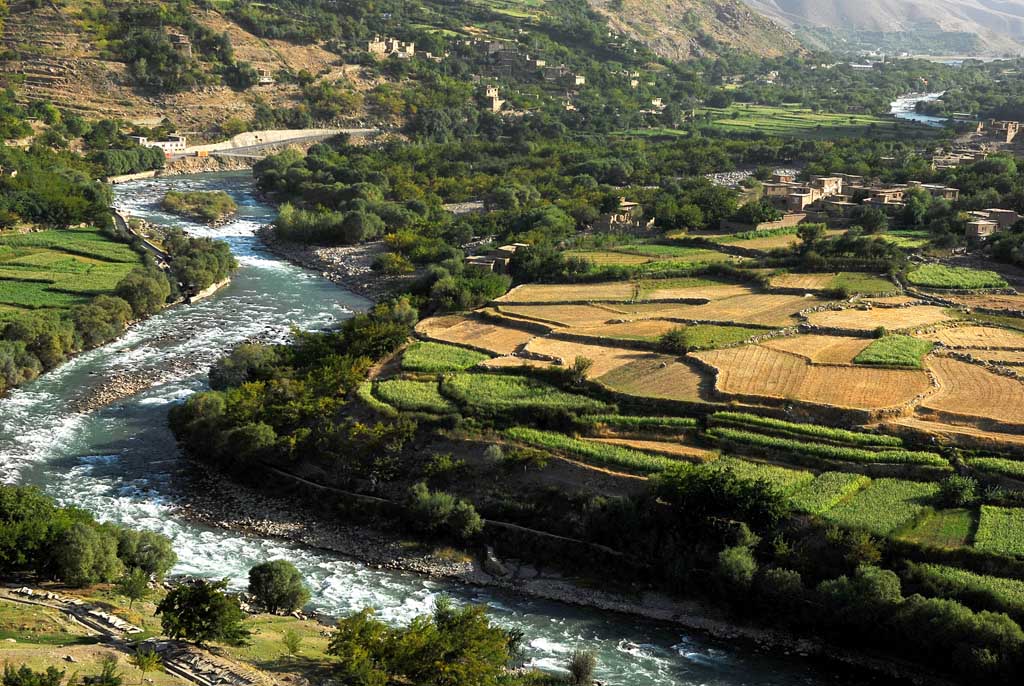 A river runs by green farmland in the rural Afghan area of Panjshir. During spring, many rivers swell with snowmelt from the high mountains. UN Photo/UNAMA.

One key finding is that water users continue to rely predominately on local water masters to resolve disputes, largely due to gaps in the Water Law's scope and associated administrative structure.

Michael E. Hartmann, Director of UNAMA's Rule of Law Unit, stated that this finding “confirms that the challenge is not with the law as written but, rather, with the law as implemented,” and that “UNAMA will continue to assist in achieving broader implementation of the Water Law.”

Almost 80 per cent of Afghans derive their livelihood from the agricultural sector. Many rural communities depend on reliable access to water sources to grow the crops and nourish the livestock on which their lives and livelihoods depend.

The report documents the results of a field study designed to assess the effectiveness of dispute-resolution mechanisms, and also provides practical recommendations to facilitate the resolution of disputes without escalation to violence.

UN commission signs unprecedented water accord with Republic of Korea

UN-HABITAT, Coca-Cola team up for clean water in South Asia