In the wake of Hurrican Matthew, Haitians are lining up near a food distribution center. WFP/Alexis Masciarelli
12 October 2016
Humanitarian Aid

On Tuesday 4 October, 2016, Hurricane Matthew struck Haiti. While the capital, Port au Prince, was mostly spared from the full strength of the Category 4 hurricane, the western cities of Les Cayes and Jeremie suffered the full force – sustaining heavy rains, winds and water damage across wide areas.

On Tuesday 4 October, 2016, Hurricane Matthew struck Haiti. While the capital, Port au Prince, was mostly spared from the full strength of the Category 4 hurricane, the western cities of Les Cayes and Jeremie suffered the full force – sustaining heavy rains, winds and water damage across wide areas.

The death toll continues to rise, as the full scale of the damages has yet to completely surface. Notwithstanding the severe weather conditions and lack of ground access, a partial assessment of the destruction indicates that more than 200,000 houses were severely affected. Additionally, the damages include an increased risk of water-borne and vector-borne diseases, as concerns mount over a possible rise in cholera cases. At the same time, a pressing challenge to provide humanitarian assistance to some 1.4 million people permeates the crisis.

The UN and its partners have wasted no time in responding to the emergency. 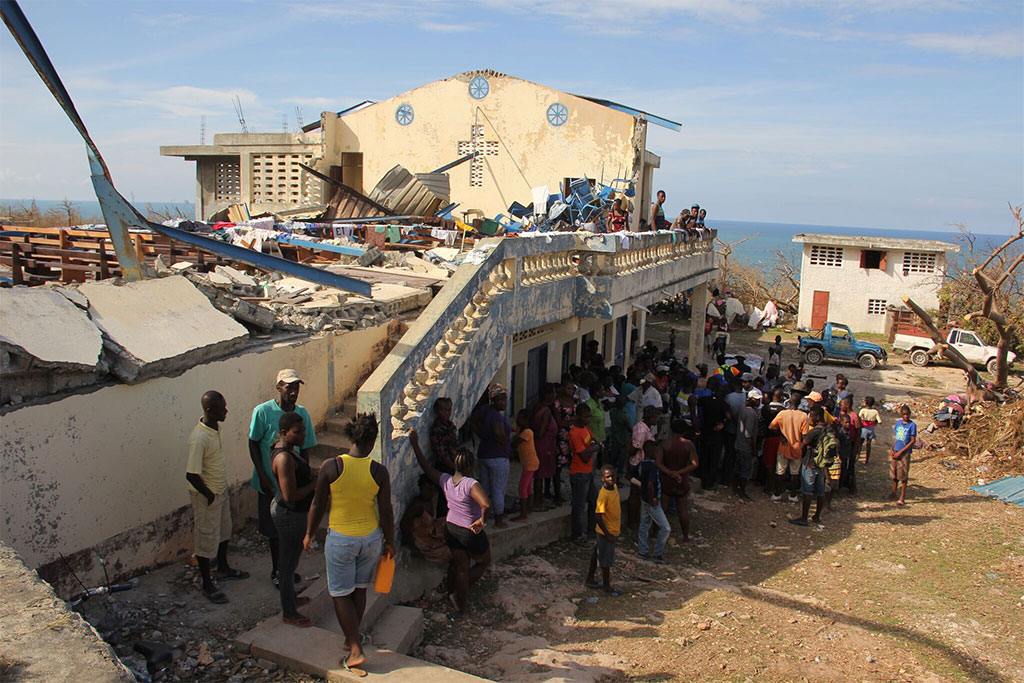 Small towns all along the western part of Haiti suffered extreme damage from heavy winds and rains and on the coastal areas, storm surge. Photo: WFP/Alexis Masciarelli

UN Office for Coordination of Humanitarian Affairs (OCHA) UN Disaster Assessment and Coordination (UNDAC) conducted aerial and field assessments that revealed tens of thousands stranded in Jeremie, on the western tip of Haiti. It is estimated that more than 350,000 people are in need humanitarian assistance. 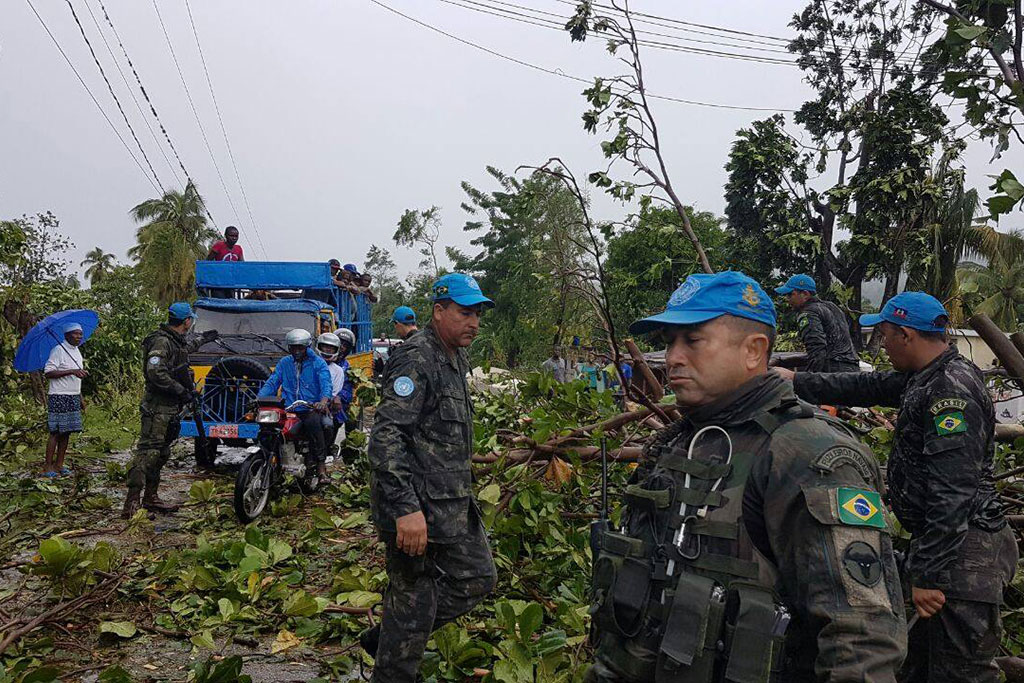 Brazilian Marines with the MINUSTAH Military Component's "Blue Helmets" have been clearing debris and fixing “washed-out” roads to open supply routes to the most hard-hit areas of Haiti, including Les Cayes. Photo: Logan Abassi UN/MINUSTAH

Many aid supplies for remote locations require airlifting by plane or helicopter. The civilian and uniformed personnel of UN Stabilization Mission in Haiti (MINUSTAH) are being put to full use in support of the humanitarian efforts by opening up access to roads, providing airlift and supporting the Haitian National Police in securing humanitarian workers and stocks, among other tasks. 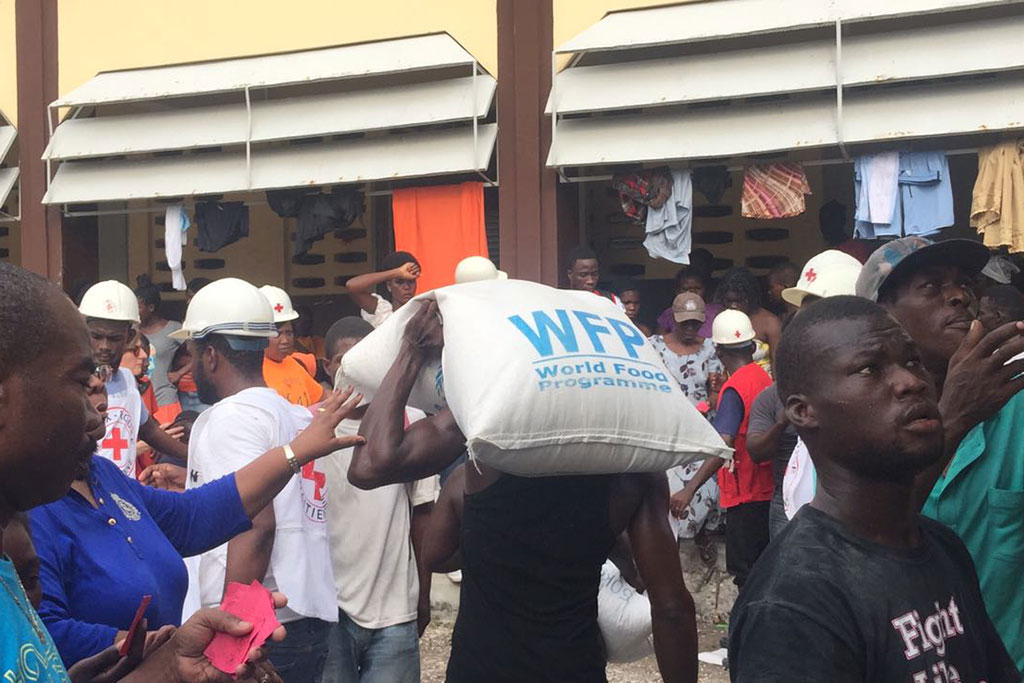 Stockpiled at key locations across the country, emergency supplies were able to be accessed in remote areas – even where roads were washed out or blocked.

Preliminary Emergency Food Security Assessment results indicated that nearly all crops were destroyed in Grand-Anse, and livestock losses exceeded 50 per cent – severely impacting trade. In the South Department, the entire coastal area west of Les Cayes was devastated – suffering more than a 90 per cent crop loss and paralyzed fishing activity as material and equipment were washed away. Between 60 and 80 per cent of crops in Nippes were destroyed and the agricultural sector in the South East was most affected with up to 80 per cent of crops lost, including bananas and avocados. 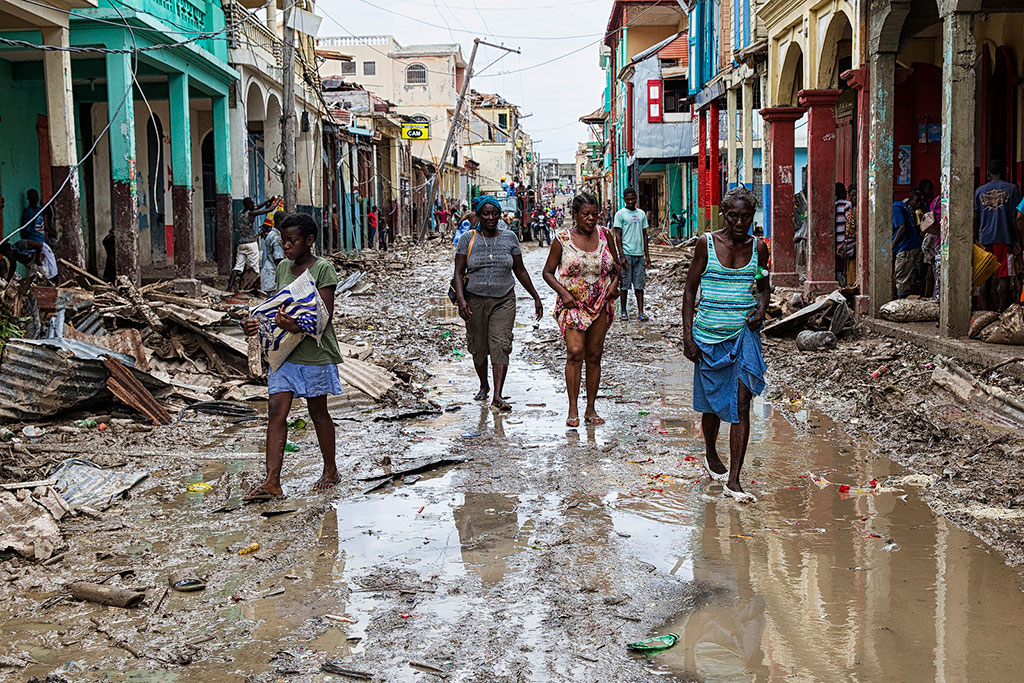 Amidst continued concern that Hurricane Matthew may exacerbate the cholera situation, UNICEF is working with humanitarian partners to ensure the emergency response works hand in hand with cholera prevention and response programmes. Photo Logan Abassi UN/MINUSTAH

A UN Children’s Fund (UNICEF ) team reached Les Cayes, one of the worst affected areas in Grand South, where, along with the struggle for families to find safe water and adequate latrines, it assessed massive flooding damage to the town’s hospital and other health centres.

In addition to water and sanitation supplies for up to 10,000 – prepositioned before the hurricane hit – the first truck arrived in Les Cayes on 6 October with water-treatment tablets and water bladders. On 10 October, UNICEF sent six additional water trucks there and to Jeremie. 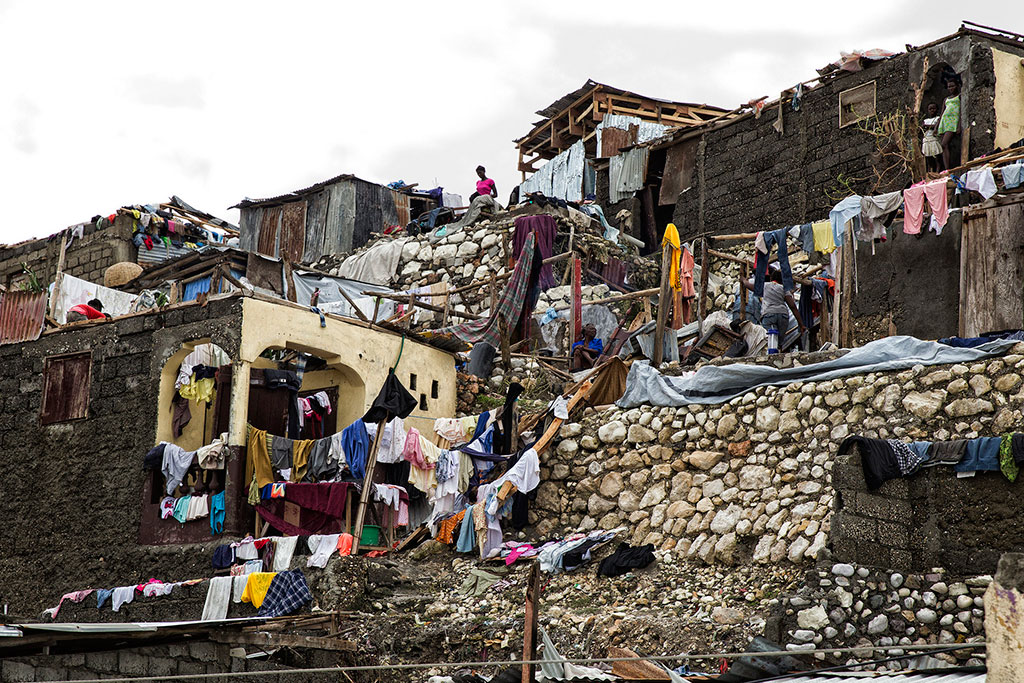 According to the WHO, post-hurricane conditions in affected areas favour an increase in cholera cases, which is why providing access to health care, safe water, and hygienic and sanitary conditions – in addition to recovery and reinforcement of health services – top the UN agency’s list of priority actions. Photo Logan Abassi UN/MINUSTAH

A 9 October assessment undertaken by the UN World Health Organization (WHO) and Pan American Health Organization (PAHO) prompted a PAHO field team to deliver medical and cholera supplies to Les Cayes, in close coordination with MINUSTAH, all health and humanitarian partners, as well as the Haitian Government. 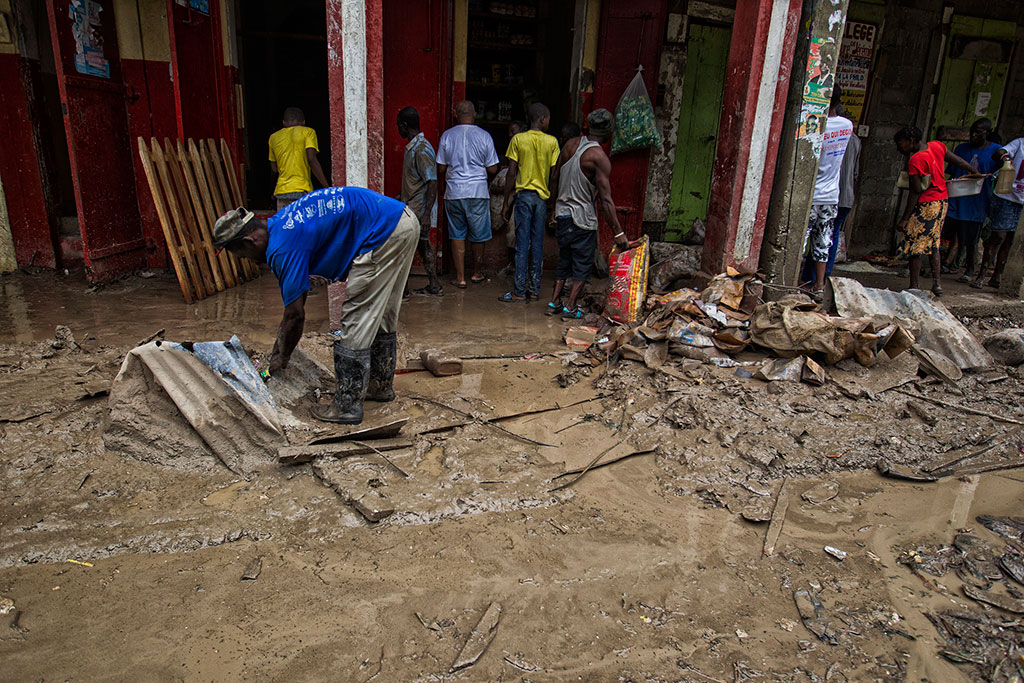 Coastal towns were severely damaged as were many homes in remote mountainous regions. International relief efforts are underway to provide food water and shelter to the people affected by the storm. Photo Logan Abassi UN/MINUSTAH

On 10 October, in support of the Government-led response, United Nations and humanitarian agencies launched an urgent appeal for $120 million to provide life-saving assistance to 750,000 people over the next three months. On 7 October, the Central Emergency Response Fund provided $5 million to jump start the appeal.

One week after Hurricane Matthew slammed into Haiti, United Nations agencies are continuing the massive relief effort under way on the ground, scrambling to fend off the threat of cholera, delivering life-saving supplies and rehabilitating damaged infrastructure, such as schools.