“If governments tax products like sugary drinks, they can reduce suffering and save lives” says Dr. Douglas Bettcher, Director of World health Organization’s (WHO) Department for the Prevention of Noncommunicable Diseases (NCDs), in a press release. “They can also cut healthcare costs and increase revenues to invest in health services,” he adds.

Launched on World Obesity Day, the new WHO report, Fiscal policies for Diet and Prevention of Noncommunicable Diseases, argues that fiscal policies that lead to at least a 20 per cent increase in the retail price of sugary drinks would result in proportional reductions in consumption of such products.

WHO says such reduced consumption would mean lower intake of “free sugars” and calories overall and improved nutrition, with fewer people suffering from overweight, obesity, diabetes and tooth decay.

Free sugars refer to monosaccharides – such as glucose or fructose – and disaccharides – such as sucrose or table sugar – added to food and drinks by the manufacturer, cook or consumer, along with sugars naturally present in honey, syrups and fruit juices and concentrates.

Obesity on the rise

“Consumption of free sugars, including products like sugary drinks, is a major factor in the global increase of people suffering from obesity and diabetes,” emphasized Dr. Bettcher.

Diabetes: a blood glucose test is used to check the level of sugar in the blood of this woman. Photo: WHO/PAHO/Sebastián Oliel

Between 1980 and 2014, global prevalence of obesity more than doubled with greater than half a billion adults – 11 per cent of men and 15 per cent of women – being classified as obese. In 2014, more than one in three, or 39 per cent of adults worldwide aged 18 and older, were overweight. At a press conference at WHO headquarters in Geneva on the launch of the report, Dr. Francesco Branca, Director of the agency’s Department of Nutrition for Health and Development, described obesity, overweight and diabetes as major global heath challenges. “Largely due to unhealthy diet, more than 600 million people overweight, including some 42 million children under the age of five,” he said. Almost half of these children lived in Asia and a quarter in Africa.

WHO added that the number of people living with diabetes has also been on the rise, from 108 million in 1980 to 422 million in 2014. Moreover, the disease was directly responsible for 1.5 million deaths in 2012 alone.

“We are recommending that [sugar intake] is reduced to 10 per cent of energy or even five percent,” he said, emphasizing that a key factor in keeping those numbers dangerously high is the ease of availability of sugary drinks in some parts of the world.

While the United States has been the leader in consumption of sugar sweetened drinks, it has been overtaken by Latin America, where Chile and Mexico are now the top consumers. Unfortunately, he continued, consumption is also rising in China and sub-Saharan Africa, where he said specifically, the rising sugar intake would have a “devastating” effect on obesity and overweight.

“So, we definitely need a strong policy response,” Dr. Branca said, pointing to the report’s call for taxation policies as one of the many important tools that could be used to tackle consumption of sugary drinks.

The report points out that some groups, including people living on low incomes, young people and those who frequently consume unhealthy foods and beverages, are most responsive to changes in prices of drinks and foods and, therefore, gain the highest health benefits.

The report adds that fiscal policies should target foods and beverages for which healthier alternatives are available. 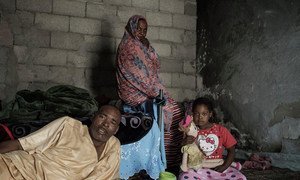