Speaking at a press conference in the United Nations Office in Geneva today, Secretary-General Ban Ki-moon once again called for the political will to end the Syrian conflict, while also sharing his reflections on the nearly 10 years he spent as the top UN official.

Speaking at a press conference in the United Nations Office in Geneva today, Secretary-General Ban Ki-moon once again called for the political will to end the Syrian conflict, while also sharing his reflections on the nearly 10 years he spent as the top UN official.

Mr. Ban, who is ending his tenure as Secretary-General on 31 December, said that an emphasis on preventive diplomacy is one of the characteristics that defined his time in Office.

“The United Nations, during my period, has paid more attention to preventive diplomacy, rather than just […] trying to solve the problems once a fire has broken out,” he said. “Once something has broken out, it has its own dynamics to spread and it is very difficult. That is why I have been really emphasizing the importance of preventive diplomacy.”

There are, of course, many fires still burning. I think these are all because of the lack of commitment to peace by the leaders of the world, particularly leaders of parties to conflict

Yet, violence is continuing in places like Syria, Yemen, Libya and Occupied Palestinian Territories.

“There are, of course, many fires still burning. I think these are all because of the lack of commitment to peace by the leaders of the world, particularly leaders of parties to conflict,” Mr. Ban said.

He stressed that the UN has made many efforts, such as mediation, facilitation and good offices provided by his Special Envoys and Special Representatives.

“I think I have appointed the [most] Special Envoys, Special Advisors [and] Special Representatives, and we have established some preventive diplomacy teams. Within 48 hours, whenever there was a problem, we have been sending our mediators,” he said.

Secretary-General Ban Ki-moon speaks to the press in Geneva calling upon the international community to do more, while also highlighting ongoing efforts by the UN in addressing the many conflicts around the world. Credit: UN News Centre

“By any standards or criteria, they belong to some of the best diplomats,” he said, emphasizing that it is not their lack of ability, but the lack of political will among the parties that is allowing hostilities in Syria to continue.

“I am deeply troubled that even almost after six years of the United Nations’ heavy engagement, we are still seeing violence continuing,” he said.

Syrian people are divided largely in two and Syrian armed groups have still more divisions among themselves, the Secretary-General said. Then, regional powers are divided and the Security Council is divided. This has provided a “perfect storm” for the Syrian crisis to continue, he explained, urging unity among these divided groups.

Mr. Ban reiterated that there is no military solution, and the parties have “first” obligations while countries with influence are also responsible for ending the attacks.

“All must act for the 13.5 million Syrians who desperately need help – and for stability in the region and our world,” he said.

In Yemen, four out of five people need assistance to survive – more than 21 million people. “All parties must cease all military activities. Targeting civilian areas is a violation of international humanitarian law,” he stated.

On the Middle East, he recalled that “during my time, unfortunately, three wars have taken place in Gaza. It is unprecedented that in such a short period of time, what has taken place so often, [between] late 2008 until 2014.”

“I sincerely hope that they [leaders of Israel and Palestine] should sit down together and engage seriously,” he stated.

Mr. Ban highlighted the need to improve decision-making at the UN, which he described as at times operating like “an executive board” with 193 members. “That is far more than a typical executive board – especially because each of those 193 countries thinks they are the chairman,” he noted.

Too many good ideas needlessly die from insisting on “unanimity” when all that is needed is “consensus” for progress, he warned.

The Secretary-General has called for the General Assembly President, Peter Thomson, to explore, with his successor, the establishment of a high-level panel to find practical solutions that improve decision-making at the UN.

Next Secretary-General should have far-reaching vision, compassion and flexibility

As for the next Secretary-General, Mr. Ban said it is UN Member States that will elect his successor. That said, speaking from his own experience, she or he should have “a very far-reaching vision for the future, people and planet” and “compassion for the many people who belong to a vulnerable group, poor and sick, and people with different sexual orientations or socially, economically weak.”

During the last 10 years, he said he expressed regret on two issues. “One is sexual violence and exploitation committed by United Nations peacekeepers and UN staff which should never have happened, should have been prevented much earlier,” he said. “We have taken ‘zero tolerance’ policies, but sometimes it has not worked well. For that I express my deep regret.”

The other is the cholera epidemics in Haiti, he said, stressing that the UN has a moral responsibility. As for measures to treat the patients, stop these epidemics, and support the families of the victims, he will table a new proposal to the General Assembly soon, he added.

About unforgettable events, he said “it is very hard to just choose one or two. There have been many moving, touching moments that I really felt as a human being, not only as Secretary-General.”

“There have been so many heart-breaking moments, when I saw so many people suffering from unnecessary conflict, unnecessary death which can be prevented,” he said. “All these crises which we are now experiencing could have been resolved had world leaders paid more attention to prevention.”

Mr. Ban said as Secretary-General, he has visited Switzerland more times than any other country in the world. “This Palais des Nations is my second home,” he said. 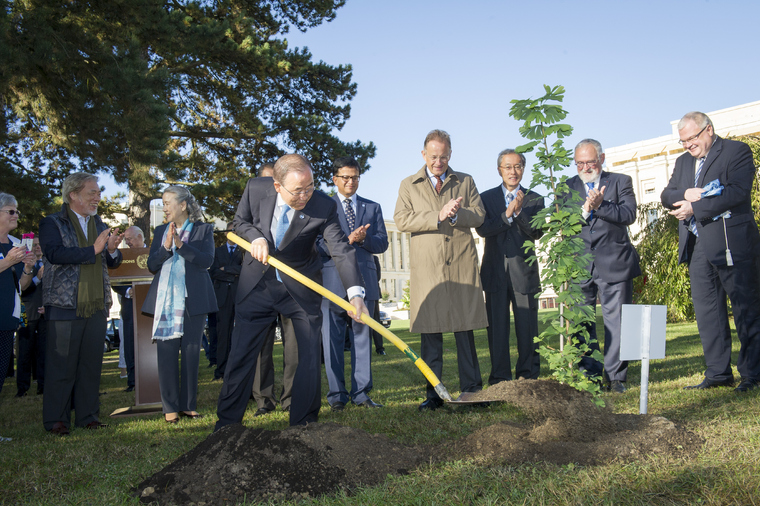 Also today, the Secretary-General attended a tree planting ceremony for the second-generation hibakusha, delivered remarks at the opening of the Executive Committee of the UN High Commissioner for Refugees and addressed to the students and faculty of the Graduate Institute of International and Development Studies (HEID). 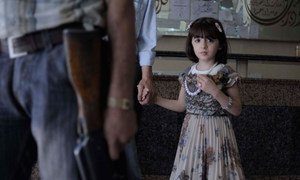