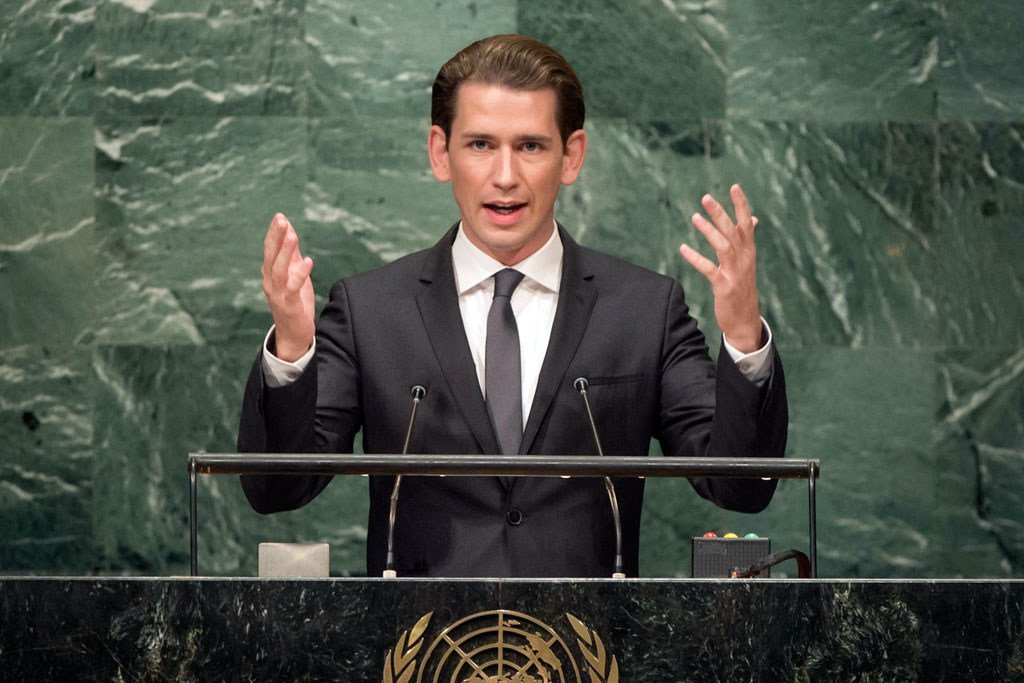 Globalization has brought enormous benefits to humankind, such as reduced international poverty, new technologies and reduced distances between countries, the Federal Minister for Europe, Integration and Foreign Affairs of Austria told the United Nations this evenings, stressing that there needs to be a realization that the phenomenon also brings challenges.

“Events on the other side of the globe can have real impact on our lives,” said Sebastian Kurz in his address to the UN General Assembly.

“The more the world connects, the more responsibility we have to not look away from what happens elsewhere, and the more we become globalized, the more interest we should have in working for stability and prosperity in other parts of the globe,” he added.

Underlining the need to join forces for a better future, he emphasized the importance of the UN, the European Union and the Organization for Security and Co-operation in Europe (OSCE), as well as effective multilateralism in achieving stability and security.

He went on to say that challenges to global peace manifest in different forms, ranging from militarization, violent extremism and weapons that can inflict large scale destruction.

Drawing particular attention to the conflict in Syria, he underscored that diplomatic efforts have to be reinforced to establish a cease fire to enable safe access for humanitarian aid and that a political process has to be started as it is the only way to end the humanitarian crisis in the long crisis-stricken country.

“We are outraged by attacks on medical facilities and aid convoys. And let me be clear: all those who committed crimes against civilians must be brought to justice,” Mr. Kurz stressed.

Further emphasizing that the nuclear tests by the Democratic People’s Republic of Korea (DPRK) are a “warning signal” about the threat of such weapons, he underscored the need for legally binding norms, and announced that Austria will be tabling a draft resolution at the UN on establishing such a framework.

He also expressed that world continues to be at threat of violent extremism and religious radicalization and underlined the urgent need to counter it.

Concluding his address, the Minister also hailed the leadership of UN Secretary-General Ban Ki-moon, who ends his term later this year, for his efforts to bring the 2030 Agenda for Sustainable Development and the Paris Agreement on climate change to life.

♦ Receive daily updates directly in your inbox - Subscribe here to a topic.
♦ Download the UN News app for your iOS or Android devices.
austria 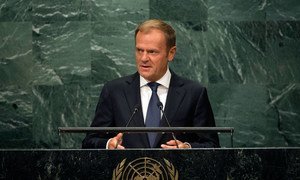 Massive displacement across borders has highlighted the power of fear and conflict more clearly than any other challenge, but the European Union’s actions have always been driven by empathy and a readiness to help those in need, its President told the United Nations General Assembly, which also heard several EU member States speak individually.