“I will always fight for the equality of the LGBT members of our human family,” the UN chief said at a high-level side event of the UN’s LGBT Core Group, entitled “#Path2Equality: Global leaders discuss progress towards LGBT equality,” held at UN Headquarters in New York this afternoon.

“This work will not leave me when I leave office – and it must not leave the office of the Secretary-General after I depart,” he said.

Acknowledging that when he first became Secretary-General, he did not know much about the challenges faced by LGBT people, Mr. Ban said that he learned by listening.

“Everyone who lacks understanding should listen closely,” he stressed. “The facts are disturbing. Every year, hundreds are killed, thousands are badly hurt, and millions live their lives under a shadow of discrimination and disapproval. That is an outrage.”

Noting that several countries are “bucking the tide of history with draconian new punishments for being gay – or even just talking about being gay,” the Secretary-General said that he is particularly worried for children and youth who are bullied at school, thrown out of their homes or living on the streets. 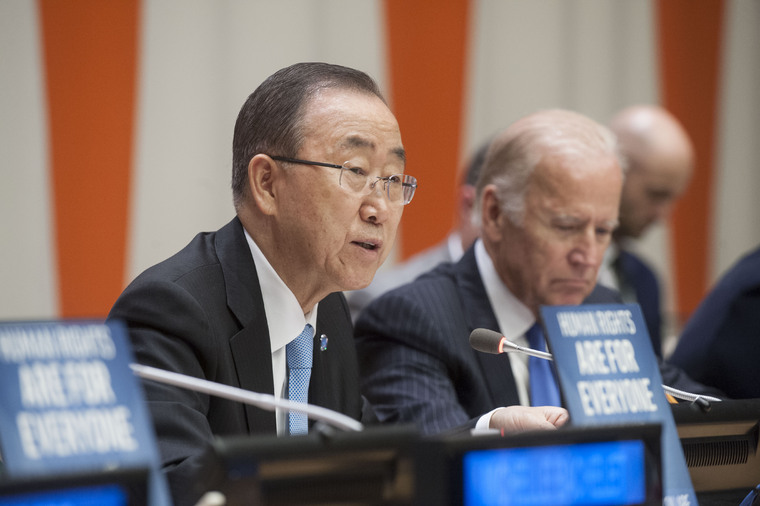 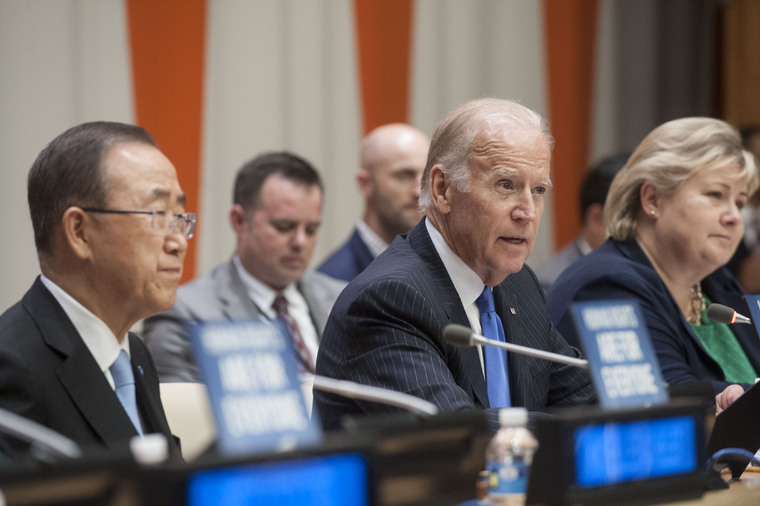 Those abuses will only end when countries take concrete steps to protect people, including instituting new laws, policies and programmes, he said, adding that such action requires leadership and a commitment to work with affected communities.

“I ask those who use religious or cultural arguments to deprive LGBT people of their human rights: what do you gain by making others less equal? Is your religion or culture so weak that the only way you can sustain it is by denying others their basic rights? There is no room in our 21st century for discrimination based on sexual orientation or gender identity,” Mr. Ban said.

Progress, however, is being seen at the UN Nations Human Rights Council, where more than 100 countries have accepted recommendations aimed at protecting LGBT people from discrimination, he said. In addition, next month, the Office of the UN High Commissioner for Human Rights (OHCHR) will release a study on more than 200 initiatives in 65 countries.

In some cases, the starting point has been to decriminalize gay relationships, the UN chief explained. Over the past year, three more countries have abandoned criminal sanctions following UN recommendations: Mozambique, the Seychelles and Nauru, Mr. Ban said, commending their leadership.

In addition, he highlighted that many countries have new laws to stop discrimination, punish hate crimes and restrict hate speech, while almost 40 countries now legally recognize same-sex couples and some are looking at making it easier for transgender people to have their gender legally recognized.

“These major advances happened thanks to brave individuals who stood up for what is right,” the Secretary-General stressed.

For its part, the UN is “committed to action,” Mr. Ban said, citing as an example the Human Rights Council’s recent decision to appoint the first-ever UN independent expert to monitor and report on violations against LGBT people.

“The UN system is moving forward together. This progress was hard-fought and hard-won,” Mr. Ban said.

“The LGBT Core Group is our great ally – but we have many adversaries. There is a [political] cost to speaking up – one which I am proud to pay,” he added.

The Secretary-General also noted that he himself has been criticized by many people around the world, including by many Member States.

Emphasizing that many human rights defenders have “paid a far higher price,” the Secretary-General told participants that “lacking unanimity should never stop us.”

“All countries have accepted the principle – enshrined in international law – that human rights are universal. Consensus is ours. Let’s insist on action,” he said. 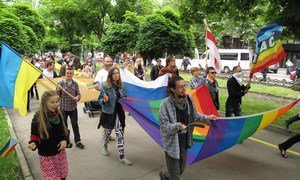 The top human rights body at the United Nations has voted to appoint an independent expert on protection from violence and discrimination against lesbian, gay, bisexual, transgender (LGBT) people.