“I have been associated with the UN since 1952,” she said in a recent interview with the UN News Centre, some months before her passing. “And in those days, of course it was in the aftermath of the Second World War and the UN was the most important measure set up to ensure that there was never again such a catastrophe.”

She was also the first woman to head a UN peacekeeping operation, when she served with the UN Angola Verification Mission II (UNIVEM II) from 1992 to 1993, just before she retired from the UN.

For the woman from Essex, in rural England, however, these top positions were only a culmination of years of service in other senior positions in the UN system. She had served in numerous positions at the UN, including as Resident Representative of the UN Development Programme (UNDP) in eight different countries in Asia, Latin America and Africa.

She had also served, from 1987 to 1992, as Director-General of the United Nations Office in Vienna. Here, she also headed the Centre for Social Development and Humanitarian Affairs, and was Coordinator of all United Nations narcotic drug-control programmes.

In the interview below – recorded in June 2016 – Dame Anstee begins by recounting, with pride, her involvement with the Organisation during its nascent days. 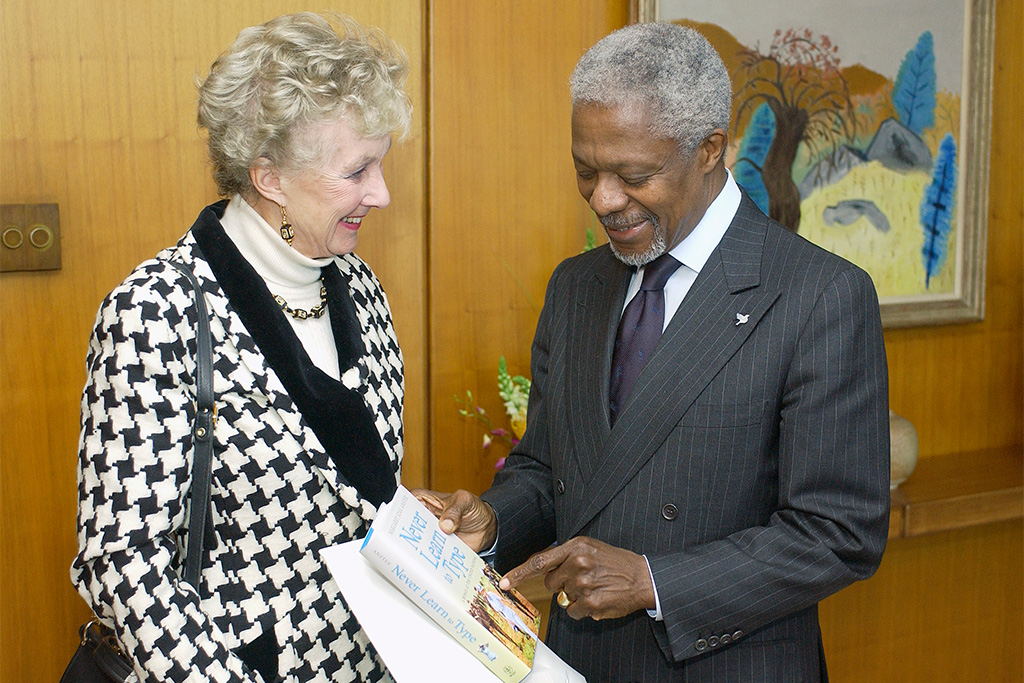 Dame Anstee: I was lucky to be young then, and to be involved in the very early days of the Organisation, and there was much euphoria. And of course I worked under the UN for over half a century in many different areas; including development, disaster relief, peace keeping, peace-building, and so on; and it was very much a privilege. But the UN is not held in the regard it should be, at a time when the UN is needed more than ever, and the UN, somehow, has to be able to make itself better known to the world in general.

UN News Centre: Do you think it can do that with the Sustainable Development Goals?

Dame Anstee: Well, they are very important because, although there are all sorts of political reasons for conflict, most of the tragedies start off because there are people who are marginalized – who are poor, who don’t have enough to live on – so the reduction of poverty is absolutely essential. I think that original MDGs did quite a lot, and we have to hope that things will be better, but the point I want to make is: everyone talks about the UN as if it was an entity that can do things on its own. The UN is a committee of nations and the burden of responsibility lies with member states and unfortunately, many of the member states do not want to live up to their obligations and provide the United Nations with the resources, and with the political support that it needs everywhere.

UN News Centre: You have talked about that before, haven’t you, when particularly in Angola, where you were leading a peace keeping operation there, ahead of elections. You mentioned that lack of resources in particular, made your work incredibly difficult (and lack of political will perhaps as well), and do you not think that we are seeing the same kind of problems with many of the conflicts around the world, in particular Syria?

Dame Anstee: Well absolutely. In Angola, it was ridiculous; I had to have 350 unarmed military observers and just over 100 police observers for a conflict that involved a huge country and 200,000 armed combatants, and it was just regarded then that Angola wasn’t important. But Yugoslavia – former Yugoslavia –  was more important. Now it’s exactly the same with Syria.

UN News Centre: There was a sort of seismic shift, wasn’t there? The end of the Cold War signalled the end of interest in Angola – which had huge power interest on both sides of the Atlantic – so in terms of seismic shifts now, would it be fair to say that the UN, now, and member states, have to face up to the  threat  of extremism? Would you categorize the main threat now to global peace, not being the cold war but, in fact, extremists and violent extremists?

Dame Anstee: Well absolutely; it is dissatisfaction with governments and politics all over the world. And I hope we don’t have to have another, really, global conflict to bring people today and governments to their senses, and realise that they have to pull together. I think a lot will depend on who is the next Secretary-General; it is very important that they should be somebody who has clout,  and that clout should be recognized by countries.

I would be delighted if it is a woman, but it must be somebody outstanding. It is very important, I think, that we’ve changed the method of selection, but should also curtail the length – there should only be one period – so that the Secretary-General is not restricted by having to kowtow to the governments in order to get enough votes for a second term. It should be a longer term; maybe seven years instead of five. But when you are Secretary-General, your record goes down into history on what you managed to achieve, and not by how many years you served.

Dame Margaret Anstee passed away on 25 August. She was the first woman to be appointed as UN Under-Secretary-General. Here’s what Dame Anstee shared with UN News Centre, on stamina, risk-bearing capacity and the ideas of the UN, shortly after her 90th birthday in June.

UN News Centre: And final question to you, Dame Margaret, if you don’t mind, there are lots and lots of people who look up to you as a pioneering woman at the UN. What would you say to those coming up through the system? And let’s just remind people about how you first started – as you describe yourself – as a humble staff worker in the Philippines…

Dame Anstee: When I’m asked, what do I think was my strength? I think it was stamina; you have to work extremely hard; you have to be devoted to the ideals of the UN, and take on risk. By risk, I don’t only mean physical risk but the risk of failure, you know, which can daunt some women.  They so often say, “I can’t do that” and they don’t know what they can do. And I say, well it’s like a swimming pool. You don’t know if you can swim until you try it out. I was pushed in at the deep end and … you know, you would then find out what your true qualities are, but it is something to which you have to dedicate your life.

UN News Centre: Okay, I think you have certainly proved that today Margaret.

Dame Anstee: Thank you, and I am still doing whatever I can for the UN and I would like everybody to do that – not only the people who work for it but the general public. They should realize that we now have all these – which I would call the terrible decisions – of the UK leaving the European Union, and we should really be supporting all these collective efforts to bring the world together, and to maintain security and sustainable peace. 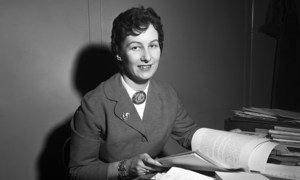 The United Nations chief today paid tribute to Margaret Anstee, a long-serving official who was the first woman to be appointed to the highest ranks of the world body, and who passed away recently.