UNHCR/Achilleas Zavallis
Greek volunteer life-guards help a young child out of a boat that reached the shores of Lesbos, having crossed the Aegean sea from Turkey.
19 September 2016
Migrants and Refugees

With more people forced to flee their homes than at any time since World War II, world leaders came together at the United Nations today to adopt the New York Declaration, which expresses their political will to protect the rights of refugees and migrants, to save lives and share responsibility for large movements on a global scale.

At the opening of the UN General Assembly's first-ever Summit for Refugees and Migrants, delegations adopted the landmark Declaration, which contains bold commitments both to address current issues and to prepare the world for future challenges, including, to start negotiations leading to an international conference and the adoption of a global compact for safe, orderly and regular migration in 2018, as well as, to:


UN Secretary-General Ban Ki-moon congratulated Member States saying: "Today's Summit represents a breakthrough in our collective efforts to address the challenges of human mobility." He said the adoption of the New York Declaration will mean that "more children can attend school; more workers can securely seek jobs abroad, instead of being at the mercy of criminal smugglers, and more people will have real choices about whether to move once we end conflict, sustain peace and increase opportunities at home." 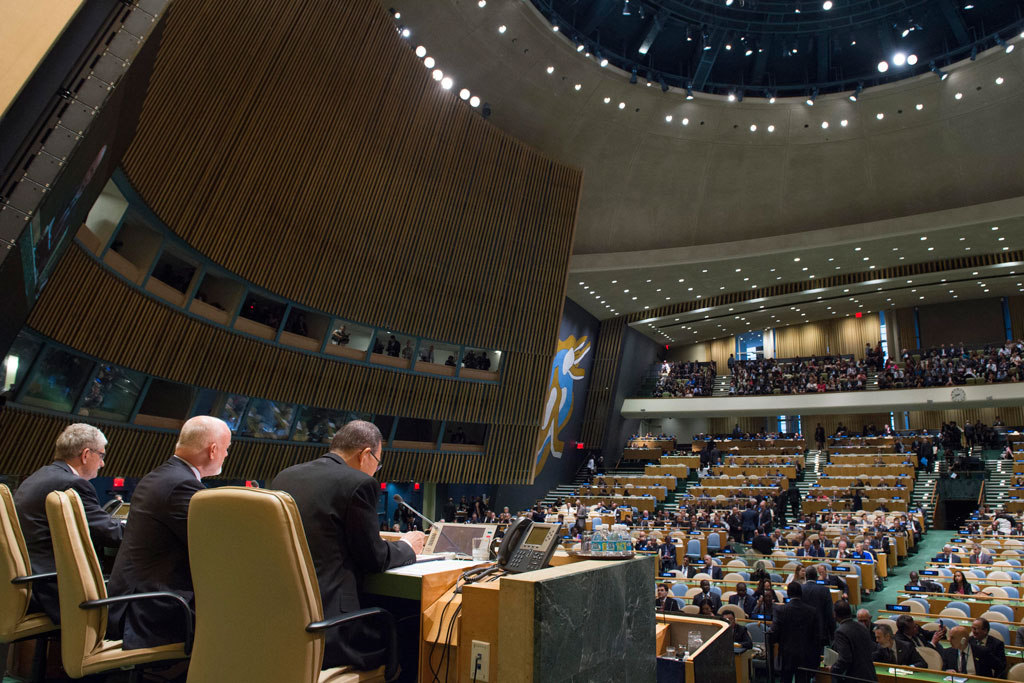 Peter Thomson, President of the UN General Assembly, pledged to take forward the commitment of the membership “to begin a process leading to a global compact on migration, as well as to support a global compact on refugees. I will be urging Member States to maintain their high levels of ambition throughout these processes, and to always reach for the higher ground. The fate of millions of refugees and migrants rests with us.”

Mogens Lykketoft, President of the 70th session of the UN General Assembly, emphasized that all countries must do their part in responding to the global challenge. “The desperation and suffering of people in flight tugs at our collective conscience, and compels us all to act compassionately to forge a global response to what is clearly a global challenge,” he said.

Calling on all partners to support implementation of the Declaration’s commitments, Mr. Lykketoft also welcomed the Secretary-General’s campaign to counter xenophobia and intolerance. He said: “In the face of a changing world, it is vital that we do not give in to fear, but that we strive to maintain our principles and common humanity.” 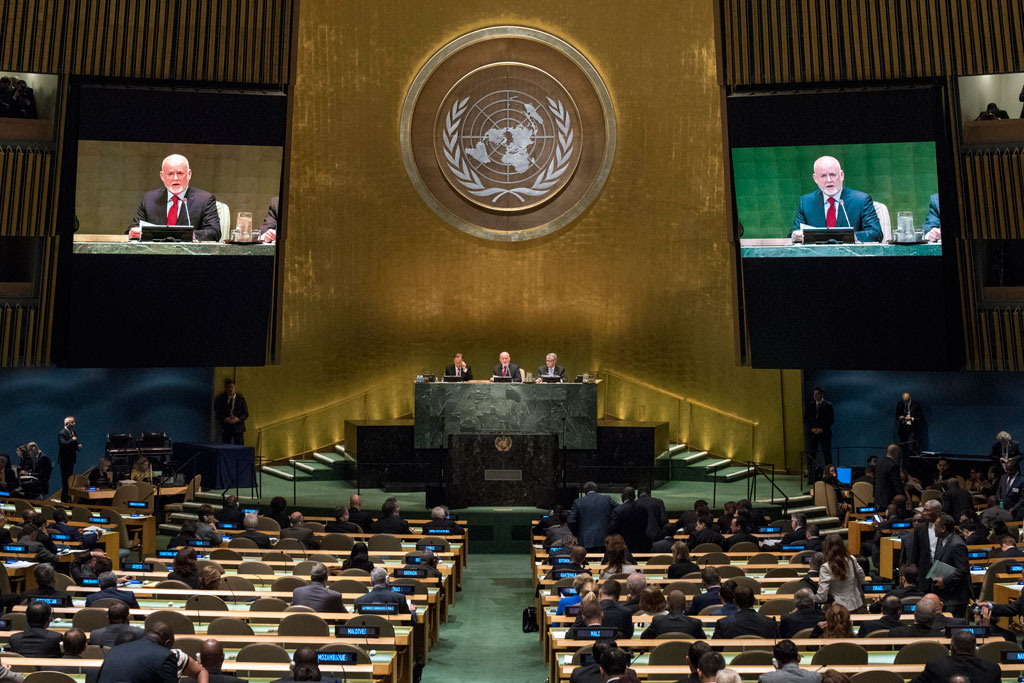 Unfortunately, responsibility had often been passed to those closest to the crisis, he said, emphasizing: “Let today be the turning point.” The Office of the Special Representative would soon submit plans for strengthening the ability of the UN to coordinate adequate and equitable support to refugees and other migrants, he said, calling for the soonest possible development and adoption of global compacts on migration and refugees.

As called for in the Declaration, the Secretary-General also launched a new campaign called 'Together – Respect, Safety and Dignity for All' to “respond to rising xenophobia and turn fear into hope.” He urged “world leaders to join this campaign and commit together to upholding the rights and dignity of everyone forced by circumstance to flee their homes in search of a better life.”

Also today, the Secretary-General and William Lacy Swing, the Director-General of the International Organization for Migration, signed the new agreement by which IOM officially becomes a related organization of the United Nations system, thus strengthening the comprehensive global approach to migration.

When he addressed the opening session, Mr. Swing, said three elements had made the landmark agreement possible: global trends, trust and timing. Migration is driven by factors including demography, disasters, the digital revolution, technology, North-South disparities and environmental degradation, and is indeed a priority for all Governments.

At summit for refugees and migrants, senior UN officials underline the importance of collective action

Speaking at the opening of the United Nations Summit for Refugees and Migrants, a number of senior UN officials stressed on the importance of the Summit and called on world leaders for collective action to address the global crisis.