“I took my piano and made it everything: my work, and my studies at university; to teach children music,” begins Ayham al-Ahmad, in an interview with United Nations Radio, ahead of a UN summit on large movements of refugees and migrants on 19 September 2016.

Born in 1988 in Yarmouk – a Palestinian refugee camp near the Syrian capital, Damascus – Mr. al-Ahmad never knew another home for 27 years. When war broke out in Syria in 2011, it did not take long before its violence reached the camp he and his family had come to call home. Rather than run away, Mr. al-Ahmad says he decided to stay and 'fight' with his piano. Thus 'armed,' Mr. al-Ahmad played in the rubble, bringing immense joy and laughter to the children of Yarmouk.

“I teach them (children) in the streets, and sing with them, laugh with them, and fall in love with them,” he says. But that is in the past. Mr. al-Ahmad no longer lives in Yarmouk – he fled Syria, via Turkey, and ended up in Germany, where he now lives with his family.

“I decided to leave, after Zeinab died,” he says. Zeinab was a little girl who used to sing with him. She was killed when armed men from the so-called Islamic State or ISIL opened fire on the camp, and burned down his piano. That was in 2015.

In the interview with the UN Radio, Mr. al-Ahmad, was asked why he chose to play the piano in the refugee camp.

“I couldn’t afford to provide food for people in Yarmouk,” he says, “but I could feed their brains with music.” With the distress that the war was inflicting on the inhabitants of Yarmouk, Mr. al-Ahmad decided to find a way to make the children smile and, perhaps, forget about the war and its accompanying horror. But not everyone appreciated his efforts, especially older people.

“[People over 40] did not like the music. [They would say,] 'people are dying and you’re playing music, why? You should stop and be quiet.'” But younger people and the children liked the music a lot. “When I put my piano in the middle of the road, I see them coming like bees to a rose flower,” he says. 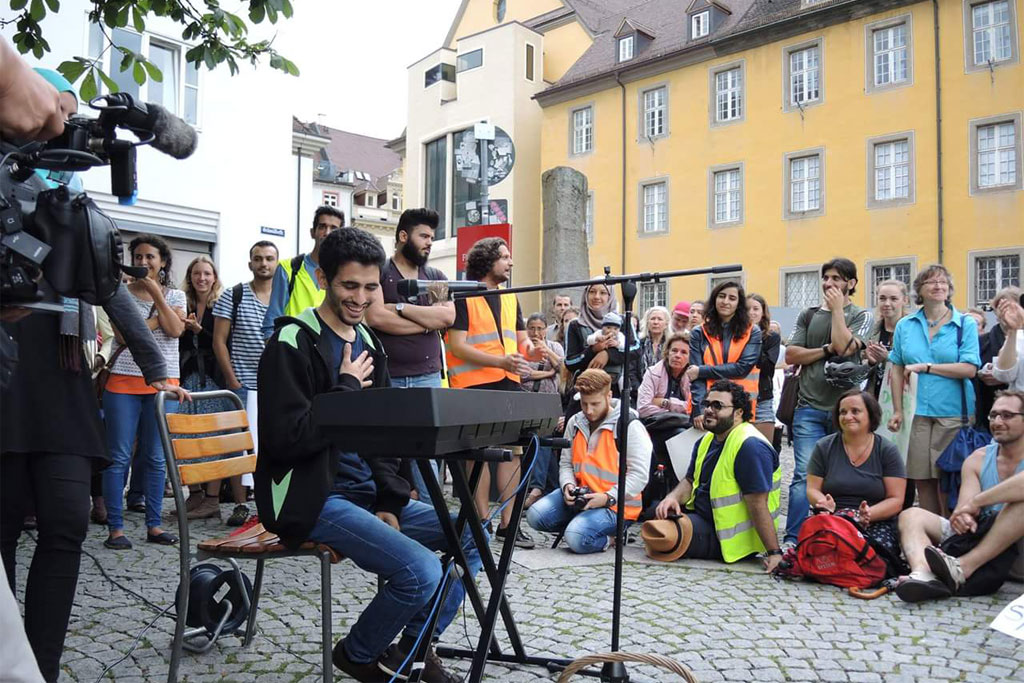 In the interview, he talked about the "horrible" trip from Syria to Germany, and the extra difficulties faced by Palestinian Refugees.

He made the trip alone, leaving his wife and children behind in Syria. "I decided to die alone,” he says. His family would later join him in Germany, through legal means.

Now settled in Germany, he is trying to use his music, to show the world the real face of refugees and Muslims, noting, "we're not terrorists."

In Germany, Mr. al-Ahmad has a new life and new dreams to aspire to. But the story is different for other refugees, still caught up in the conflict in Syria, and in other conflicts around the world. Many, like him, are trying to find their way out of those conflicts, to seek safety in other countries. Besides refugees, there are thousands of migrants and asylum seekers who take perilous journeys as they try to find safety, or a new, better life.

Ahead of the UN summit on refugees and migrants on 19 September 2016, the UN Radio caught up with al-Ahmad, and asked why he chose to play the piano in the refugee camp, Ahmad says he couldn’t afford to provide food for people in Yarmouk, but he could “feed their brains with music”. UN News

This year, in addition to the General Debate – a multilateral discussion of international issues covered by the UN Charter – the UN Summit on refugees will, for the first time, convene countries at the Heads of State and Government level to discuss the massive shifting of people, with the aim of creating a better international response. The forum aspires to strengthen the governance of international migration and provide a unique opportunity to create a more humane and coordinated approach to their expansive movement.

The UN Secretary- General, Ban Ki-moon, highlighted that it represents “a breakthrough at a breaking point,” adding, “With so many shrill voices dominating the debate, governments from around the world are responding in measured tones that can yield real results if promises are kept.” 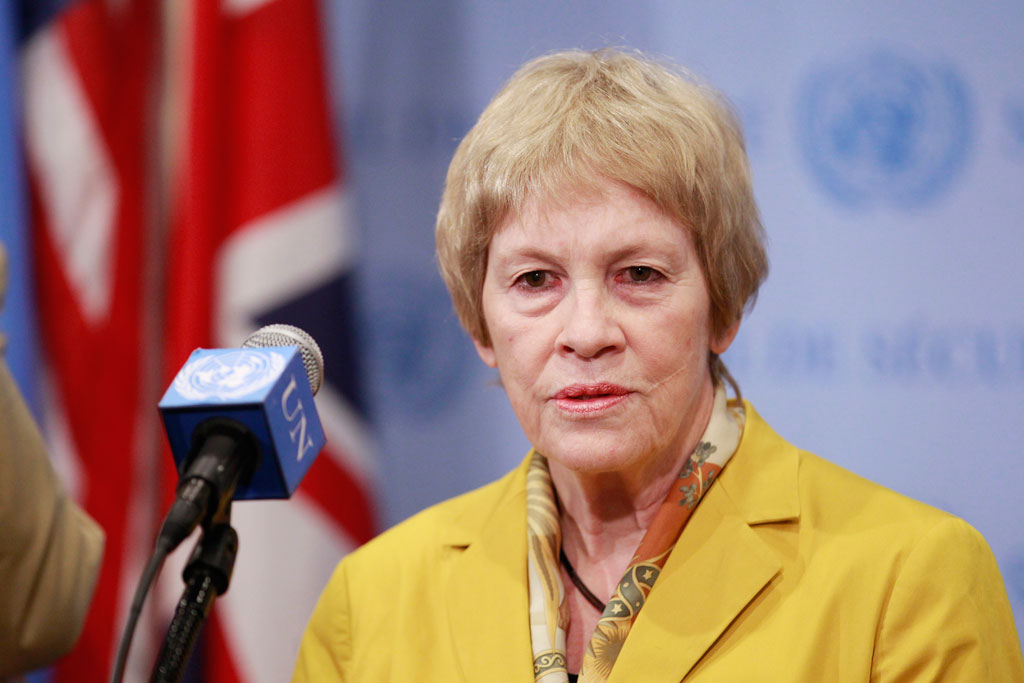 Karen AbuZayd, the Special Adviser on the Summit, underscored that it was time to meet the challenges associated with the large movements expected in the future. She expressed her firm belief that “a positive campaign can transcend political polarization… and reinforce fundamental values of diversity and the benefits of migration.”

Sometimes, history is also made off the main stage.

On the margins of the General Assembly, US President Barack Obama will be co-hosting a Leaders' Summit on Refugees – alongside Canada, Ethiopia, Germany, Jordan, Mexico and Sweden –asking governments to pledge significant new commitments. This meeting will not focus on migrants, but will complement the Assembly’s high-level summit, which will address both.

Mr. al-Ahmad’s piano may not provide all refugees and migrants with the help they need, but solidarity with them could. Ahead of the summit on large movements of refugees and migrants, the UN High Commissioner for Refugees, Filippo Grandi, presented, on Friday 19 September, a new #WithRefugees petition to the UN Secretary-General and the President of the UN General Assembly. According to the UN refugee chief, the petition - which contains more than one million signatures collected from around the world - is an expression of the general public's solidarity and shared responsibility in addressing forced displacement and migration. Presenting the petition, Mr. Grandi noted, "We see that a lot of people want to help, want to share, and want to accept." 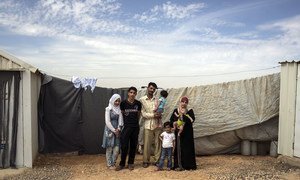 Just days before the 19 September Summit for Refugees and Migrants, at a ceremony in New York today, United Nations Secretary-General Ban Ki-moon accepted a 1.3 million signature-strong petition that expressed solidarity with millions of refugees.