UN Photo/Rick Bajornas
Peace Bell Ceremony on the Occasion of the 35th Anniversary of the International Day of Peace (21 September).
16 September 2016

Ahead of the International Day of Peace, United Nations Secretary-General Ban Ki-moon has stressed that each of the new global Sustainable Development Goals adopted a year ago by 193 countries are the “building blocks” for peace.

Mr. Ban said that every year on that day, the United Nations calls on warring parties around the world to observe a 24-hour ceasefire.

“But peace is not just about putting weapons aside. It is about building societies where people share the benefits of prosperity on a healthy planet,” Mr. Ban said in his message for the Day, observed annually on 21 September.

The UN system is marking the Day early this year, with a host of events that kicked off this morning in the Peace Garden at UN Headquarters, where Mr. Ban rang the Peace Bell and observed a minute of silence.

Women Nobel Peace Prize laureates and the United Nations Messengers of Peace have been invited to participate in the ceremony.

Mr. Ban sounded a call for peace and a day of non-violence before proceeding to ring the Bell. “You know best of all that peace is not an accident. Peace is not a gift. Peace is something we must all work for, every day, in every country,” he said.

While welcoming ceasefires – like the Cessation of Hostilities in Syria, the UN chief stressed that peace is about far more than putting weapons aside and that it involves the hard work of mediation, conflict resolution through diplomacy, reconciliation, peacebuilding and sustaining peace.

He said that he looks forward to visiting Cartagena, Colombia on 26 September for the signing of the historic peace agreement which ends the 50-year war between the Government and the Revolutionary Armed Forces of Colombia-People’s Army.

In addition, the UN Education Outreach Section will hold a global student videoconference, also at Headquarters.

The Education Outreach Section invited young people from around the world to submit videos on how the Sustainable Development Goals can build peace. The most engaging videos can be viewed on the UN International Day of Peace YouTube channel and a small selection will be shown at the global student videoconference. 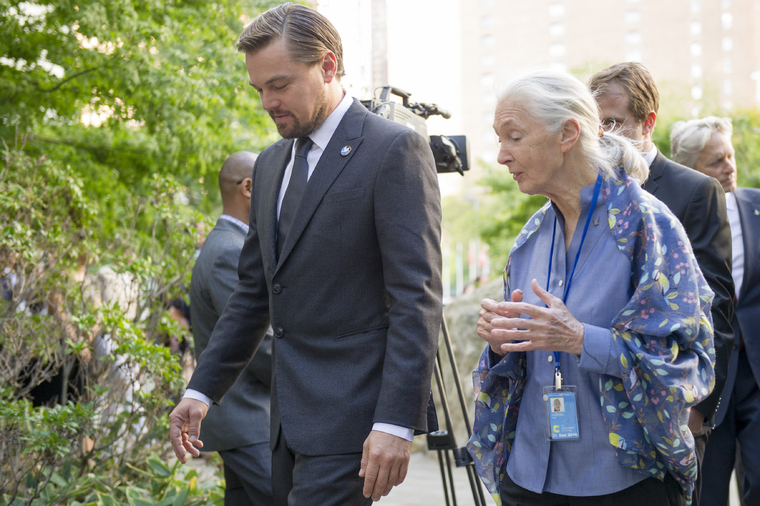 UN Messengers of Peace Leonardo DiCaprio and Jane Goodall at the annual Peace Bell Ceremony held at UN headquarters in observance of the International Day of Peace. UN Photo/Rick Bajornas 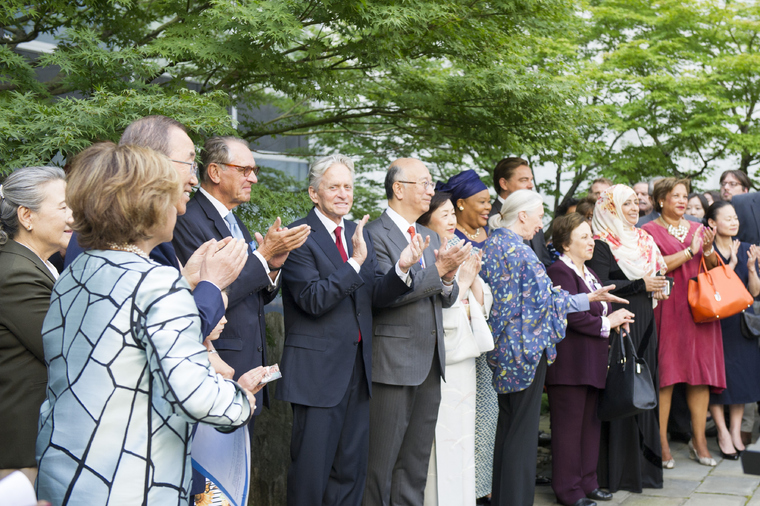 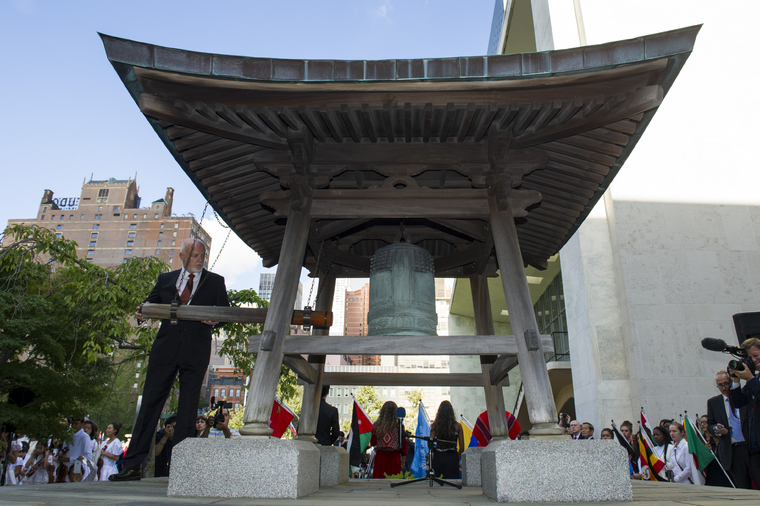 Peter Thomson, President of the seventy-first session of the General Assembly, rings the Peace Bell at the annual ceremony held at UN headquarters in observance of the International Day of Peace. UN Photo/Rick Bajornas 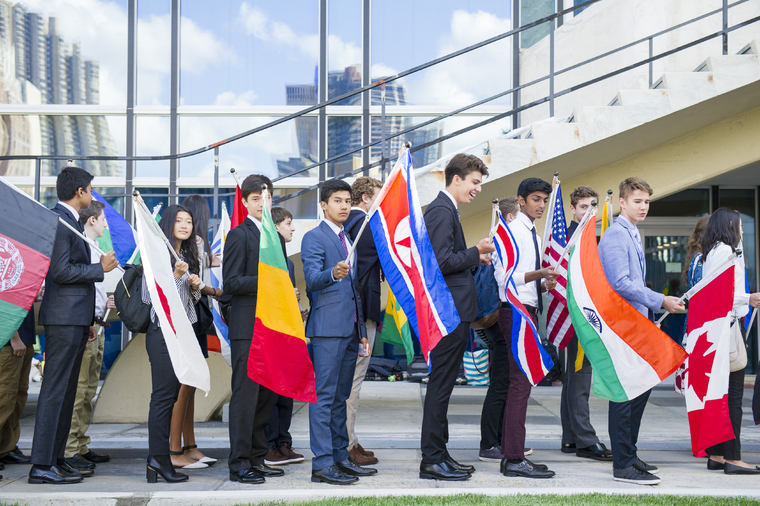 In his message ahead of the Day, the Secretary-General said the theme of this year's observance highlights the 17 Sustainable Development Goals – or SDGs – as building blocks for peace.

“On this International Day of Peace, express your commitment to peace by becoming a champion for the SDGs,” he said.

The Day was established in 1981 by the UN General Assembly. Two decades later in 2001, the Assembly unanimously voted to designate the Day as a period of non-violence and ceasefire. The UN invites all nations and people to honour a cessation of hostilities during the Day, and to otherwise commemorate the Day through education and public awareness on issues related to peace.

United Nations Secretary-General Ban Ki-moon has wished all Muslims around the world a blessed and peaceful Eid Al Adha.