WFP/S. Noorani
Child's arm being measured to assess his nutritional state at a feeding centre in Dahakula village, Bangladesh.
7 September 2016

While announcing a strategic action plan to deal with the issue, the United Nations health agency today called for a whole-of-society approach to address the double burden of malnutrition which affects populations across south-east Asia, particularly women and girls.

“The current nutrition profile of the south-east Asia region is characterized by under-nutrition rates that are declining slowly alongside rapidly rising rates of overweight and obesity, often within the same communities, and even in the same households,” the World Health Organization's (WHO) Regional Director for the South-East Asia Region, Dr. Poonam Khetrapal Singh, said in a news release today.

“This double burden is depriving people of reaching their potential, and is fuelling rising rates of non-communicable diseases,” she added. “We need to mobilize multi-sectoral action to address the problem at the earliest.”

According to WHO, across south-east Asia, an estimated 60 million children under the age of five are stunted, a condition characterized by reduced growth rate and development, while 8.8 million are overweight. Furthermore, thinness affects 24 to 47 per cent of adolescent girls, while between two and 24 per cent are overweight and the prevalence of overweight or obesity among adult women ranges between 18-30 per cent.

Highlighting that ending all forms of malnutrition is an important component of the 2030 Agenda for Sustainable Development, Dr. Khetrapal Singh said that WHO, in consultation with its regional member countries, developed a strategic action plan to reduce the double burden of malnutrition. “This will provide the basis for action moving forward,” she noted.

According to the news release, the action plan, which covers from 2016 to 2025, will serve as an advocacy and reference tool for the health agency's local members to ensure that national interventions are comprehensive and evidence-based. It emphasizes the importance of promoting a supporting environment for nutrition interventions and securing multi-sectoral commitment, including commitment from the private sector, to address the issues.

The news release added that the strategic action plan was adopted by WHO's Regional Committee for South-East Asia, its highest decision making body for the region. The Regional Committee is made up of 11 member countries – Bangladesh, Bhutan, the Democratic People's Republic of Korea, India, Indonesia, Maldives, Myanmar, Nepal, Sri Lanka, Thailand and Timor-Leste – and has been holding its 69th regional meeting in the Sri Lankan capital of Colombo today. 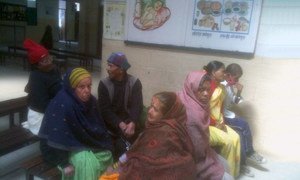 Health ministers in south-east Asia today reaffirmed their commitment to achieve the target of controlling, eliminating and eradicating neglected tropical diseases (NTDS), with the United Nations health agency voicing its support for their efforts.