The head of the United Nations agency charged with eradicating rural poverty has been awarded the inaugural Africa Food Prize – and dedicated it to “the millions of African women who silently toil to feed their families.”

“No nation has been able to transform itself without giving women the same rights and opportunities as men. Our hope for future generations rests with African women who bear and raise our young people who will shape the African continent in the years to come,” the President of the International Fund for Agricultural Development (IFAD), Dr. Kanayo F. Nwanze, added in an IFAD news release on his win.

According to its website, the Africa Food Prize was launched in April this year, in Ghana, and the $100,000 accolade recognizes outstanding individuals and institutions that are leading the effort to change the reality of farming in Africa, from a struggle to survive to a business that thrives. It aims to put a spotlight on bold initiatives and technical innovations that can be replicated across the continent to create a new era of food security and economic opportunity for all Africans. The award succeeds the Yara Prize, which was first established by Yara International ASA in 2005.

A news release on the website noted that the Africa Food Prize Committee – chaired by Olusegun Obasanjo, a former President of Nigeria – selected Dr. Nwanze for his outstanding leadership and passionate advocacy in putting Africa's smallholder farmers at the centre of the global agricultural agenda.

“Dr Nwanze is a model for how a great leader can make a difference in the lives of people on the ground," said Mr. Obasanjo in the news release. "Whether that leader is the head of a global institution, a head of state or a head of small organization, Dr. Nwanze's accomplishments on behalf of African farmers are a reminder of what's possible when you combine passion, good ideas, commitment, focus, hard work and dedication.”

Alongside his “tireless advocacy,” the news release noted that Dr. Nwanze is credited with re-orienting IFAD's work to focus more on making small-scale farming a viable business, as well as expanding IFAD's presence in developing countries to increase the organization's effectiveness. 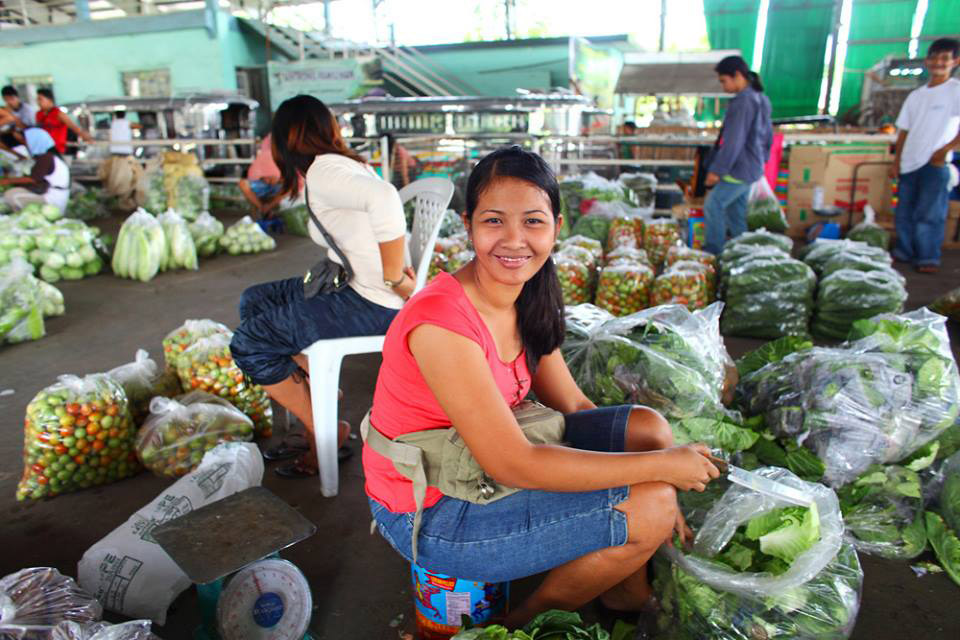 A teenage girl sells lettuce at a vegetable market in La Trinidad, Benguet, Philippines. Young rural people represent a significant portion of the agricultural workforce, and they can play a major role in the development of rural areas. Photo: IFAD/GMB Akash 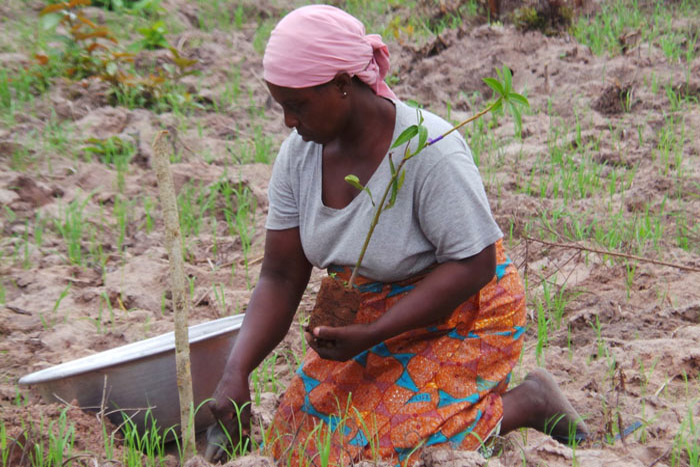 A woman planting a shea tree in Ghana to protect riverbanks, and for her economic empowerment. Shea butter is eaten or sold for cosmetics. Photo: IFAD/Dela Sipitey 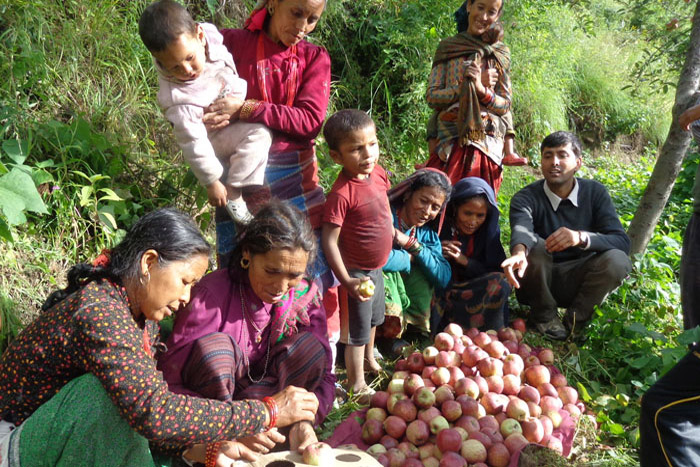 Women in Nepal learn how to grade apples for sale. Photo: IFAD/Shiva Adhikari 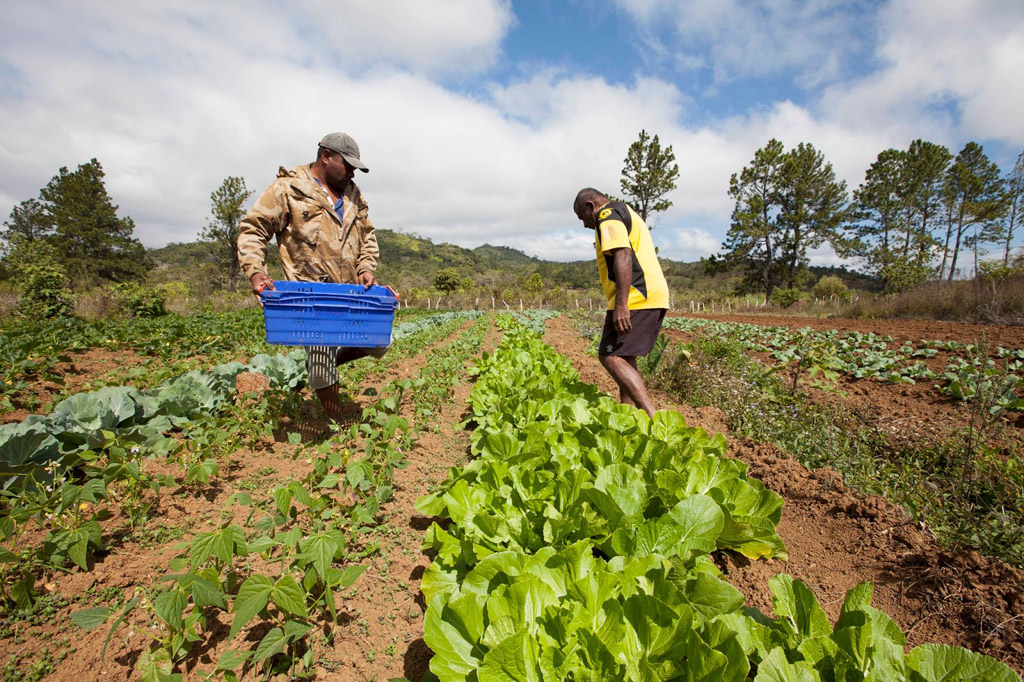 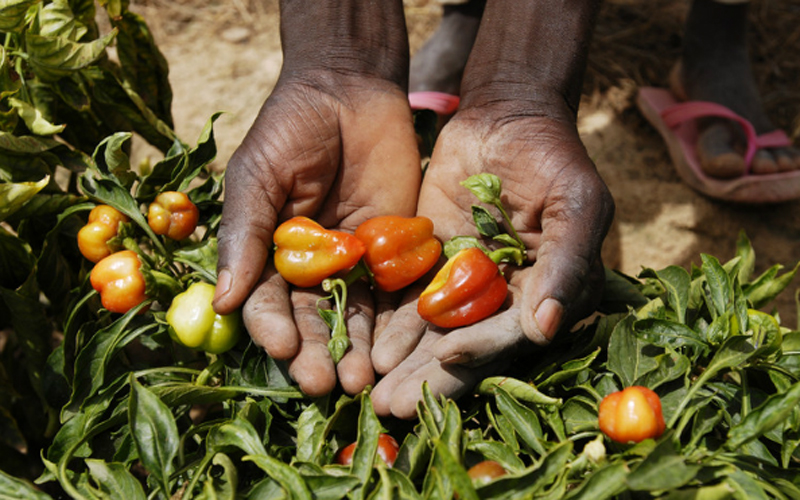 Pepper crops were developed to adapt to a hot climate, sandy soil and little water in the village of Launi, Niger. Photo: IFAD

“I know the difference it makes to see first-hand the value that one’s work is adding to someone’s life,” Dr. Nwanze said in the IFAD news release. “The idea behind opening more country offices is to bring IFAD closer to the people it serves, not only to motivate our own staff, but to more effectively work with rural communities, learning from them and adapting our investments to transform the environment in which they live and work.”

The news release flagged that the Prize recognizes Dr. Nwanze for his individual leadership, but also for the results of successful efforts at IFAD in the years he has been at the helm of the UN agency.

“IFAD… is not the same organization today that it was in 2009, when Nwanze took office as President,” according to the news release. “Despite a major global economic downturn, he succeeded in growing the Fund's overall resources, with significant increases in commitments from member states. As a result of this overall increase in IFAD's portfolio of loans and grants, its ongoing investments in Africa more than doubled – from $1.3 billion at the start of Dr. Nwanze's tenure to $2.7 billion in 2015 – benefiting more than 75 million rural people.

Recent studies by IFAD’s Independent Office of Evaluation show that, where country offices are present, the IFAD-funded programmes and projects are generally more efficient and effective, with stronger partnerships and policy advocacy.

Recognizing that rural development plays a fundamental role in stabilizing communities and reducing migration and conflict, senior government officials have renewed their commitment at a United Nations conference in Rome to invest in smallholder agriculture and reduce poverty in developing countries.