29 August 2016
Marking the International Day against Nuclear Tests, senior United Nations officials today called for the entry into force of a multilateral treaty that bans all nuclear explosions, for both civilian and military purposes, in all environments.

“Today marks a quarter of a century since the closure of the Semipalatinsk test site in Kazakhstan, ground zero for more than 450 nuclear tests,” UN Secretary-General Ban Ki-moon said in his message for the Day. “The victims there are joined by others scattered across Central Asia, North Africa, North America and the South Pacific.”

“A prohibition on all nuclear testing will end this poisonous legacy,” Mr. Ban added, noting that it will boost momentum for other disarmament measures by showing that multilateral cooperation is possible, and it will build confidence for other regional security measures, including a Middle East zone free of nuclear weapons and all other weapons of mass destruction.

A prohibition on all nuclear testing will end this poisonous legacy

In 2009, the UN General Assembly declared 29 August the International Day against Nuclear Tests through the unanimous adoption of a resolution to that effect. It also called for increasing awareness and education “about the effects of nuclear weapon test explosions or any other nuclear explosions and the need for their cessation as one of the means of achieving the goal of a nuclear-weapon-free world.” The resolution’s adoption also commemorated the closure of the Semipalatinsk nuclear test site in Kazakhstan in 1991.

In his message, Mr. Ban also noted that this year marked the 20th anniversary of the adoption of the Comprehensive Nuclear-Test-Ban Treaty (CTBT) by the Assembly.

“Given the catastrophic risks posed by nuclear weapons to our collective human and environmental security – even our very existence – we must reject this stalemate,” said the UN chief.

To date, 183 countries have signed the treaty and 164 have ratified CTBT. For the treaty to enter into force, ratification is required from the so-called Annex 2 States. Of these, China, the Democratic People’s Republic of Korea, Egypt, India, Iran, Israel, Pakistan and the United States, have yet to ratify it.

“Those States whose ratification is required to bring the treaty into force should not wait for others. Even one ratification can act as a circuit breaker,” Mr. Ban said in his message, calling on all countries and peoples to work for CTBT’s prompt entry into force on the path towards a nuclear-weapon-free world.

He also stressed the power of political will that can break longstanding deadlocks, as demonstrated in the adoption of ambitious new 2030 Agenda for Sustainable Development and the Paris Agreement on climate change.

General Assembly President Mogens Lykketoft, in his message for the Day, said that CTBT must also be seen as “an important tool in our endeavour to achieve a world free of nuclear weapons,” adding his voice to the call on those States which have not yet done so to sign and ratify CTBT to enable its entry into force.

Mr. Lykketoft also noted that moratoriums on nuclear testing have had a positive impact on the international security environment, and he recalled the need for continued systematic and sustained efforts to reduce nuclear weapons globally and fulfil the ultimate objective of general and complete disarmament under strict and effective international control.

Mr. Lykketoft noted that to enhance awareness and education about the effects of nuclear test explosions and the need for their cessation, he will convene an informal General Assembly plenary meeting on Wednesday at the UN Headquarters. 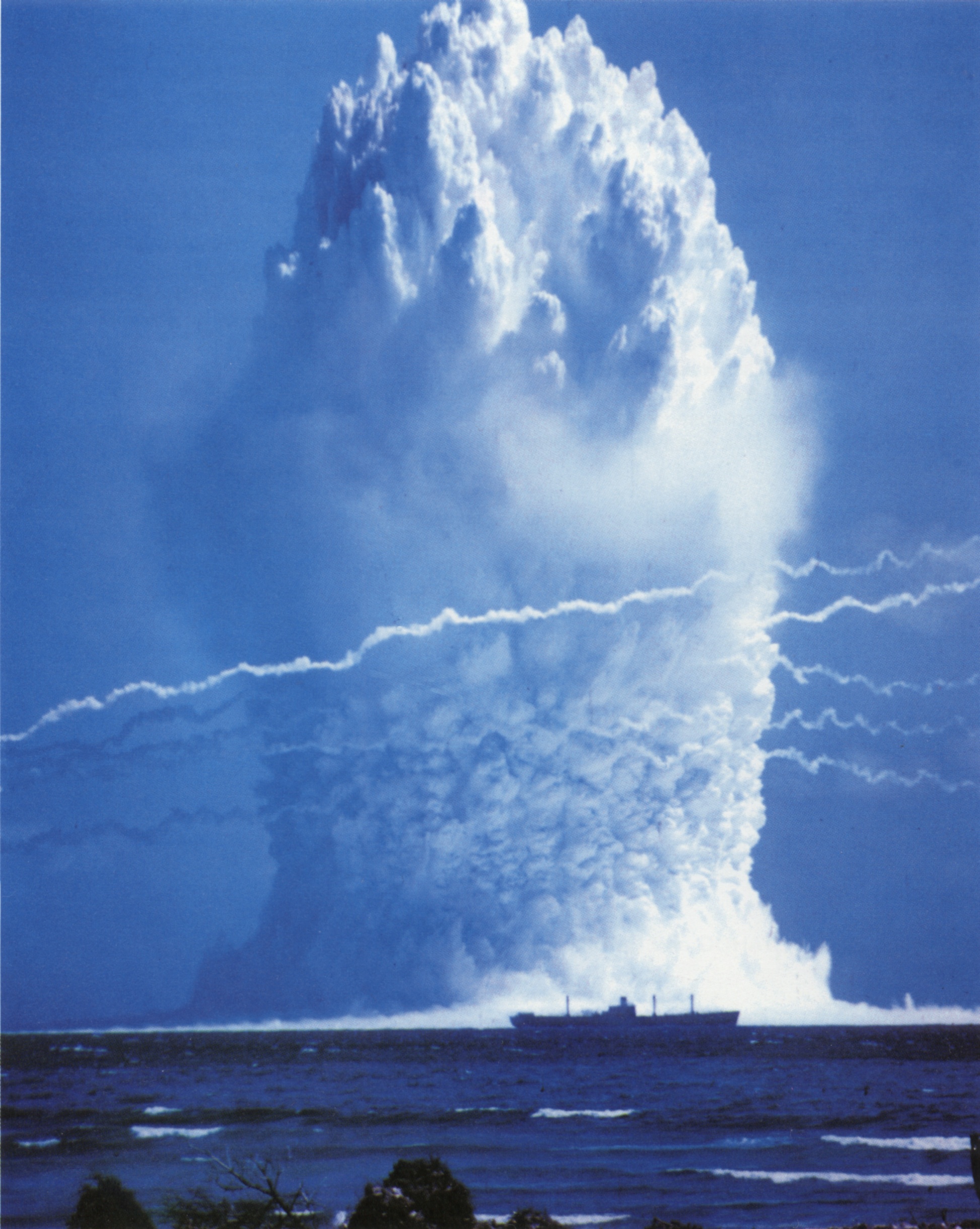 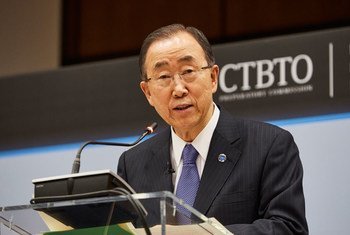 27 April 2016
Marking the 20th anniversary of the Comprehensive Nuclear Test-Ban Treaty Organization (CTBTO), United Nations Secretary-General Ban Ki-moon said today that instead of a celebration, the occasion is a call to action on the work that remains to be done to end nuclear testing and continue on an environmentally sustainable path.