Speaking ahead of a major peace conference in Myanmar, a United Nations independent expert has urged its participants to prioritise human rights issues in their discussions over the coming days, and to do more to ensure the process is fully inclusive.

“A lot is at stake with this Panglong Conference,” the Special Rapporteur on the situation of human rights in Myanmar, Yanghee Lee, said in a news release issued by the Office of the UN High Commissioner for Human Rights (OHCHR). “As with the peace process generally in Myanmar, this is the opportunity to transform the country, into a state that the people of Myanmar have wanted for several decades. But to do so it must be fully inclusive.”

In the release, she added that discrimination, land rights and equitable sharing of natural resources are at the heart of the Southeast Asian nation’s conflict and, therefore, must also be at the heart of the peace discussions and solutions. “It is only by addressing and prioritising these issues that the durable peace desired by the people of Myanmar can be achieved,” she said.

The 21st Century Panglong Conference, which will take place in the country’s capital, Naypyidaw, from 31 August to 5 September, is the first major peace conference held in Myanmar since Aung San Suu Kyi’s National League for Democracy assumed power in late March 2016, according to OHCHR.

UN Secretary-General Ban Ki-moon is scheduled to attend the event on its first day.

In the news release, Ms. Lee described the conference as “a historic moment” but cautioned against celebrating too much too early.

“This is the first brick into the paving of a long road ahead. There is so much, much more to be discussed and negotiated after the first 21st Panglong Conference,” the expert said, while also calling for all parties to “be committed and to work together in full steam to achieve a sustainable, inclusive and transformative peace.”

Ms. Lee drew special attention to women’s participation as a vital ingredient in successful and transformative peace agreements, and noted that women will be underrepresented in the coming discussions despite making up over half of the population in Myanmar.

She also flagged the importance of civil society organisations to be fully involved in the process at every level, and the need for youth to also have a voice at the upcoming gathering and in future discussions. “But the young people themselves must also remember the importance of inclusivity not just amongst armed groups but within all communities,” she added.

“This is the beginning of the process of creating a beautiful mosaic of a diverse, harmonious, and peaceful new Myanmar,” emphasised the UN Special Rapporteur. 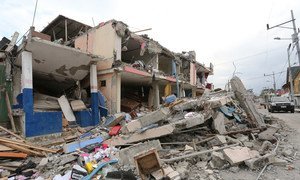 In the wake of powerful earthquakes today in Italy and Myanmar, the United Nations relief wing is monitoring the situations, and Secretary-General Ban Ki-moon's spokesperson said the UN and its partners stand ready to support both countries and local actors should any humanitarian support be needed.