Years of violence by Boko Haram in Africa’s Lake Chad basin, which includes Nigeria, Cameroon, Chad and Niger, have led to a worsening humanitarian crisis that has displaced 1.4 million children and left at least one million still trapped in hard-to-reach areas, the United Nations Children’s Fund (UNICEF) said in a report released today.

“The Lake Chad crisis is a children’s crisis that should rank high on the global migration and displacement agenda,” said Manuel Fontaine, UNICEF Regional Director for West and Central Africa, in a news release.

Released ahead of the UN Summit on Refugees and Migrants on 19 September 2016, the report, Children on the Move, Children Left Behind, looks at the impact of the Boko Haram insurgency on children in the Lake Chad basin countries and its devastating toll on children.

The report noted that, in addition to the 2.6 million people currently displaced, 2.2 million people – over half of them children – are feared to be trapped in areas under the control of Boko Haram and need humanitarian assistance.

The report also noted that an estimated 38 children have been used to carry out suicide attacks in the Lake Chad basin region so far this year, bringing to 86 the total number of children used as suicide bombers since 2014.

It found that an estimated 475,000 children across the basin region will suffer from severe acute malnutrition this year, up from 175,000 at the beginning of the year, and in northeast Nigeria alone, an estimated 20,000 children have been separated from their families.

The report also noted that most of the displaced population – more than 80 per cent – are staying with families and neighbours, putting additional strain on some of the world’s poorest communities.

“Local communities are sharing the little they have to help those in need in an act of humanity that is replicated in thousands of homes across the conflict-affect areas,” said Mr. Fontaine.

UNICEF is working with partners to meet the basic needs of children and their families in the conflict-affected areas. So far this year, nearly 170,000 children received psychosocial support, almost 100,000 were treated for severe acute malnutrition and over 100,000 took part in learning programmes.

The children’s agency, which has received only 13 per cent of the $308 million it needs to provide assistance to the families affected by Boko Haram violence across Lake Chad basin, is appealing to the donor community to step up its support for the affected communities. 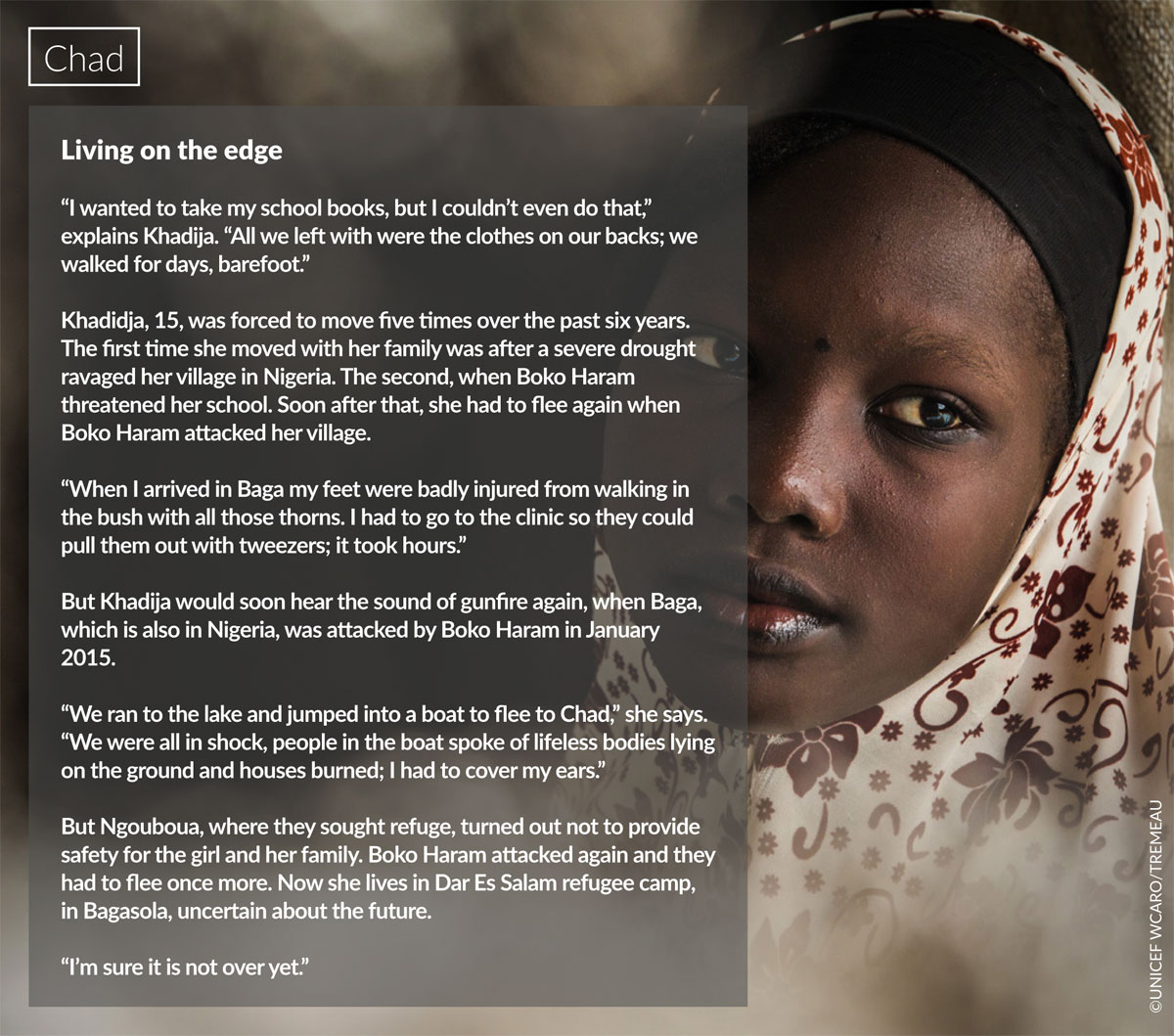 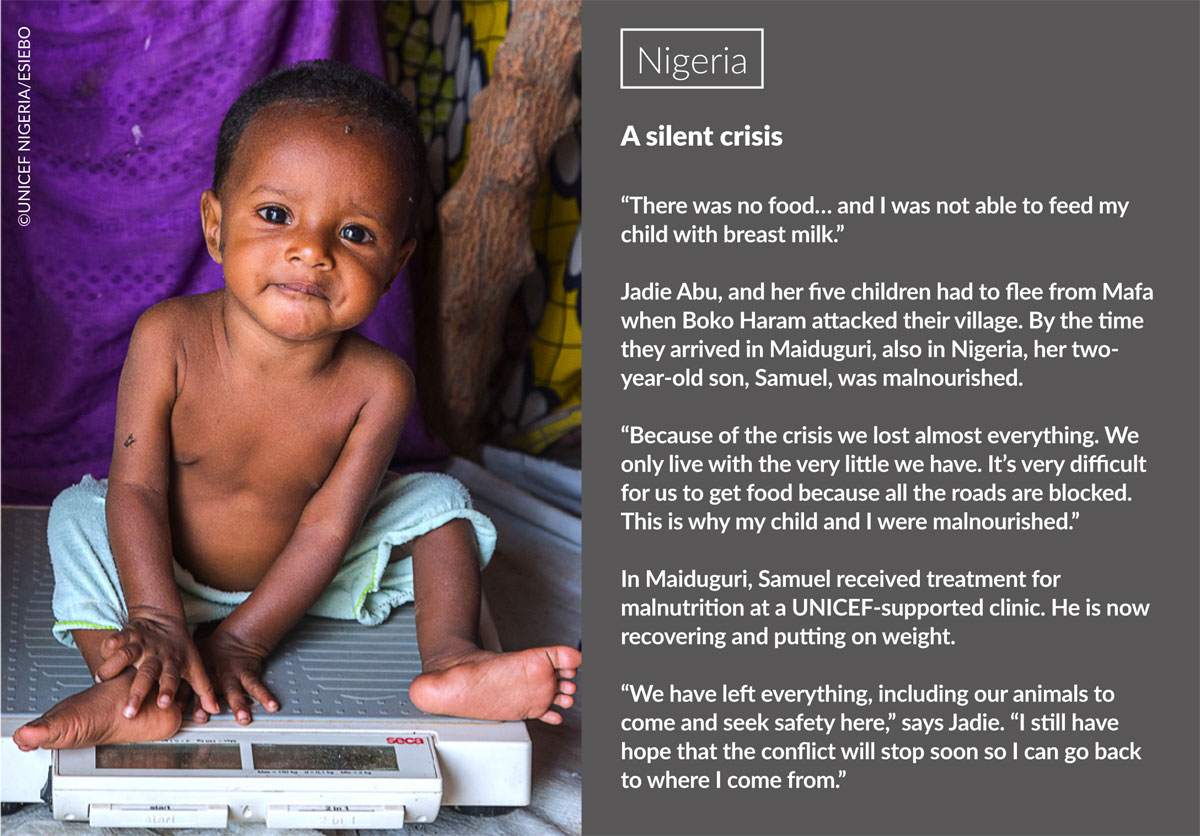 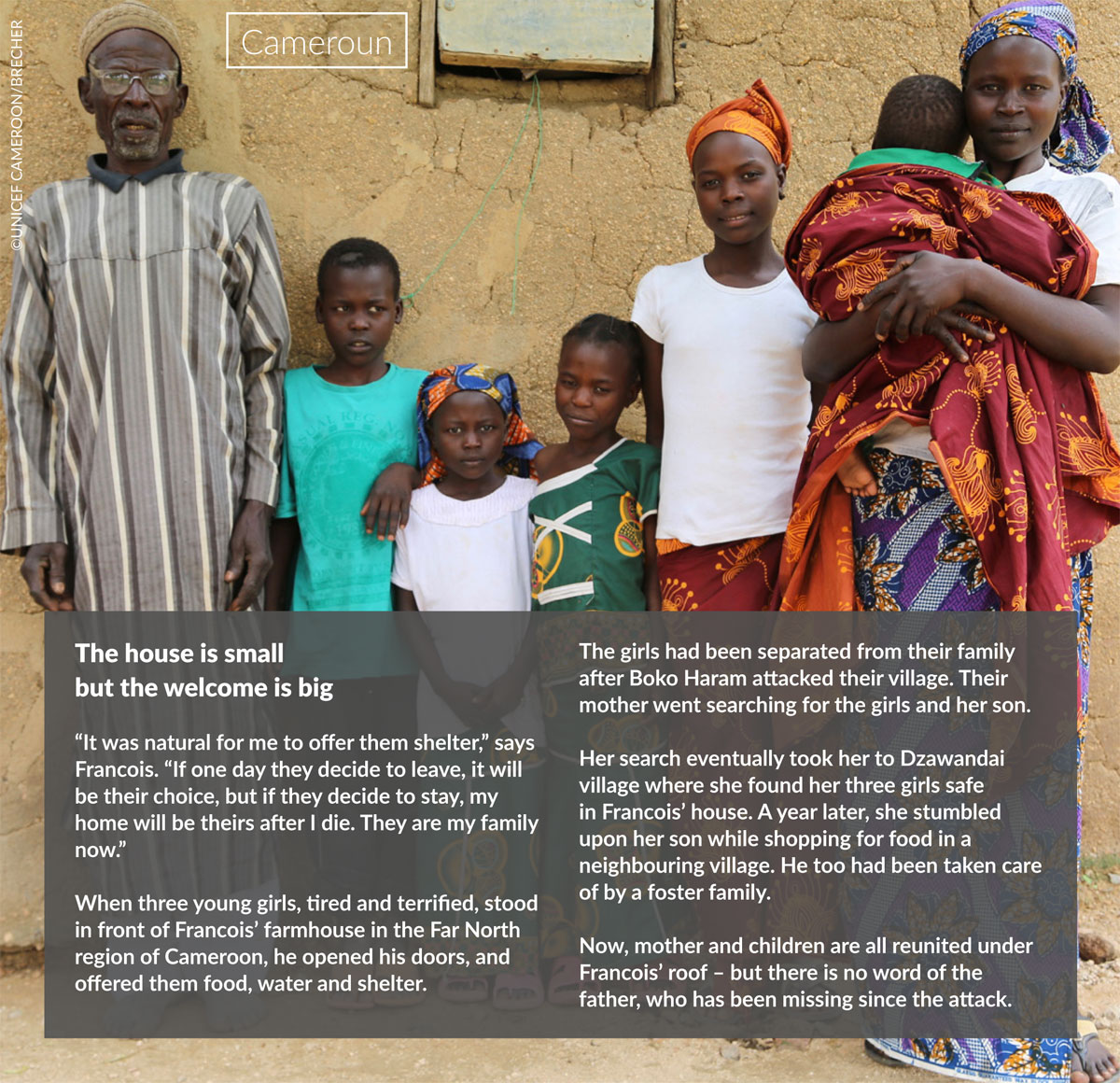 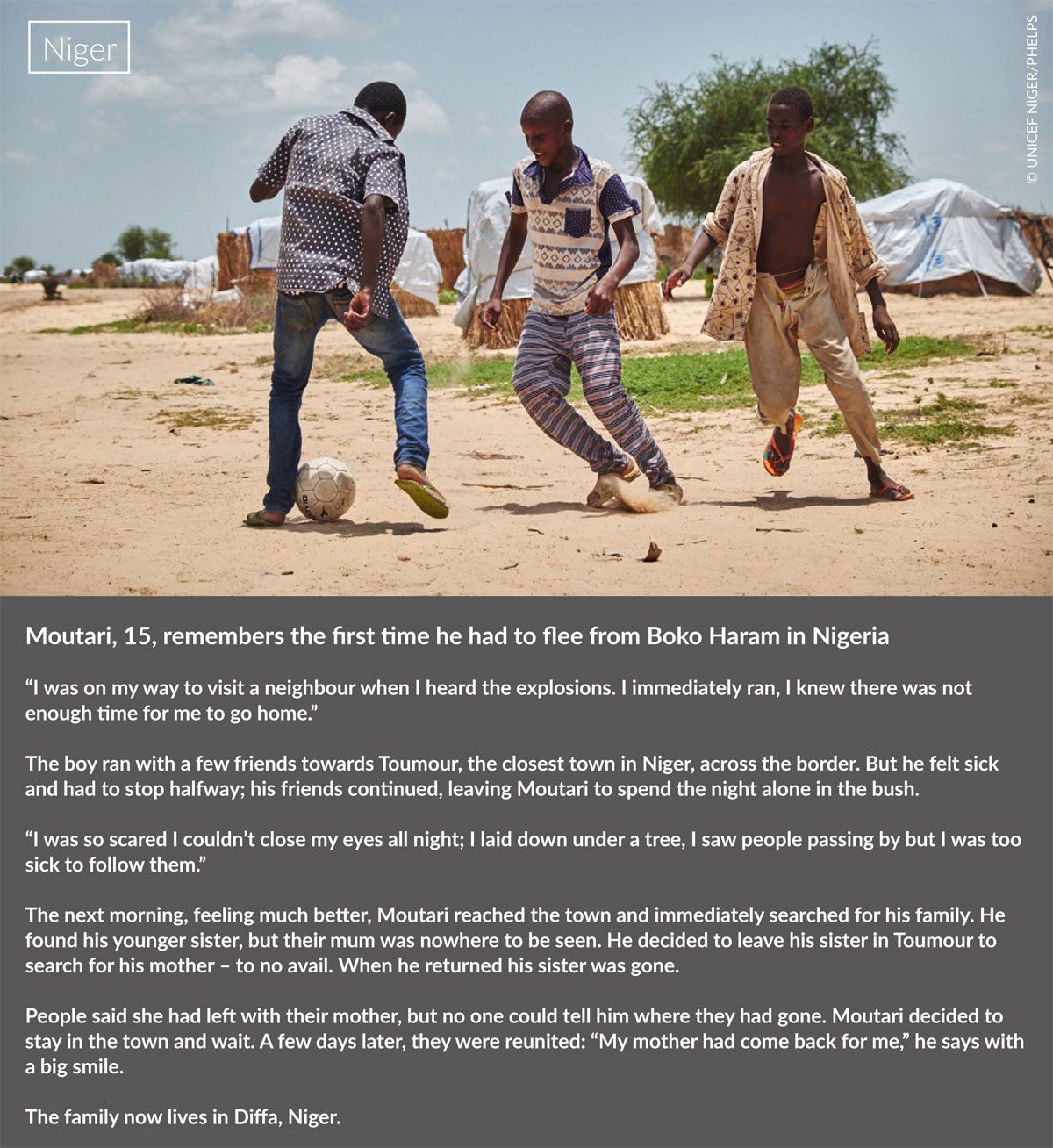 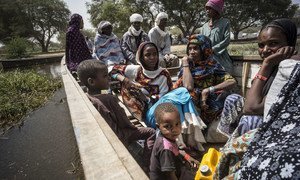 The United Nations refugee agency said today that it is increasingly alarmed at the unfolding situation in north-east Nigeria where the advancing military campaign against Boko Haram has exposed “catastrophic” levels of suffering among a population outside humanitarian reach over months or years.