At Security Council, Ban calls for eradicating weapons of mass destruction ‘once and for all’

UN Photo/Rick Bajornas
A wide view of the Security Council open debate on the topic “Challenges in addressing proliferation of weapons of mass destruction, their means of delivery and related materials.”
23 August 2016

Recalling that eliminating weapons of mass destruction was one of the founding principles of the United Nations and was in fact the subject of the first resolution adopted by the UN General Assembly, Secretary-General Ban Ki-moon today stressed the need to seriously refocus attention on nuclear disarmament.

“I call on all States to focus on one overriding truth: the only sure way to prevent the human, environmental and existential destruction these weapons can cause, is by eradicating [these weapons] once and for all,” said Mr. Ban in his remarks at the Security Council open debate on ‘non-proliferation of weapons of mass destruction.’

“We – the international community – must ensure the disarmament and non-proliferation framework is universally and completely implemented, and is resilient and versatile enough to grapple with the changing environment,” he added.

Adopted in 2004, resolution 1540 affirms that the proliferation of nuclear, chemical and biological weapons and their means of delivery constitutes a threat to international peace and security.

But the Secretary-General also pointed out that the challenges to the disarmament and non-proliferation architecture are growing. He noted that technological advances have made means of production and methods of delivery of these weapons easier and more accessible.

He said that it is particularly disappointing that progress on eliminating nuclear weapons has descended into fractious deadlock, underscoring that arguments justifying nuclear weapons, such as those used during the Cold War, “were morally, politically and practically wrong thirty years ago, and they are wrong now”.

Secretary-General Ban Ki-moon urges all states to focus on the non-proliferation of weapons of mass destruction, in order to "prevent the human, environmental and existential destruction these weapons can cause". Credit: UN News Centre

Recalling the Security Council’s convening of the historic summit on non-proliferation and adoption of resolution 1887 (2009) in which it emphasized its primary responsibility to address nuclear threats and its willingness to take action, Mr. Ban said the global community now expects the Council to demonstrate the same leadership on the subject, to build on resolution 1887 and to develop further initiatives to bring about a world free of weapons of mass destruction.

While noting that more needs to be done to “bridge the divide” within the international community, the UN chief said that it was encouraging that all UN Member States agree that the collective efforts must complement and strengthen the nuclear disarmament and non-proliferation regime, including the NPT, which is the only treaty-based commitment to nuclear disarmament and has been a strong barrier against nuclear proliferation for nearly 50 years.

Biological attacks could be much more devastating

Speaking on the threat of biological weapons, the Secretary General said that in the wake of serious outbreaks of Ebola, MERS and yellow fever, he is “very concerned” that the international community is not adequately prepared to prevent or respond to a biological attack.

“The impact and consequences of a biological attack on a civilian target could far exceed those of a chemical or radiological attack,” he highlighted, stating that the investment in the international architecture dealing with these different types of weapons of mass destruction is not commensurate with their possible effects.

“For example, there is no multilateral prevention and verification agency for biological weapons, as there is for nuclear and chemical threats and risks,” he added.

The Secretary-General also called on the Security Council to consider how to strengthen resolution 1540 to ensure that non-State actors cannot acquire these horrific weapons.

“For twelve years, this resolution has tried to provide a barrier to the threat and risk of weapons of mass destruction use by non-state actors, which is a very real threat,” recalled Mr. Ban.

He called on the Council to use the open debate to be proactive in ensuring the resolution continues to be fit for purpose. 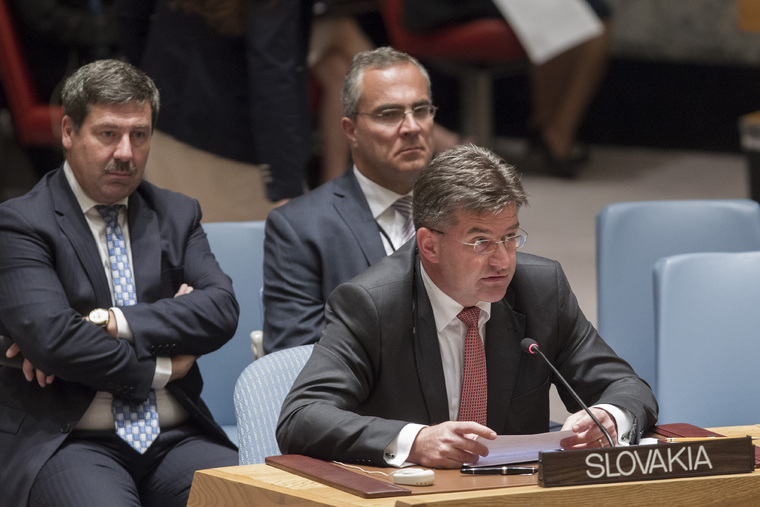 Miroslav Lajcák, Minister for Foreign and European Affairs of the Slovak Republic, addresses the Security Council open debate on the “Challenges in addressing proliferation of weapons of mass destruction, their means of delivery and related materials”. UN Photo/JC McIlwaine 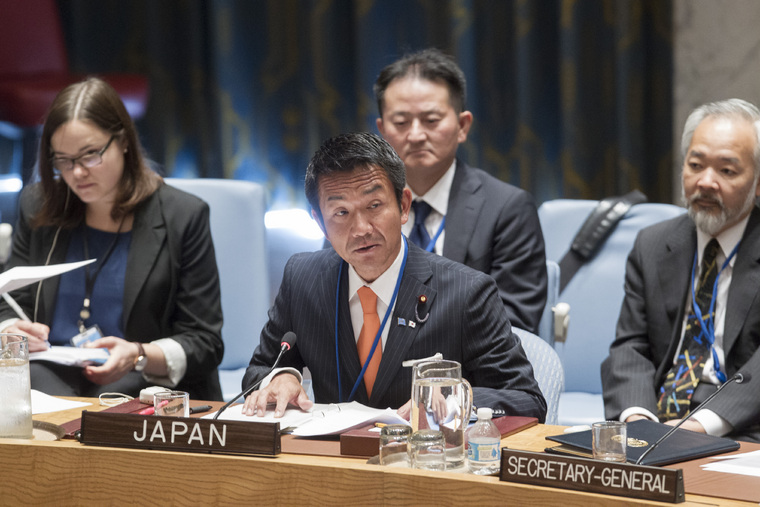 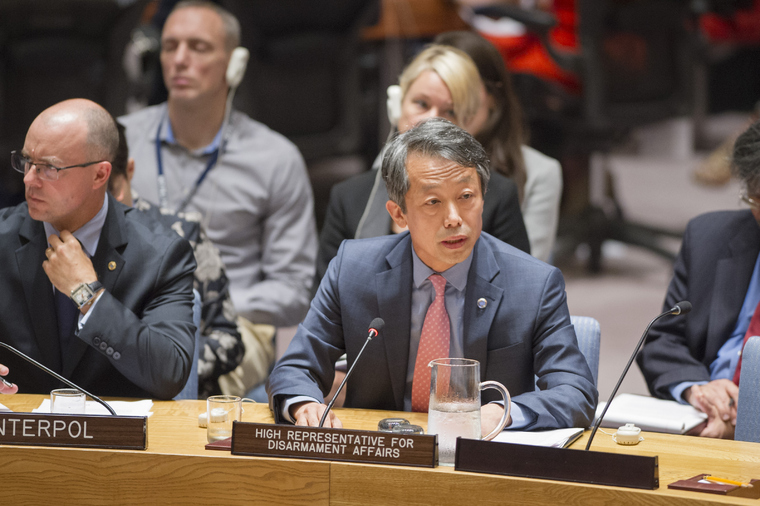 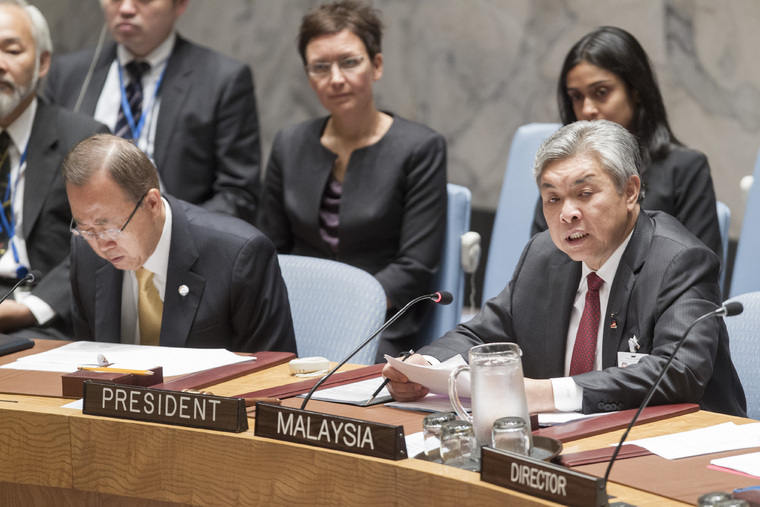 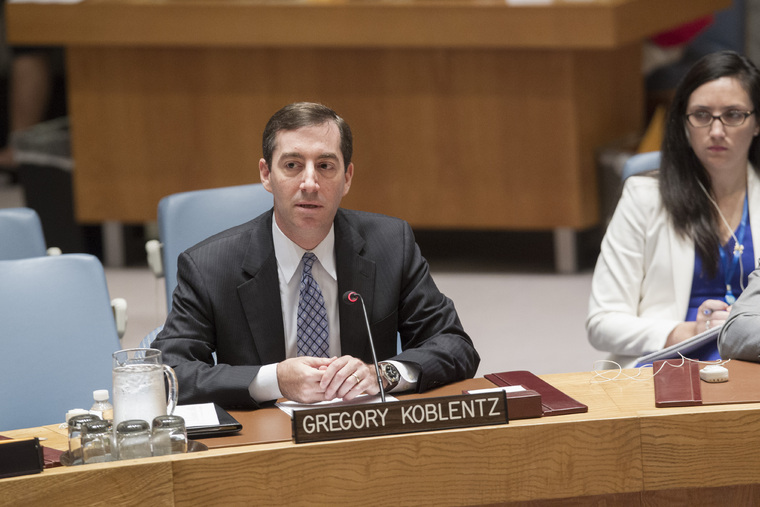 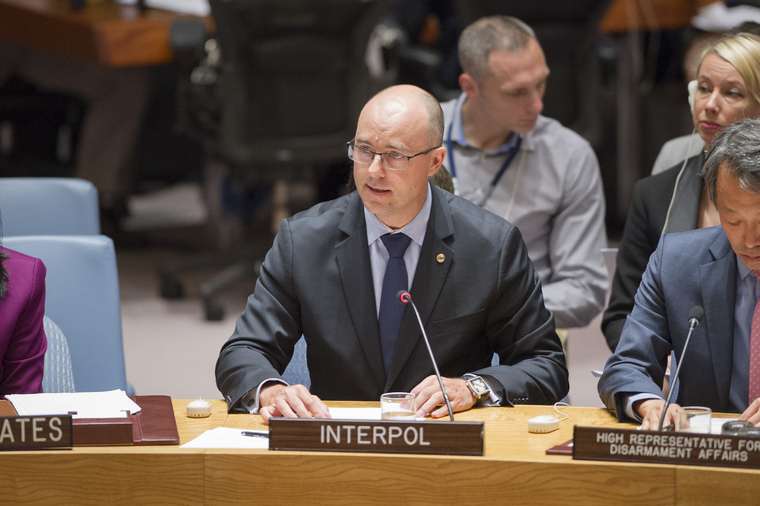 People must also be protected from online attacks

Turning to the new global threats emerging from the misuse of science and technology, and the power of globalization, the Secretary-General said that the nexus between these emerging technologies and weapons of mass destruction needs close examination and action.

“Information and communication technologies, artificial intelligence, 3D printing and synthetic biology will bring profound changes to our everyday lives and benefits to millions of people,” he noted, but cautioned that “their potential for misuse could also bring destruction.”

As a starting point, Mr. Ban said the international community must step up to expand common ground for the peaceful use of cyberspace and, particularly, the intersection between cyberspace and critical infrastructure.

Expressing that people now live a significant portion of their lives “online,” they must be protected from online attacks, just as effectively as they are protected from physical attacks.

Mourning those who perished in the 1945 atomic bombing and suffered through its horrendous after-effects, United Nations Secretary-General Ban Ki-moon today conveyed his solidarity to a peace memorial ceremony in Nagasaki, Japan, and urged all to “recommit to building a safer and more secure future.”