UNICEF/Rajat Madhok
A prison cell in Malé, the capital of the Maldives.
9 August 2016

Voicing concern over a number of worrying developments regarding capital punishment in the Maldives, the United Nations human rights chief today called on the Government to refrain from carrying out planned executions and to uphold the de facto moratorium that has been in place in the country for over six decades.

“The Maldives has long provided important leadership on global efforts to bring an end to the use of the death penalty, so it is deeply regrettable that a series of steps have been taken to resume executions in the country,” Zeid Ra'ad Al Hussein, UN High Commissioner for Human Rights, said in a press release.

Since last November, the High Court decided that the President may no longer exercise the power of commuting death sentences to life imprisonment; in June this year, capital punishment regulations were further amended to allow for hanging in addition to lethal injections as methods of execution.

Further, in July, the Supreme Court swiftly issued an order cancelling the stay order issued by the High Court and reiterated that its decisions on death sentences are final.

“The death penalty is not effective in deterring crime,” said Mr. Zeid, adding that “a judiciary that is unable to consistently apply fair trial standards and is marred by politicisation must not be allowed to have the final say in matters of life and death.”

There are currently 17 individuals on death row in the Maldives. Some cases raise serious due process concerns, with three of them at imminent risk of execution.

“Maldives has upheld the right to life for more than 60 years,” said the High Commissioner, also urging “the leaders and the people of the Maldives to continue to uphold the moratorium on the death penalty and work towards prohibiting the practice altogether.” 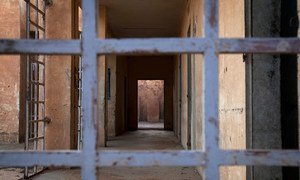 The death penalty does not deter drug crimes, nor does it protect people from drug abuse, said United Nations Secretary-General Ban Ki-moon, reiterating the world body's ongoing call to abolish the practice altogether, while emphasizing that if used, that it be applied only to the crime of intentional killing.