Phil Moore/IRIN
Soldiers from the Burundian armed forces in the Musaga neighbourhood of the capital Bujumbura.

8 August 2016
Gravely concerned by reports that four Burundian lawyers who provided information to the United Nations Committee on Torture (CAT) are being subjected to reprisals, the body said today that it has sent a letter to the Ambassador of Burundi to the United Nations in Geneva seeking assurances that no member of Burundian civils society would be subjected to such treatment for cooperating with the CAT.

In a press statement issued by the Office of the UN High Commissioner for Human Rights (OHCHR), the Committee said the four lawyers – Armel Niyongere, Lambert Nigarura, Dieudonné Bashirahishize and Vital Nshimirimana – had contributed to an alternative report by a coalition of Burundian non-governmental organizations for the its review, and three were present at the review in Geneva on 28 and 29 July.

According to the Committee, on 29 July, a Burundian prosecutor asked the President of the Bujumbura Bar Council to strike the lawyers off the professional register, alleging that they had committed several offences, including involvement in an insurrectionist movement and an attempted coup.

The Committee’s letter, signed by Chair Jens Modvig and Rapporteur on Reprisals Alessio Bruni, notes that the prosecutor requested sanctions against the lawyers, rather than an inquiry to establish the facts, “which raises concerns with respect to presumption of innocence.”

It goes on to state that this concern “is all the stronger given that the (prosecutor’s) request came on the same day that the Burundian delegation, presided over by the Minister of Justice, indicated they would not be participating in the second session of dialogue with the Committee, citing the alternative report by Burundian civil society in particular as the reason.”

Mr. Modvig and Mr. Bruni also point out that the Committee raised the issue of reprisals after the last regular review of Burundi in 2014. They reminded the Burundian Government that reprisals contravene Article 13 of the Convention against Torture, to which the country has been a party since 1993. Article 13 states that complainants and witnesses should be protected against all ill-treatment or intimidation as a consequence of making a complaint or giving evidence.

Given the gravity of the cases detailed in their letter, Mr. Modvig and Mr. Bruni have asked for a reply from the Burundian authorities by 11 August and stressed that they remain available for any meeting with the Burundian ambassador before then.

The Committee is due to publish its findings on Burundi on 12 August.

Members of the CAT are independent human rights experts drawn from around the world, who serve in their personal capacity and not as representatives of States parties. The Committee’s concluding observations are an independent assessment of States’ compliance with their human rights obligations under the treaty. 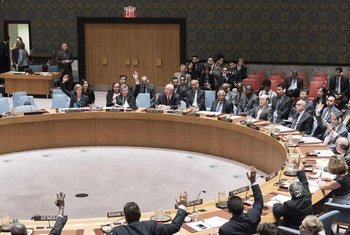 29 July 2016
The Security Council this evening requested Secretary-General Ban Ki-moon to establish a United Nations police officers component in Burundi for an initial period of one year to monitor the security situation and to support the Office of the UN High Commissioner of Human Rights (OHCHR) in monitoring rights violations and abuses in the crisis-gripped country.