“We urge Dominican authorities to repeal all restrictive legal provisions regarding abortion, especially in cases of risk to the health, including mental health, of the woman or girl, of rape and incest and of fatal impairment of the foetus,” they stressed in a press release.

The experts' call comes at a time when the Dominican Senate will debate the reform of the Penal Code, which was adopted by the Chamber of Deputies and promulgated by the President in 2014. The code partially decriminalized the access to abortion services under three circumstances, including when the life of a pregnant women or girl was at risk, when the foetus could not survive outside the womb and when the pregnancy resulted from rape or incest.

The proposed text of the Criminal Code establishes that women who induce the termination of their pregnancy will be liable to two to three year-imprisonment sentences. Health professionals who perform abortions under any circumstances other than risk to the pregnant woman or girl's life will be liable to four to 10 years in jail. Under the proposed amendment, terminating a pregnancy is only available in one case: when there is a risk for the life of the pregnant woman or girl.

“In comparison with the text of the Criminal Code adopted in 2014, the new proposal to amend the Dominican Criminal Code constitutes a clear regression in women's and girls' rights, especially to access safe healthcare services,” the experts said.

“Reducing access to such health services violates women's and girls' right to be protected against gender-based discrimination and from torture and ill-treatment,” they said.

“The Dominican Republic did not seize this key moment of legislative amendment to reaffirm its commitment towards the elimination of gender discrimination in its legislation and to advance women's and adolescents' sexual and reproductive rights but, rather, is attempting to remove crucial rights to reproductive health,” the experts deplored.

They urged President Danilo Medina and its government to take all necessary measures in accordance with their international human rights obligations, to ensure that women and girls have effective and safe access to all necessary healthcare services, including sexual and reproductive services. 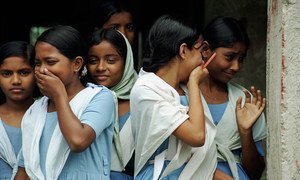