“The Kuwait investigation, as with all WMO official investigations, will consist of meteorologists and climatologists,” the agency said in a news release today.

“They will examine the instrumentation used, the quality of observations, the microclimate of the location, the representativeness of the [weather monitoring] station to its surroundings and to its own record,” it added.

Large parts of the Middle East and North Africa have been affected by heatwaves since last week, with temperatures exceeding the seasonal averages by a large margin, and over a sustained period. The conditions have prompted to issue health warnings.

The refugee population in the Middle East has been hard hit by the spiking temperatures. Their fragile situation has been further exacerbating by the high temperatures, said WMO.

According to the World Weather and Climate Extremes official archives, that WMO is responsible for, the hottest temperature ever recorded on the planet was in Furnace Creek, Death Valley, California at 56.7 Celsius on 10 July 1913.

“However, these records are subject to regular review,” noted the agency.

Meanwhile, central and eastern United States have also been affected by widespread heatwave. Temperatures have been recorded in the range of 95-100 degrees (35-38 Celsius), and heat index values reached 110 degrees (43 Celsius), with some areas reaching 115 degrees (46 Celsius), WMO noted referring to figures from the US National Weather Service.

At the heatwave's peak on July 22, almost 124 million people were under heat-related warnings or advisories. Additionally, high overnight low temperatures, a unique feature of these heatwaves, meant little relief from the oppressive heat and above average temperatures are forecast to continue along much of the eastern US through the middle of the week.

The agency highlighted that the latest heatwaves come as Earth has just witnessed the hottest six month period on record with temperatures shattering even the record levels seen in 2015.

From January to June 2016 was characterized by warmer- to much-warmer-than-average conditions engulfing most of the world's land and ocean surfaces.

“The length, frequency and intensity of heatwaves will likely increase further during this century, according to the Intergovernmental Panel on Climate Change,” said the agency. “The science of attribution is making it possible to analyse individual events and assess the role of climate change played, rather than natural variability,” it added

It explained that scientific assessments have found that many extreme events in the 2011 to 2015 period, especially those relating to extreme high temperatures, have had their probabilities substantially increased as a result of anthropogenic climate change – by a factor of 10 or more in some cases. 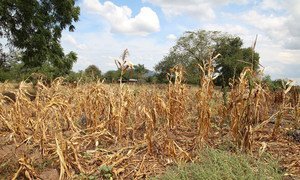 Global temperatures for the first six months of this year reached new highs, setting 2016 on track to be the hottest-ever on record, the United Nations weather agency said today.