INTERVIEW: Conversation with top UN official on security and peace efforts in Mali

@MINUSMA
Head of MINUSMA Mahamat Saleh Annadif meeting with peacekeepers in the Gao region of Mali.
29 June 2016
Peace and Security

The Security Council today extended the mandate of the United Nations peace operation in Mali and increased its strength to more than 15,000 peacekeepers. The decision followed a request from the UN envoy in Mali to boost support for the peacekeeping mission.

Earlier this month, the Secretary-General’s Special Representative for Mali, Mahamat Saleh Annadif, sat down with the UN News Centre to discuss the current instability in Mali, the challenges faced by the Malian parties to implement the peace agreement signed in 2015 and the obstacles the UN Multidimensional Integrated Stabilization Mission in Mali (MINUSMA), which Mr. Annadif heads, faces in its support of the peace process.

UN News Centre: Can you give us an overview of the conflict in Mali?

Mahamat Saleh Annadif: We cannot really call it a conflict. Mali is going through a situation that is neither war, nor peace. Why? Because in 2012, after what happened in Libya, many Malians who were living there crossed the border to Northern Mali with weapons in their luggage. The majority of them had been part of [Muammar] Gaddafi’s security guards and they were heavily armed. They came back to Northern Mali because the majority of them are citizens of this area. 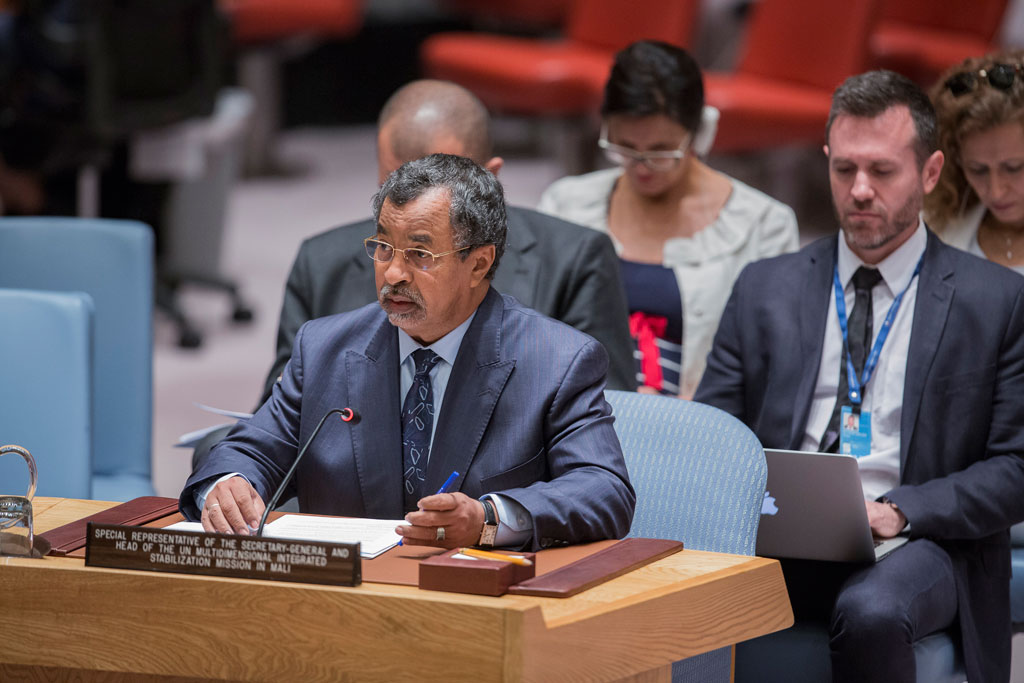 Their arrival coincided with the weakening of Mali's central government. Even worse, it coincided with a coup that was carried out in Mali on March of 2012 [On March 22, Malian President Amadou Toumani Touré was overthrown by a military coup. After a period of transition, Ibrahim Boubacar Keïta became the country’s President in November 2013, following an election].

This weakening of the Malian government led the heavily armed men who had just arrived from Libya to Northern Mali, the vast majority of whom were also former members of previous Tuareg [nomad] rebellions in the region, to think that their chance to win the war. They probably thought: “Until now, we’ve started rebellions to make our claims heard; why not conquer Mali?” And so they tried.

Unfortunately, in this endeavour, a lot of extremists, jihadists and terrorists joined the insurrection. As a result, within four to five months, they were able to conquer virtually all major regions of Northern Mali, namely Kidal, Timbuktu and Gao. The fighters were a mix of jihadists, terrorists and Malians who wanted to have a say as Northerners, as Malians.

When they tried to threaten the central government, the Operation Serval was launched by France in Mali, in January 2013 [a military operation launched by the French army to help Malian troops to repel the offensive from the North heading towards the capital, Bamako]. This intervention was supported by Chadian and other African troops, and the insurgency was pushed back to the North. [The Operation Serval, which ended in July 2014, was part of the African-led International Support Mission in Mali (AFISMA), a multinational force under African leadership authorized by the resolution 2085, adopted on December 20th 2012 by the UN Security Council.]

After that, the Government was faced with two forces: one, which recognizes the integrity, secularism and unity of Mali, but claims a certain number of rights; and the other, composed of various terrorists, drug traffickers and mercenaries, who were involved in the insurgency and returned in the Ifoghas mountains [one of the major mountainous areas of the Sahara, located in Northeast Mali and Southern Algeria]. The Government was therefore left facing these two forces, one with national claims and the other with extremist claims. 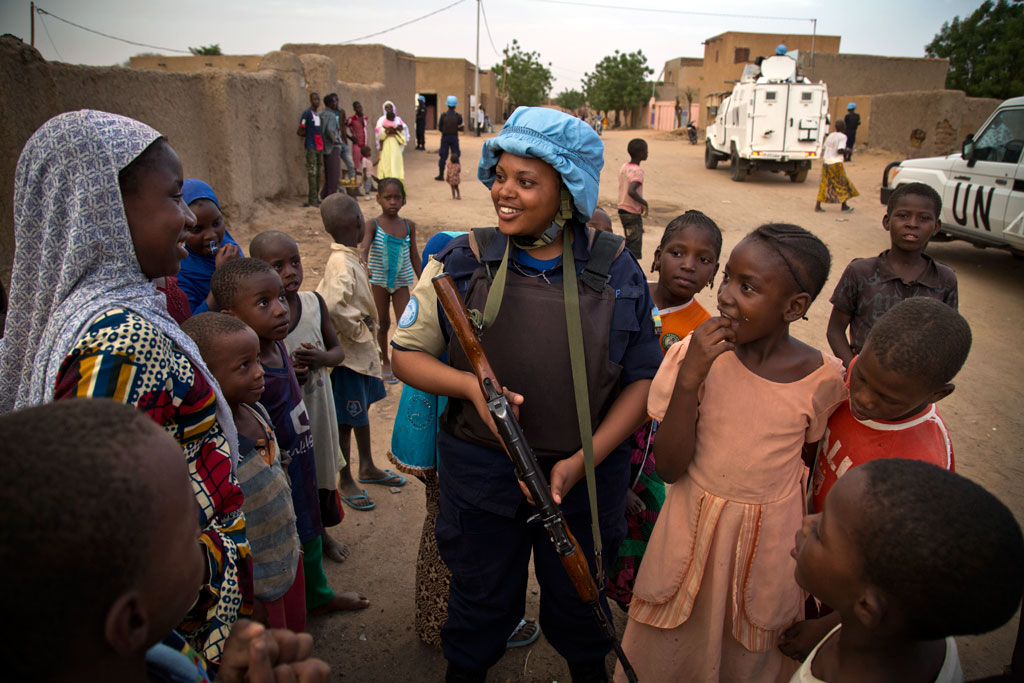 And based on that difference, we managed to negotiate with the groups with national claims the Agreement on Peace and Reconciliation in Mali, which is also known as the Agreement resulting from the Algiers process. A first version of the agreement was signed on 15 May 2015, and it was finalized on 20 June 2015.

Mahamat Saleh Annadif: Besides Mali’s Government, the parties who signed the agreement are multiple movements divided into two main groups.

The first group is called the Coordination of Movements of Azawad (CMA), which consists of the High Council for the Unity of Azawad (HCUA), the National Movement for the Liberation of Azawad (MNLA), and the Arab Movement of Azawad (MAA). The second group, known as The Platform, includes various other movements: the Groupe autodéfense touareg Imghad et alliés (GATIA), the MAA-Platform, etc.

And the third party in the agreement is, of course, the Malian Government. So these are the three signatories to the Agreement on Peace and Reconciliation in Mali.

UN News Centre: How far are the parties today in the implementation of this agreement, and what can the UN do to accelerate this process?

Mahamat Saleh Annadif: The Agreement created tracking mechanisms, mainly the Comité de Suivi de l’Accord (CSA), which meets once a month. Since the signing of this agreement, this Committee has met nine times. When the agreement was signed, a number of objectives were set.

The first objective is the ceasefire. Since the agreement was signed, the ceasefire between the movements and the government has been holding.

At the time when the agreement was signed, conflicts between the movements from the Platform and those from the CMA were ongoing. Since then, there has been a series of meetings between the Platform and the CMA, which were extensively covered by the media at the time, known as the Anefis talks [for the Malian town located in the Kidal region, where the negotiations were held in October 2015]. Following these talks, the movements ended the conflict between them.

During a recent visit to the UN headquarters in New York to brief the Security Council, Mr. Annadif sat down with the UN News Centre to discuss the challenges Malian parties face in implementing the peace agreement signed in 2015.

Still, the reality is that the implementation of the agreement is facing many challenges. I would not exactly say that it stalled, but it’s rather delayed. Why this delay? Because once the agreement was signed, the government rushed to say that anything concerning the patrols, stations, integration and demobilization – in short, all the aspects related to security and defence – were a priority. However, the movements say: “No, the recurring conflict that took place in Mali were essentially grounded into political issues; therefore, let us advance on the front of institutional reforms, on political issues before moving on to military and security issues.”

As a result of these conflicting perspectives, even though the regulatory texts to support the reform already exist, we have not been able to implement the institutional reforms agreed upon in the accord and required by the signatory movements.

The good news is that on June 14, the signatories met and agreed on the so-called Memorandum of Understanding, which sets out a timetable for the establishment of interim authorities. During a transitional period of 18 to 24 months, the latter will have the main task of managing anything dealing with the provinces or the Northern regions, namely the free administration. The people of Northern Mali say that what created frustration and caused problems in the first place was the fact that they did not govern themselves, but were governed by others, whom they feared and resented. While waiting for general elections in the country, the Memorandum settled on a transitional period, during which there will be a free administration in Northern Mali. We hope that the timetable that has been set can be met. And then, we will actually see a concrete beginning of the implementation of the agreement.

UN News Centre: You are the Head of the MINUSMA. What is the Mission doing today to support the country on this path?

Mahamat Saleh Annadif: MINUSMA is primarily a peacekeeping mission. A peacekeeping mission is based on a number of principles. It was deployed because the Malians requested it. It must be impartial and find an even distance between the armed groups and the Government. 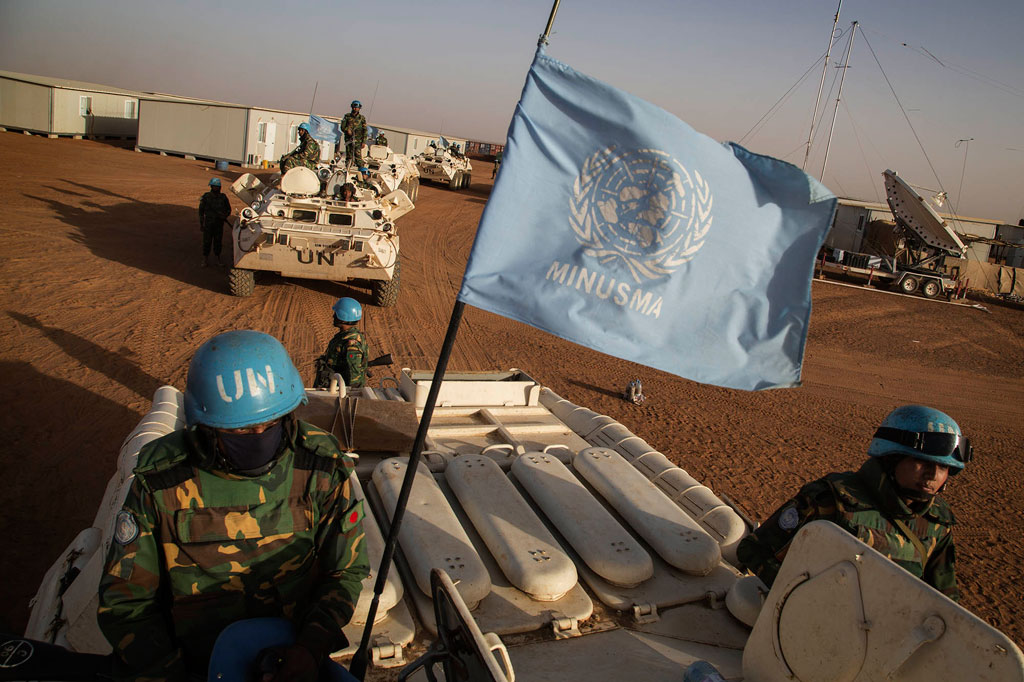 As its name suggests it, the United Nations Multidimensional Integrated Stabilization Mission in Mali’s main task is to assist the signatories. First, to ensure the sustainability of the ceasefire. Second, to support the implementation of the agreement. Third, to protect civilians, because the government is not present in all of the Malian territory. Fourth, to facilitate access for humanitarian actors in conflict areas. Fifth, to ensure that human rights are also respected. Sixth, to use the good offices while protecting UN staff and other UN agencies in Mali.

The MINUSMA is doing all that. Unfortunately, while traditional UN missions support the parties once an agreement has been signed, there is a third element in Mali, which is not foreseen in the agreement: the terrorists refused to sign the peace agreement. They are outside the law. They want to oppose the Government by imposing their views. They have vowed to derail the agreement. Therefore, seeing that the MINUSMA is supporting its implementation, they are currently targeting the MINUSMA, hence the loss of lives in the Mission you hear about almost daily, if not more frequently.

UN News Centre: The MINUSMA is indeed the deadliest UN mission, what are the specific measures taken by the Mission to deal with this unsafe, tense atmosphere?

Mahamat Saleh Annadif: As soon as we realized that we had become a primary target for terrorists, we started to take a number of measures, including being more proactive. As they say, better safe than sorry. But to fulfil this mission, it is important that our mandate specify the rules of engagement. 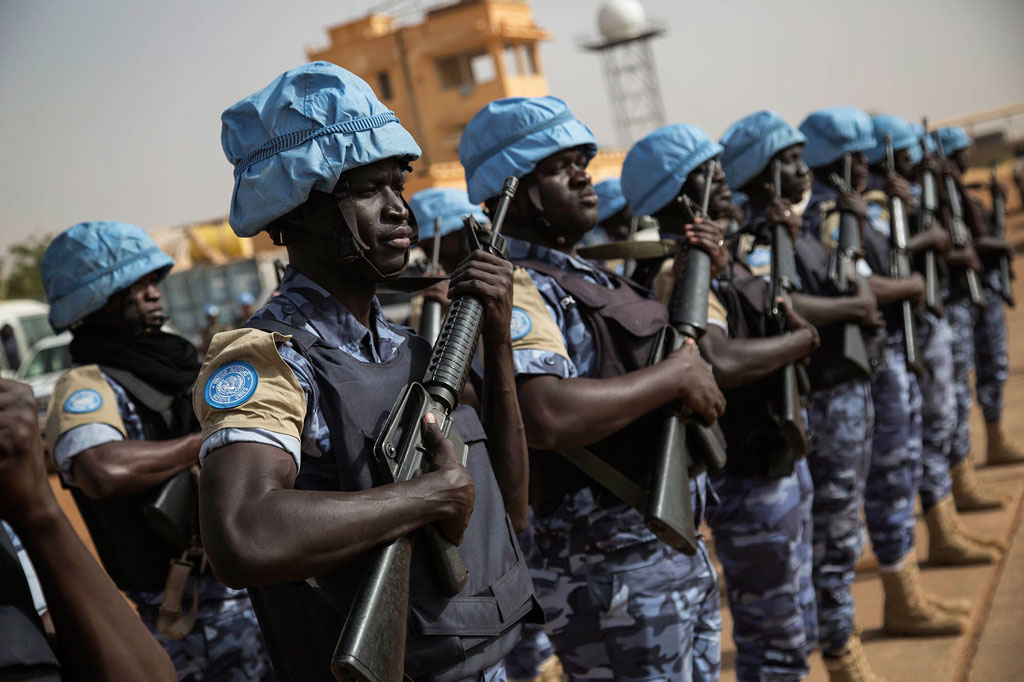 We believe that if we want the MINUSMA to fulfil its objectives, the Mission must deal with this terrorist threat. Even if we do not fight against terrorism, we should at least have the green light to arrest suspects and to anticipate threats. To that effect, we need more armoured vehicles, we need more planes for aerial coverage and we need more intelligence resources to gather more information about the enemy. This is what we are asking the Security Council.

On first anniversary of Mali peace accord, Ban welcomes President's commitment to peace

On the occasion of the first anniversary of the Agreement on Peace and Reconciliation in Mali, United Nations Secretary-General Ban Ki-moon has welcomed the renewed commitment to peace expressed by the country's President, Ibrahim Boubakar Keïta, and his Government.