UN Radio/Laura Jarriel
Evelyn Amony was abducted as a child by the Lord’s Resistance Army and forced to become one of Joseph Kony’s 27 wives.
23 June 2016
Peace and Security

Ms. Amony was rescued by the Ugandan military in 2004 after 11 years of being held captive. A year later, she joined a peace delegation to negotiate an end to the LRA’s 20-year insurgency. The negotiations were not successful.

At the launch of her memoir, I am Evelyn Amony: Reclaiming My Life from the Lord’s Resistance Army in New York, an event hosted by UN Women, she spoke about her experiences as one of the more than 60,000 children abducted in East and Central Africa in the 1990s by the LRA.

UN News Centre: Can you describe what happened the day you were abducted by the Lord’s Resistance Army?

Evelyn Amony: I was kidnapped on my way back home from school in Atiak in northern Uganda on 25 August, 1994. I met the LRA along the way. I was with about five other children, but only three of us were abducted, because they only wanted young children, they did not want anyone above the age of 15 years.

They didn’t tell me why they were taking me; they just told me on the very first day that they were taking me to [Uganda’s capital] Kampala. I asked the men who abducted me if we had to walk through the bush to reach Kampala instead of taking the road. They told me it was the shortest way. 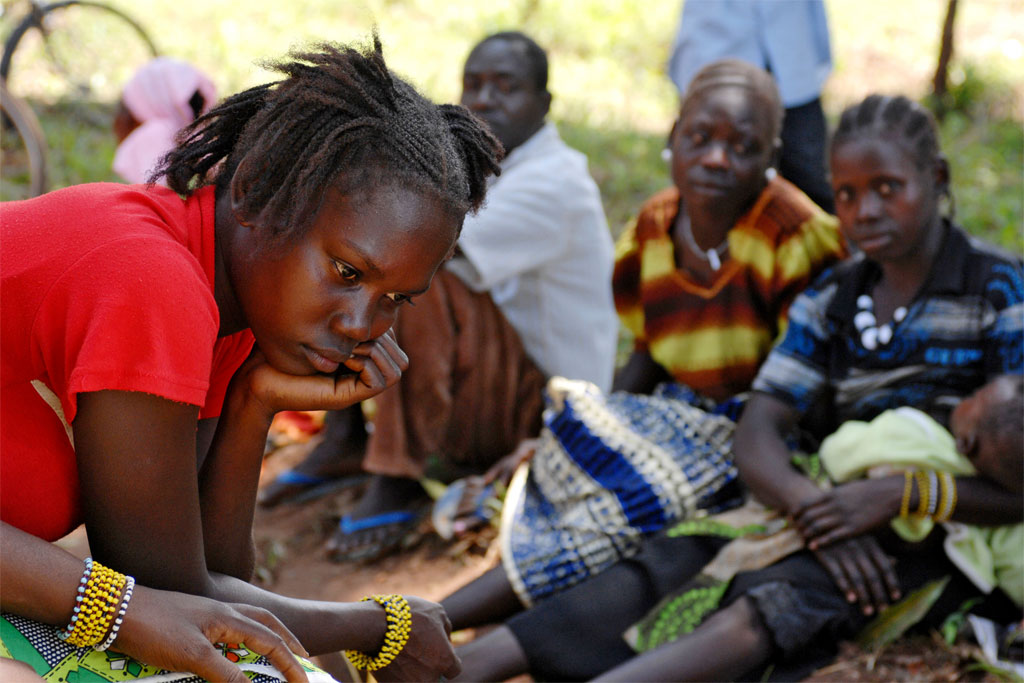 Due to attacks by the Lord's Resistance Army (LRA), a large number of Sudanese civilians from communities in Southern Sudan were internally displaced (September 2009). UN Photo/Tim McKulka

UN News Centre: You were 11-years-old. Is it possible for you to explain what was going through your mind?

Evelyn Amony: It was not easy for me that day, because it was the first time [I saw] the LRA and it was also the first time that I had to carry heavy luggage.

UN News Centre: Did you try to escape or to get a message to your parents?

Evelyn Amony: There was no way for me to communicate with my parents. On the second night with the LRA, I witnessed them kill another abducted child who attempted to escape. That scared me so, so much that I had to let go of the idea of escaping

UN News Centre: What went through your mind, watching another child being killed?

Evelyn Amony: It wasn’t easy for me because it was the first time to observe someone being killed. I saw how they used a machete to slice the person and ever since that day the picture of how that person was killed has remained on my mind.

UN News Centre: What happened when Joseph Kony decided to take you as one of his wives?

Evelyn Amony: That was a very terrible day in my life, because the people who abducted me were fighting among themselves over me. They were fighting over who would take me as their wife. I was only 12 years old.

The first time I met Kony, I didn’t even know that it was him. I used to hear from my parents and others describing him as a short man with a very long beard. So when I was abducted, I kept looking for a man who looked [like that]. 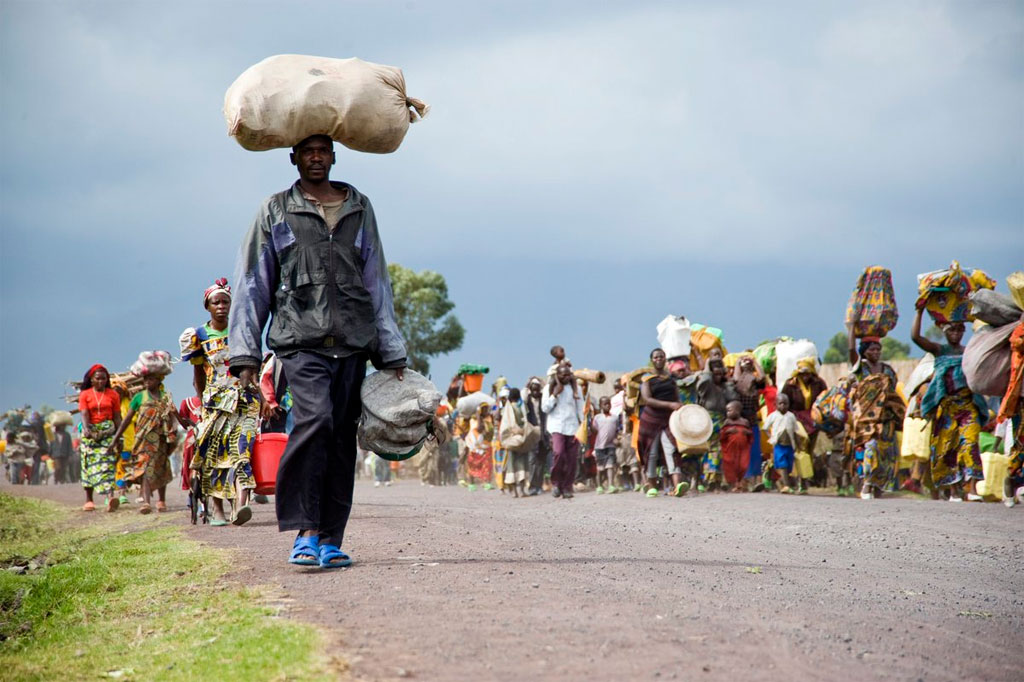 Civilians on the move in eastern Democratic of the Congo, which was affected by the increased Lord's Resistance Army attacks (2010). UNHCR/P. Taggart

UN News Centre: How did he treat you?

Evelyn Amony: It’s not easy for me to describe, but I will try to. When we reached Sudan, the moment I turned 14 years – that was the point he turned me into his wife.

UN News Centre: Do you mean that he forced you to have sex with him?

Evelyn Amony: Yes, he forced me to have sex with him, he raped me. I spent eleven-and-a-half years with him. Eventually, I got used to what was happening because I also used to observe other women going to his house to spend the night there. So I adjusted to the situation and had to accept that was how my life was now.

UN News Centre: You had three children with Kony?

Evelyn Amony: It is true I had children with him. I returned with two children, but the third disappeared and I’m still looking for that child today. I have no idea where that child is, because the child disappeared in a battle. There was a big battle that was happening between a combination of different soldiers from Sudan and Uganda that had joined together to fight the LRA. It was in that battle that my child went missing.

In my mind I think that maybe that child was captured by the Uganda People's Defence Force, but up to [now] I have not found the child.

UN News Centre: What type of person is Joseph Kony?

Evelyn Amony: It is very hard to understand the character of Joseph Kony, because when you are there, it is not exactly clear that he is the person leading the LRA. It is very hard to understand his qualities because he had certain kinds of spiritual elements in him. Moreover, he used to tell us that if you leave the rebellion to return home, you run the risk of running into bad luck.

UN News Centre: Was he capable of kindness?

Evelyn Amony: There are three moments of kindness that I saw in him. First he saved my life when I was supposed to be killed. Then at a moment when I was drowning in the river, he came and saved me and took me out of the river. 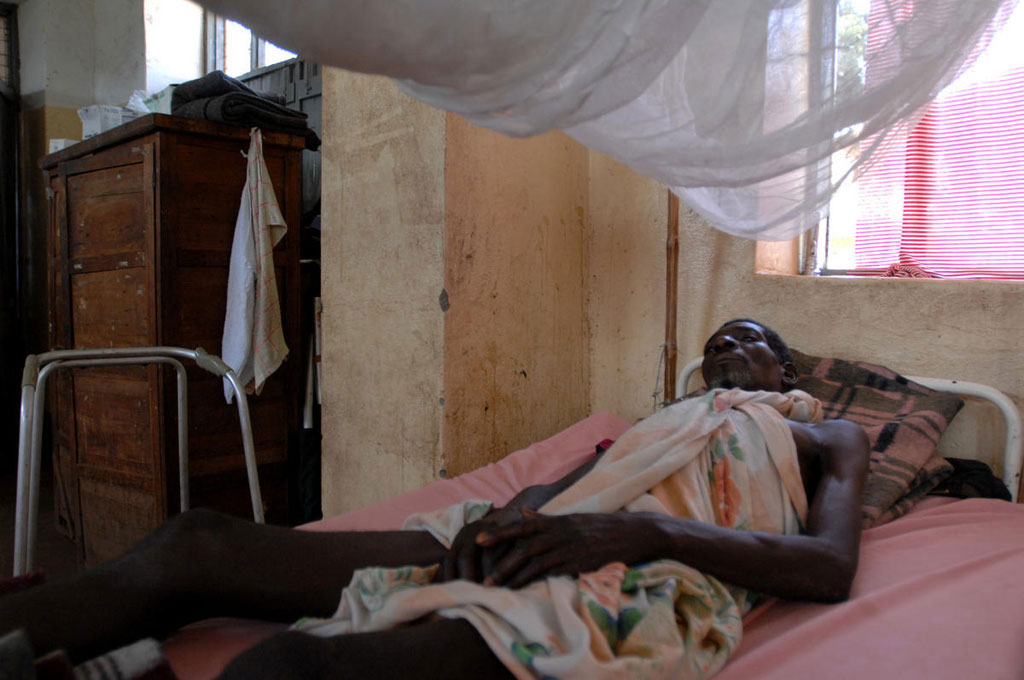 A man recovers from a gunshot wound sustained during an LRA attack on Ezo, a town in the Western Equatoria state of South Sudan (2009). UN Photo/Tim McKulka

The third moment of kindness that I saw in him was when a number of children were abducted in a place called Palabek in northern Uganda. When some of the child soldiers wanted to kill those newly abducted children he told them that ‘no child 15 years and below should be killed – if any of you dares to do that, you will be killed.’

UN News Centre: How can this ongoing insurgency be resolved?

Evelyn Amony: You know it is several years since I was with him; as a rebel leader he keeps changing his tactics. He has very many tactics. So what I can suggest is for everyone to negotiate with him. I would also like to advise that if supporters of Kony and his rebellion can be identified and stopped from giving support in the form of arms or whatever other support they give to keep the rebellion going, then that could help to bring this to a close.

The supporters are the ones who continue to encourage him and give him advice on what to do. Yet at the end of the day, he is the one who remains in the bush and who is causing suffering.

UN News Center: Do you know what he ultimately wants?

Evelyn Amony: It is hard to know what he wants, but what I learned during the peace talks was that he had an interest in negotiating. Maybe he could have even signed the peace deal, but then there were other supporters behind the scenes who reportedly were misadvising him not to engage in the talks. Maybe that could have contributed to the failure of the peace deal.

UN News Centre: You’re 33 now, you’ve been through a terrible ordeal, what’s your motivation in life?

Evelyn Amony: Thank you very much for that question. Even if I have gone through all that suffering, for as long as I live, for as long as I have my legs and can walk and can see, I can still do great things to bring about change in this world.

UN News Centre: And what are those great things you’re planning to do?

Evelyn Amony: Some of the great things I can do for instance is writing down my story and sharing it with the world so that they know that war is bad and has very negative consequences for women and children. And I can advocate on behalf of women who have experienced war like myself so that they can find closure.

♦ Receive daily updates directly in your inbox - Subscribe here to a topic.
♦ Download the UN News app for your iOS or Android devices.
LRA|Uganda

The United Nations is concerned about the impact of Uganda’s potential withdrawal from military operations against the Lord’s Resistance Army (LRA) in the Central African Republic, the Secretary-General’s envoy for the region said today, stressing that a departure of Ugandan troops must be well-coordinated.