WFP/Giulio D’Adamo
His Holiness Pope Francis pays an official visit to WFP headquarters in Rome and addresses the staff.
13 June 2016

In the first papal visit to the United Nations World Food Programme (WFP), Pope Francis today gave his full support to the goal of eradicating hunger and paid tribute to the organization’s staff, including those who had lost their lives at work.

“Do not grow weary or let problems dissuade you,” the Pope told WFP’s governing Executive Board and staff at the UN agency’s headquarters in Rome. “In implementing this urgent priority of 'Zero Hunger,' I assure you of our complete support and encouragement,” he added.

Upon his arrival, he saw brass plaques with the names of staff members who have died in service.

“I prayed before the Memorial Wall,” he said. “It is a testimony to the sacrifice made by members of this organization, who gave their lives, so that, in complex and difficult situations, others would not go hungry. We remember them best by continuing to fight for the great goal of ‘Zero Hunger.’”

He added that WFP is an example of how one can work throughout the world to eradicate hunger through a better allotment of human and material resources by strengthening the local community.

He called for Member States of the UN to decisively increase their commitment to cooperate with WFP: “In this way, the World Food Programme will not only be able to respond to emergencies, but also implement sound and consistent projects and promote long-term development programmes, as requested by each of the governments and in keeping with the needs of their peoples,” he said.

The Pope also highlighted the issue of food waste, noting that “food discarded is, in a certain sense, food that is stolen from the tables of the poor and the starving.”

He spoke of the impact of conflict, where food supplies were prevented from being distributed in war zones, in violation of international law. “In some cases, hunger itself is used as a weapon of war,” he said.

The Pope also highlighted the issue of food waste, noting that “food discarded is, in a certain sense, food that is stolen from the tables of the poor and the starving.”

He said an “information overload” is leading to people becoming insensitive to extreme poverty: “In other words, little by little we are growing immune to other people's tragedies. We perceive them as something ‘natural,’” he said. “We are bombarded by so many images that we see pain but do not touch it, we hear weeping, but do not comfort it, we see thirst but do not quench it.”

“Without faces and stories, human lives become statistics and we run the risk of bureaucratizing the suffering of others. Bureaucracies shuffle papers, compassion deals with human beings,” he added. 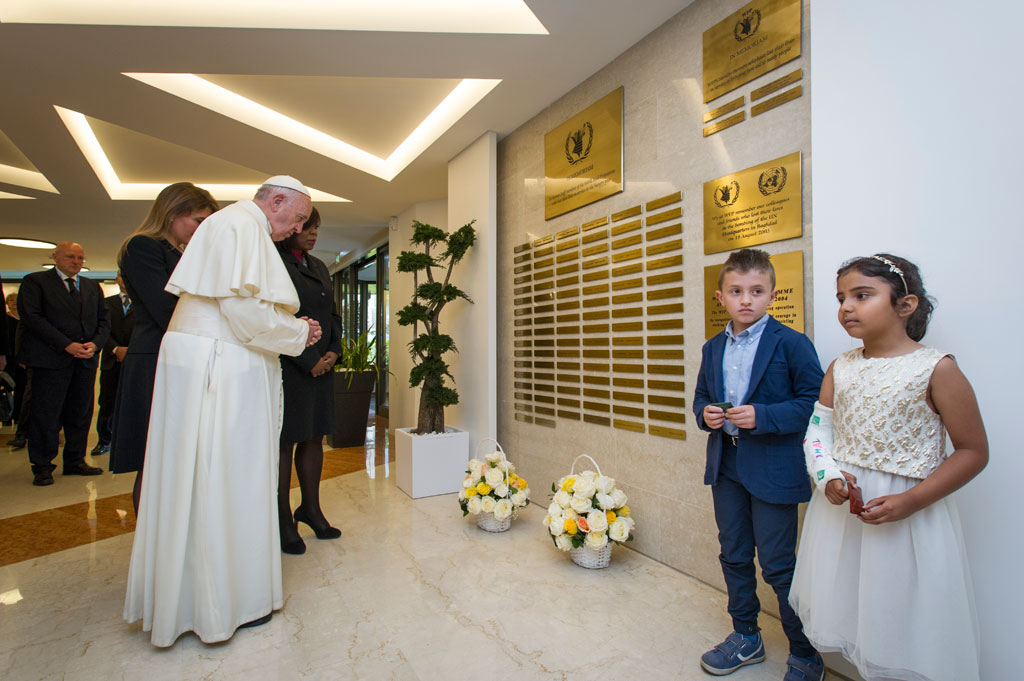 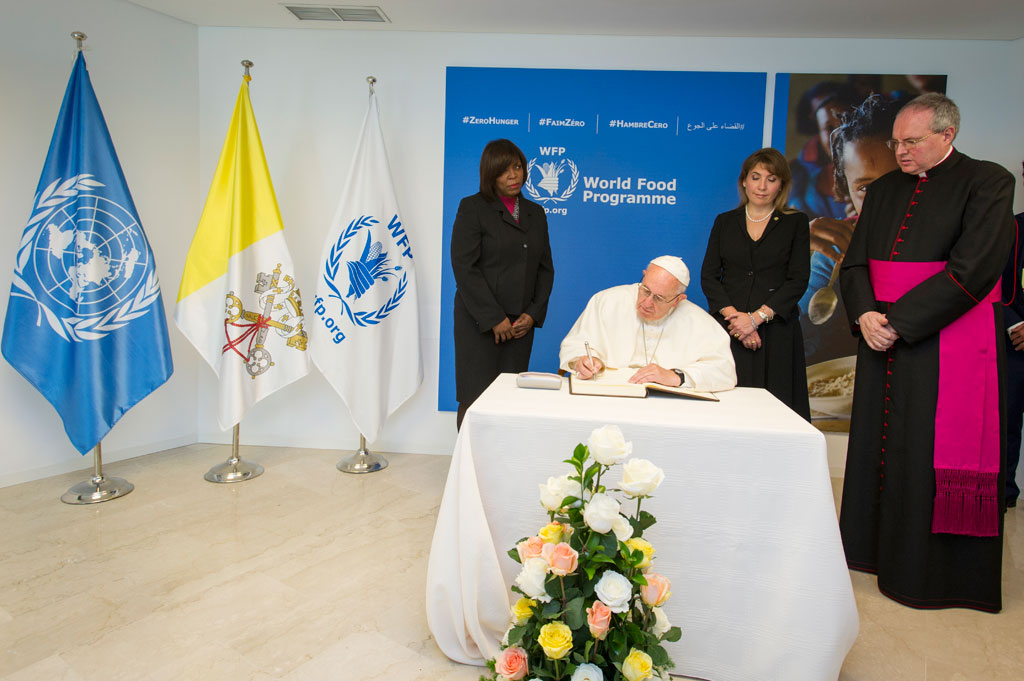 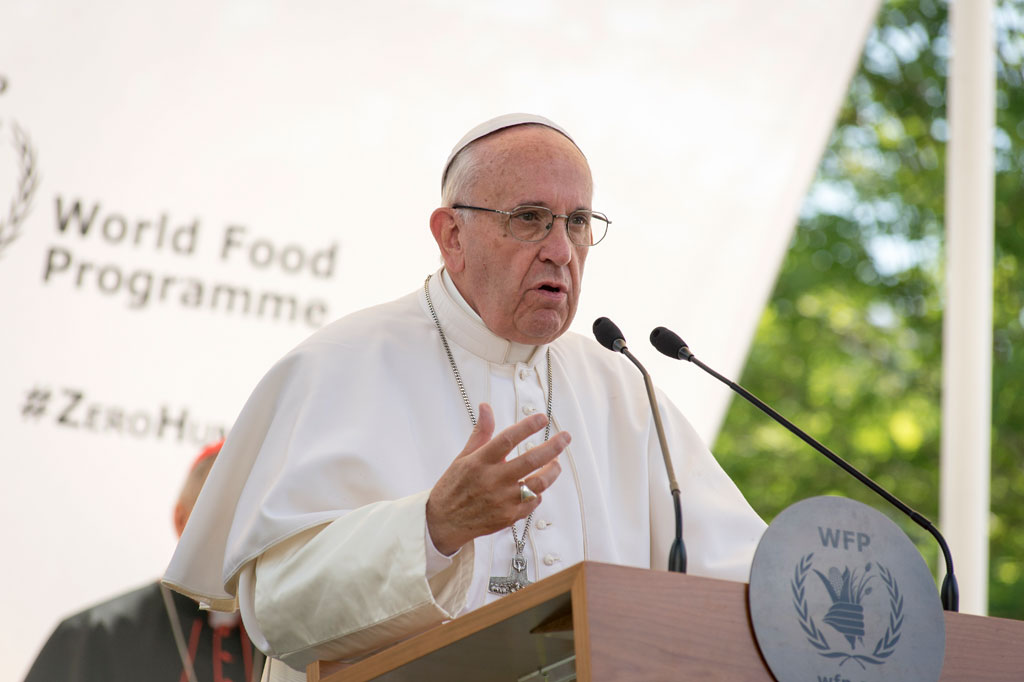 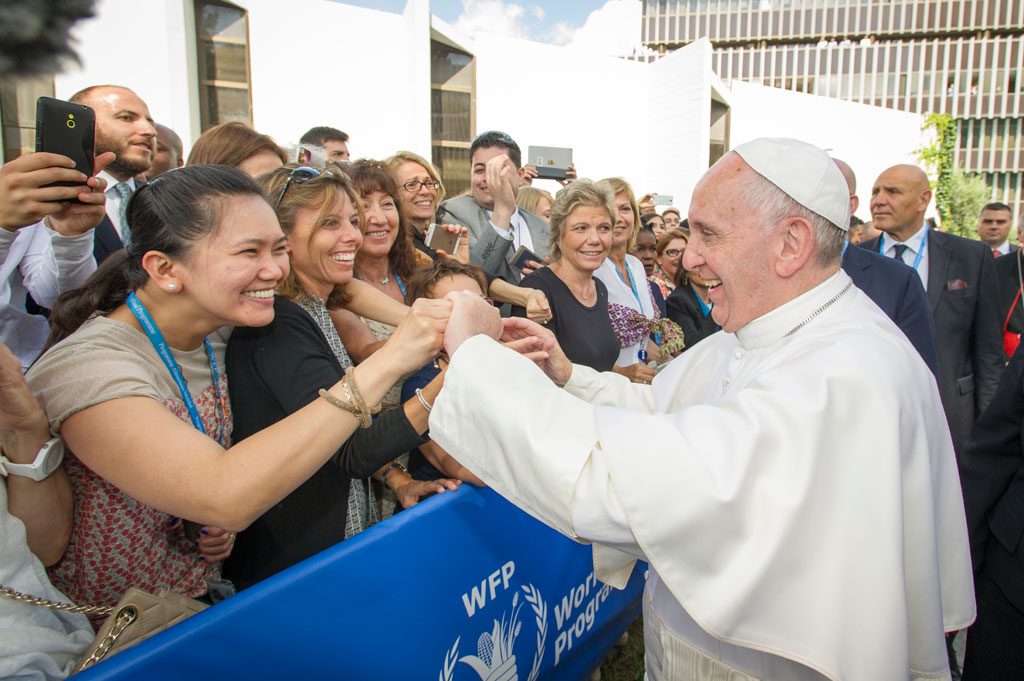 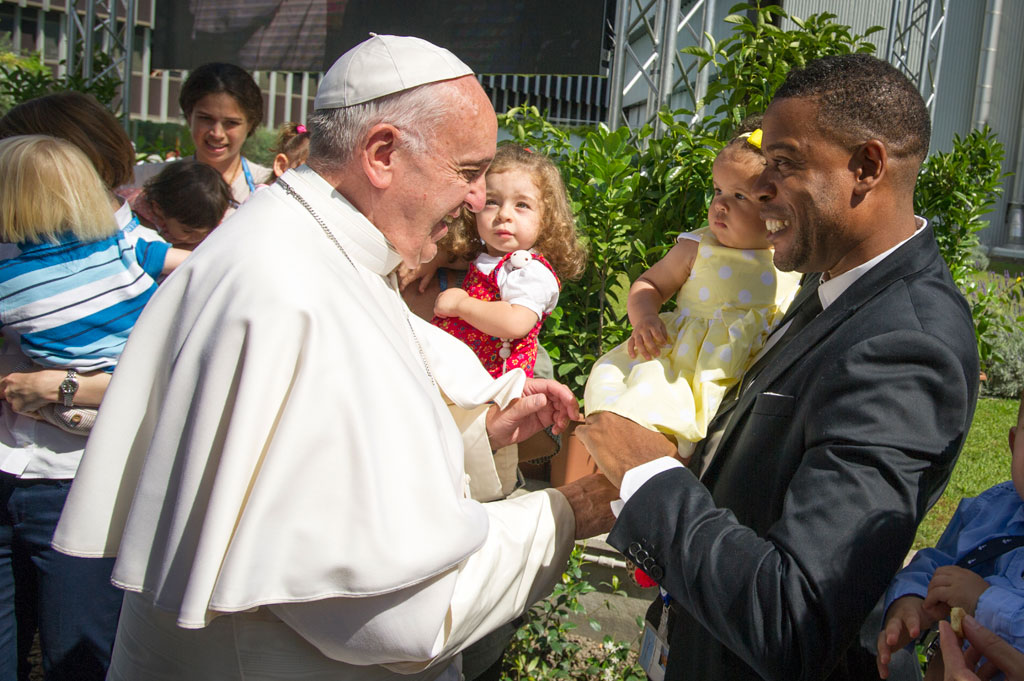 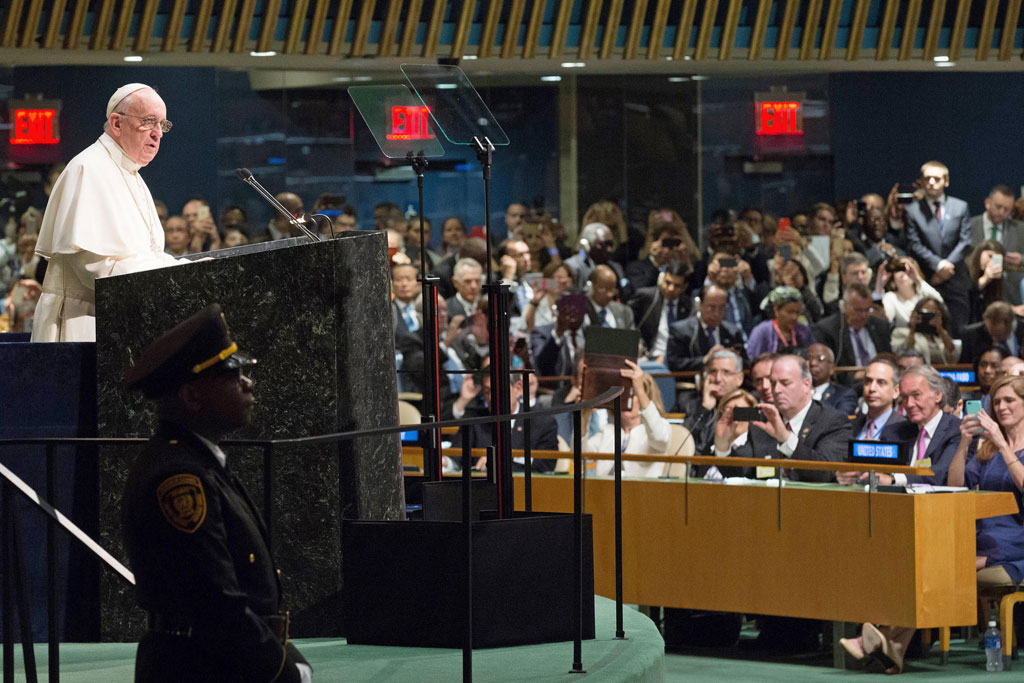 According to WFP, the Pope's visit shone a powerful and timely spotlight on the urgent need to end hunger, which affects one in nine people on the planet. It came in the first year of work towards the Sustainable Development Goals (SDGs), adopted by UN Member States last September. At the core of WFP’s work is a drive to achieve Goal 2, Zero Hunger, by the year 2030.

WFP’s Executive Director Ertharin Cousin described Pope Francis as “our Zero Hunger hero” and said that his call for the elimination of hunger and malnutrition spoke directly to WFP’s mission to enable and empower the world’s most vulnerable people.

“The truth is, the world possesses, as you’ve just said (as Pope Francis), the food, the knowledge, the capacity and the skills not only to confront the challenges of food insecurity and malnutrition but to end hunger,” she said. “What we need, what we are missing, is the requisite global public will to embrace the fierce urgency of now to address this great failure in our common humanity.”

The Pope spoke to WFP staff in an address webcast live to country and field offices around the world. Some 1,000 staff were present at the open-air address in Rome, and up to 14,000 WFP staff members around the world were given the opportunity to watch online.

He ended his two-hour visit by asking staff to pray for him: “Thank you and please pray for me so that I too can do something against hunger in the world,” he said.

“I was so excited – this was the happiest moment in my life,” he said. “I wanted to tell him there are people in need, for him to know about people who face hunger and my people facing hunger. I was a beneficiary and I was helped by WFP and look how I am now – I’m now working for WFP.”

In an exchange of gifts, Ms. Cousin gave Pope Francis a drawing by a Sri Lankan child, Sritharan Sharukan, who receives WFP school meals and drew his vision of a world without hunger. 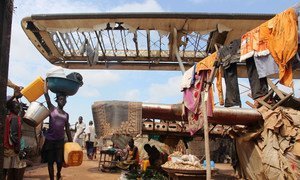