In a wide-ranging opening speech to the United Nations Human Rights Council in Geneva, the UN rights chief sheds a light on “preventable calamities” and worrying trends around the world, including detailed concerns about the situation in more than 50 countries.

“Walls – which tormented previous generations, and have never yielded any sustainable solution to any problem – are returning. Barriers of suspicion are rising, snaking through and between our societies – and they are killers. Clampdowns on public freedoms, and crackdowns on civil society activists and human rights defenders, are hacking away at the forces which uphold the healthy functioning of societies. Judicial institutions which act as checks on executive power are being dismantled. Towering inequalities are hollowing out the sense that there are common goods,” Mr. Zeid stressed.

He said these trends “bleed nations of their innate resilience,” and do not make them safe; instead, they make them weaker. “Piece by piece, these mutually reinforcing trends are shearing off the protections that maintain respect, enable development, and provide the only fragile basis for world peace. They are attacks on sanity. And they can be reversed,” he advised, pleading to Member States to stop the violence and pain that is being inflicted on women, men, and children,” he said.

'This madness can be stopped'

Pleading to Member States, the UN rights chief asked them to stop the violence and pain that is being inflicted on people “because this madness can be stopped.”

“We are 7.4 billion human beings clinging to a small and fragile planet,” Mr. Zeid said. “And there is really only one way to ensure a good and sustainable future: ensure respect, resolve disputes, construct institutions that are sound and fair and share resources and opportunities equitably.” 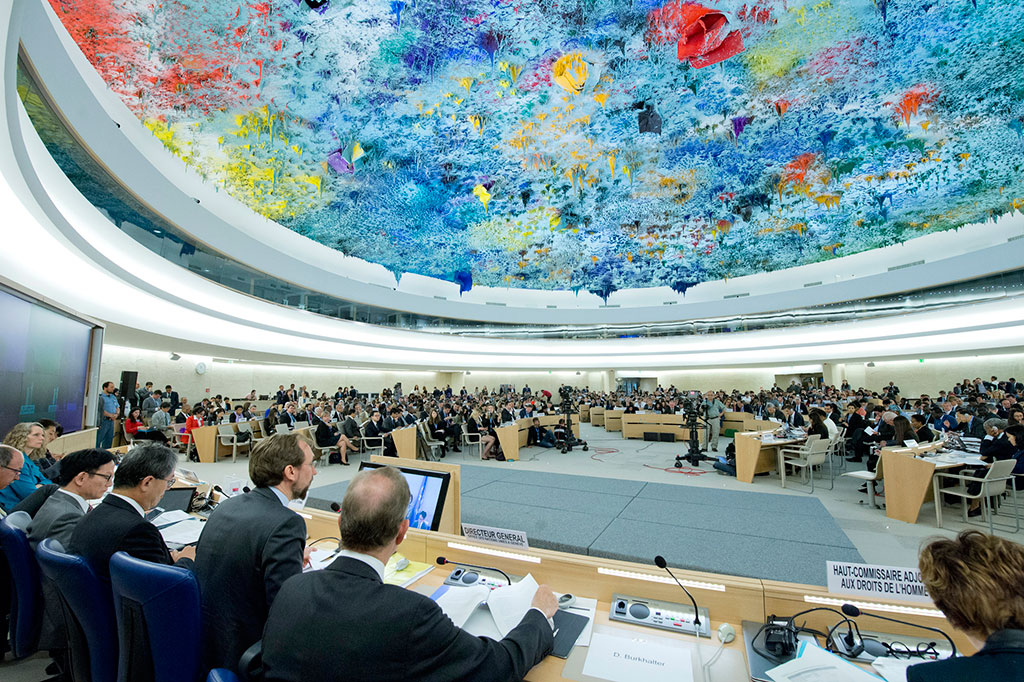 A general view of participants during opening day of the 32nd session of the Human Right Council. 13 June 2016. UN Photo / Jean-Marc Ferré

He noted that that the 2030 Agenda for Sustainable Development, which arises out of the Declaration on the Right to Development, is “a practical, structured road-map for investing in human rights, including vital economic, social and cultural rights, and maintaining loyalty to the needs of humanity as a whole.” He insisted that these and other policies that benefit humanity are in the national interest of every State.

Meanwhile, he told Member States that he very much regrets the refusal by some countries to permit the staff of the his Office (OHCHR) to have access in order to monitor and report on events.

“I must emphasise that non-cooperation by Governments will not result in my Office remaining silent. On the contrary, it creates a presumption of major violations, and may deprive local and national actors of the opportunity to explain and provide information about events,” he stressed, adding that when he updates the Council at the September session, he may list a number of countries where engagement with or access for his Office is impeded.

Today, Mr. Zeid said his goal was to outline “some very pressing human rights concerns, which could have been prevented – and must now be redressed.”

“To undertake that work, my recommendations are clear. In every situation of conflict, the principles of distinction, proportionality, precaution and necessity must be strictly observed, in line with international humanitarian law,” he urged the Council.

Speaking of the situation in Europe, Mr. Zeid underlined that globally, many countries have distinguished themselves “by their principled welcome to large numbers of desperate, often terrified and poverty-stricken migrants and refugees.” However, he said many other countries have not done so, and their failure to take in a fair share of the world's most vulnerable is undermining the efforts of more responsible States.

Turning to the Middle East and North Africa, he warned that “the life-forces of society – which are the freedom and hopes of the people – are crushed by repression, conflict or violent anarchy.”

“The antidote to the savagery of violent extremism is greater rule of law,” he stressed. “The best way to fight terrorism, and to stabilize the region, is to push back against discrimination; corruption; poor governance; failures of policing and justice; inequality; the denial of public freedoms, and other drivers of radicalization.”

In relation to other challenges on the African continent, Mr. Zeid's remarks included concerns about new waves of attacks by violent extremists; killings, disappearances and arbitrary arrests by agents of the State or associated militia; some signs of stable countries “backsliding into violence; and some showing a reduction in “democratic space.”

Similarly in Asia, terrorist groups are claiming responsibility for many deadly incidents against men, women, and children; there has reportedly been a dramatic increase in the number of brutal murders against freethinkers, liberals, religious minorities and activists for lesbian, gay, bisexual and transgender (LGBT) rights; longstanding protests have also continued and escalated with police using excessive force.

Meanwhile, the UN rights chief shared his concern about the situation across the Americas regarding the very high incidence of gun violence and gun-related deaths. According to the UN Office on Drugs and Crime (UNODC), the Americas have by far the highest rate of intentional homicide of any region in the world.

“Zika appears to disproportionately affect poor people, who live in areas with inadequate sanitation and whose homes and workplaces are less likely to be air-conditioned and mosquito-free,” he explained. “That must not mean that decision-makers downplay this epidemic. I urge adequate preventive measures, include the allocation of funds, as well as full respect for the human rights of all those affected.”

'It is not yet too late to act'

Concluding his remarks, he underlined having listed “many preventable calamities, which inflict unnecessary suffering on many people.”

“I have also suggested many of the tools which can roll back those forces and revive the resilience and unity of societies around the world. Equality. Dignity. Participation. Respect. Conflict can be prevented, and peace, security and development can be strengthened or rebuilt, brick by brick,” he said.

“Respect for human rights offers States a path towards greater stability, not less. And assistance in establishing that path is what my Office, in all humility, offers,” he added, stressing that “it is not yet too late to act.”

Taking the floor to mark the Human Rights Council's 10th anniversary, the Deputy UN chief said very much has been achieved during this time, of which Member States can be proud.

“The first months of the Council were not easy,” said Jan Eliasson. “The Lebanon war, sadly, became a divisive issue. Yet over time, the Council defied the critics. It seriously took on the imposing challenges it was expected to address.”

However, the UN official stressed that there is a lot of unfinished work and many challenges ahead: “As we look forward to the next ten years and beyond for the Council, let us continue to place the victims and the vulnerable at the heart of our efforts. Let us place in the centre of our policies, resources and actions, the freedom, security and dignity for all men, women and children who want to see and who deserve a better future,” he stated. 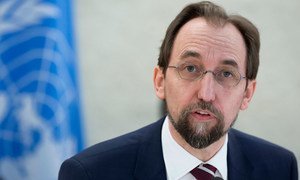