In Paris, Ban calls for ‘courage and legitimacy’ to achieve peace in Middle East

Terror, violence and the incitement that fuel them, along with the ongoing settlement enterprise and the lack of unity between Gaza and the West Bank are all obstacles that must be overcome on the path towards achieving peace in the Middle East, United Nations Secretary-General Ban Ki-moon stressed today, calling on the international community to exercise its influence to help reach this goal.

“With the support of the international community, the leadership of Israel and Palestine must pull back from the brink by undertaking serious efforts to create the conditions which will enable a return to meaningful negotiations,” said Mr. Ban at a French Ministerial Conference Meeting on the Middle East Peace Process, being held today in Paris, France.

“Meaningful negotiations require leadership on both sides with the courage and legitimacy to reach an historic compromise, and the political will to implement it,” he added.

Noting that participants had gathered out of “deep concern” over the inability to resolve the Israeli-Palestinian conflict after nearly 50 years of occupation, the Secretary-General reiterated that everyone agreed that a two-state solution is the “only viable option for a sustainable peace.”

Yet, he highlighted, everyone could see that the two-state solution is at “great risk” and “threatened.”

For its part, Israel must cease its policy of expanding settlements, legalizing outposts and demolishing Palestinian structures. As settlement activity is illegal under international law, such actions raise legitimate questions about its commitment to the two-state solution and to its obligations as the occupying power, Mr. Ban said. 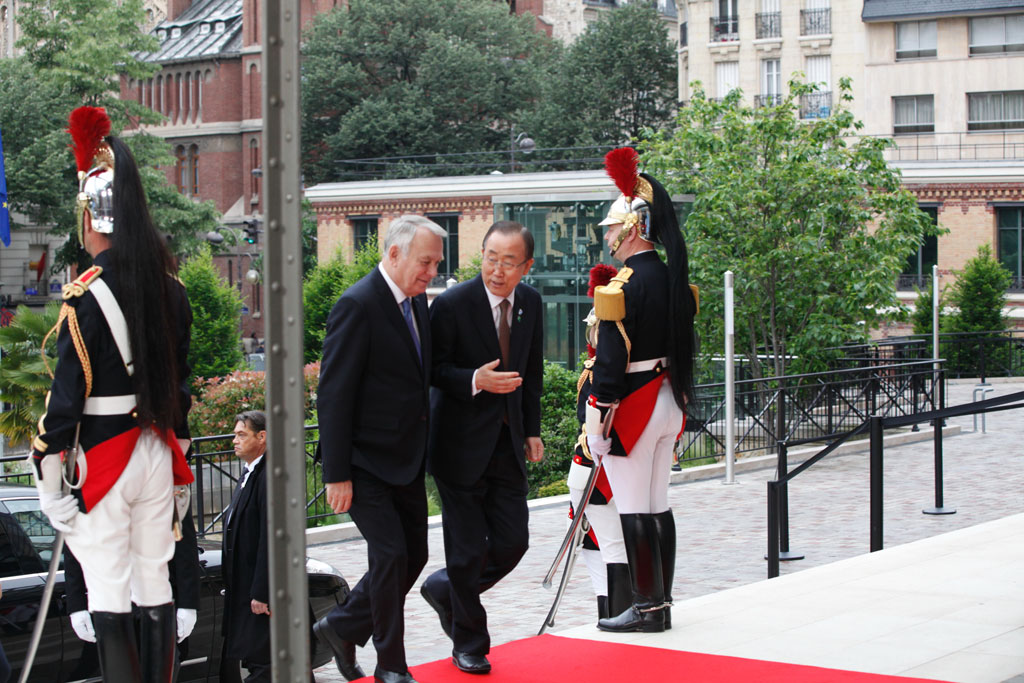 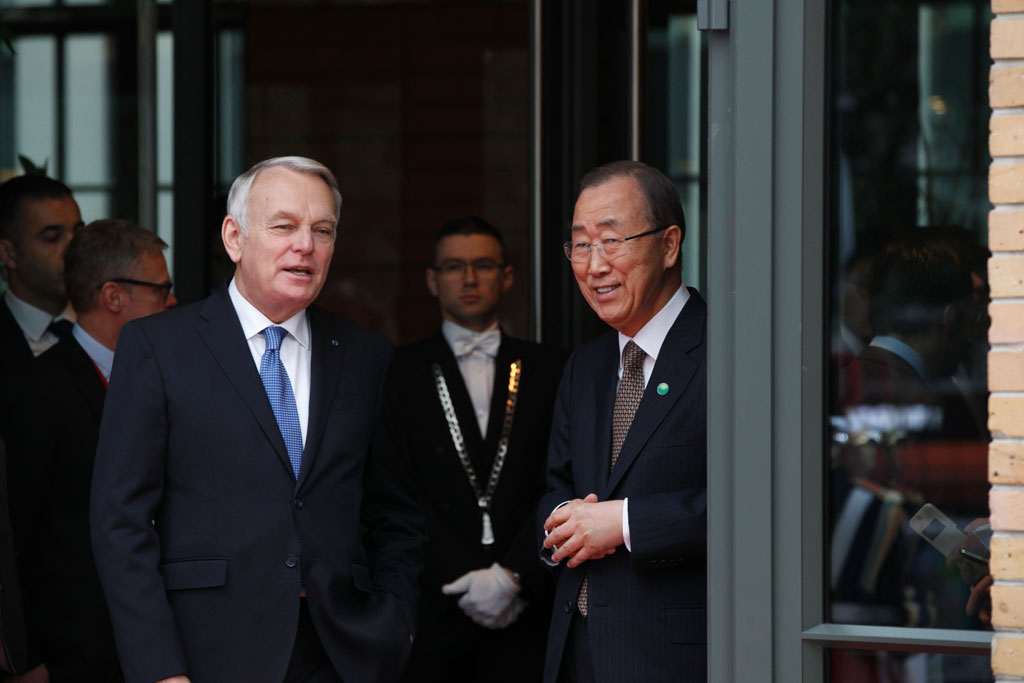 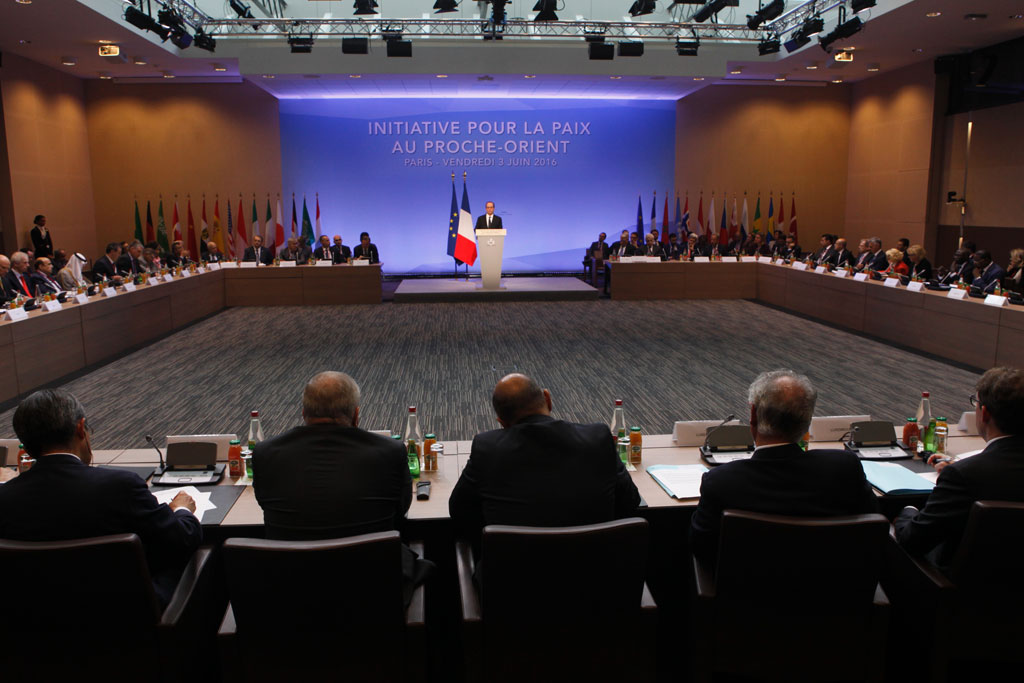 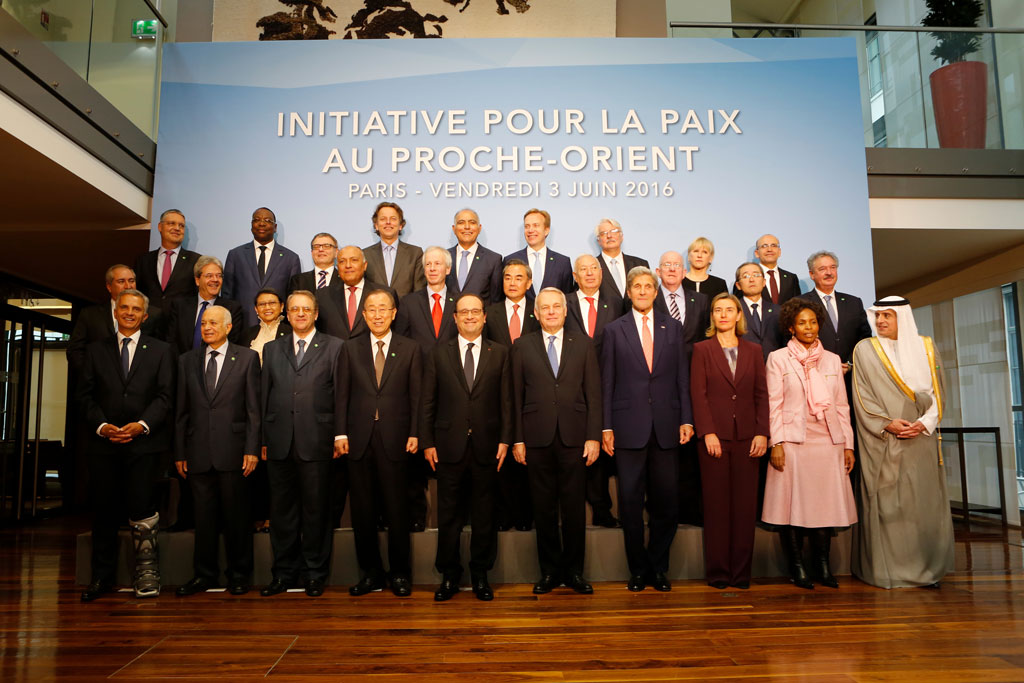 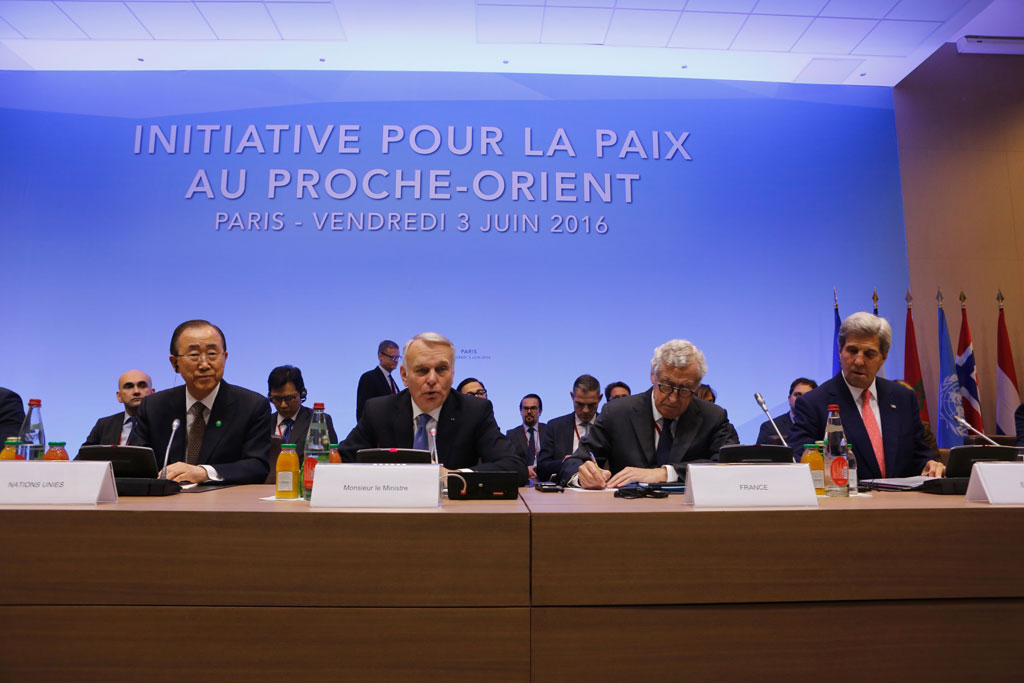 At the same time, the UN chief stressed that the Palestinian leadership must “unequivocally” combat violence and incitement, including by clearly condemning all acts of terror. It must also reunite all Palestinians under a single, legitimate and democratic Palestinian governing authority, in line with Palestine Liberation Organization principles.

“Both parties must ensure that their actions reflect their stated commitment to a two-state solution. Both parties need to stand up to extremists who are committed to derailing the peace process and seeking to hijack the agenda,” Mr. Ban said.

The Secretary-General underscored that changing regional dynamics and shared security concerns provide an opportunity to revisit the Arab Peace Initiative, with its vision of a comprehensive resolution of the Israeli-Palestinian and Israeli-Arab conflicts.

The Secretary-General also reaffirmed his commitment to working with fellow members of the Middle East Quartet and with key stakeholders, including regional countries, to achieve a “comprehensive, just and lasting settlement” to the Palestinian-Israeli conflict, and in accordance with relevant UN Security Council resolutions.

He noted that the Quartet on the Middle East process will soon issue a report reviewing the key obstacles to realizing that goal and recommending actions which, if taken now by both sides could create the conditions for a return to negotiations.

“Members of the international community must exercise their collective and individual influence to help reach the common destination: they are an end to the occupation which began in 1967, and the establishment of two states for two peoples living side by side in security and mutual recognition,” the Secretary-General said.

In that regard, he told participants that he is planning to visit Israel and the State of Palestine towards the end of the month to follow up on the discussions today.

Earlier today, the Secretary-General met with the Foreign Minister of China, Wang Yi, during which they discussed a range of issues including the loss of a Chinese peacekeeper in Mali, the Middle East peace process, and the situation on the Korean Peninsula.

In addition, the Secretary-General met with John Kerry, United States Secretary of State, discussing international peace and security issues, including efforts to address the political crises in Syria, Libya and Yemen. They also discussed progress on the upcoming Quartet report and the importance of the Arab Peace initiative as a platform for advancing Israeli-Palestinian and Arab-Israeli peace.

The United Nations envoy for the peace process in the Middle East today warned the Security Council that, as circumstances on the ground continue to deteriorate, lamenting the disappearance of a negotiated two-state solution has become a “default narrative” for many.