WHO/PAHO
The Oswaldo Cruz Foundation Magalhães Research Center in Pernambuco, Brazil, performs tests to diagnose the presence of Zika virus in blood samples of pregnant women with rash and itching.
31 May 2016

The World Health Organization (WHO) has determined that based on the current assessment of the Zika virus circulating in almost 60 countries globally and 39 countries in the Americas, there is no public health justification for postponing or cancelling the 2016 Olympic Games.

In a news release, WHO noted that Brazil is 1 of almost 60 countries and territories which to date report continuing transmission of the Zika virus by mosquitoes, and therefore cancelling or changing the location of the Olympics – which are scheduled to take place in Rio de Janeiro, Brazil, from 5 to 21 August – will not significantly alter the international spread of the virus.

“People continue to travel between these countries and territories for a variety of reasons. The best way to reduce risk of disease is to follow public health travel advice,” the agency said.

WHO said it advises pregnant women not to travel to areas with ongoing Zika virus transmission, which includes Rio de Janeiro. In addition, pregnant women's sex partners returning from areas with circulating virus should be counselled to practice safer sex or abstain throughout the pregnancy, the agency said.

WHO noted that among the precautions that people considering travel to the Olympics should take include:

WHO said that, along with the Pan American Health Organization (PAHO), it is providing public health advice to the Government of Brazil and the Rio 2016 Organizing Committee on ways to further mitigate the risk of athletes and visitors contracting Zika virus during the Games. An important focus of the advice revolves around measures to reduce populations of Aedes mosquitoes which transmit chikungunya, dengue and yellow fever in addition to the Zika virus, the agency said.

WHO added that it will continue to monitor the situation and update its advice as necessary. 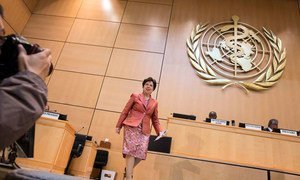