Tom Cheatham/World Bank
It is not uncommon in Myanmar that an older sibling looks after one younger.

Starting on Friday, the 48 least developed countries (LDCs) of the world will be the focus of a global United Nations conference in Antalya, Turkey, that aims to review their progress over the past five years.

In 2011, the international community adopted the Istanbul Programme of Action (IPoA) which charts a vision and strategy for the sustainable development of LDCs for the next decade; half way into it, this Midterm Review will take stock of successes, challenges, and lessons learned.

Participation is expected at the highest political level, with representatives from governments, the private sector, multilateral organizations, civil society, and academia. It will result in an inter-governmentally negotiated and agreed outcome in the form of a political declaration.

According to the UN Office that supports the world’s most vulnerable nations (OHRLLS), the LDCs represent the poorest and weakest segment of the international community, comprising more than 880 million people (12 per cent of the global population) and often suffer from governance crisis, political instability and, in some cases, internal and external conflicts.

We should help these countries build their own resilience so they can deal with crises.

The category of LDCs was officially established in 1971 by the UN General Assembly to attract special international support for the most vulnerable and disadvantaged members of the UN family. The current list of LDCs includes 34 in Africa, 13 in Asia and the Pacific and 1 in Latin America. The newest to have joined is South Sudan.

The UN News Centre sat down for an interview with the Under-Secretary-General for the Least Developed Countries, Gyan Chandra Acharya, who is also the High Representative for Landlocked Developing Countries and Small Island Developing States.

News Centre: Mr. Acharya, since your appointment in 2012, how has the situation for people living in LDCs changed?

Mr. Acharya: We have mixed results in terms of how far the LDCs have been able to go in terms of meeting the IPoA targets, the goals. If you look at the overall poverty level, yes it has reduced, but it has not reduced the way it should be reducing. Same thing with the economic growth, yes, the target was to have a seven per cent economic growth in the LDCs, but only 12 out of 48 countries have had seven per cent or more growth in the last five years. Overall economic growth was about 4.3 per cent in 2012, and now it is about 5.3 per cent. But the challenge is that it is volatile, so there is no steady progress. 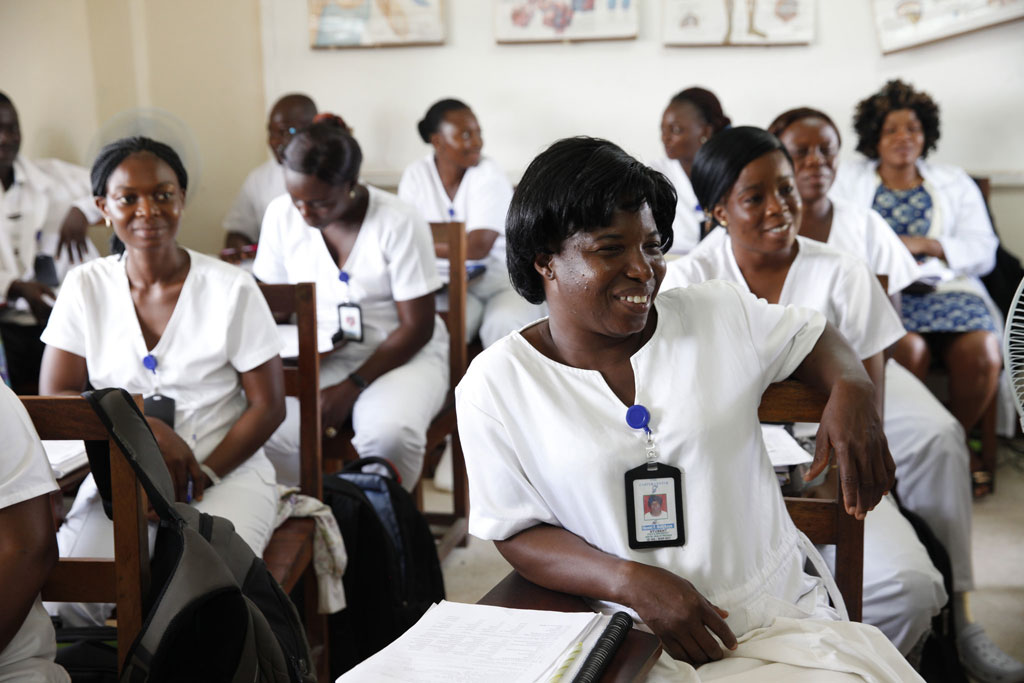 Nurses listen during a training programme on child and adolescent mental health in Monrovia, Liberia. The class was jointly sponsored by the Carter Foundation and World Bank. Photo: Dominic Chavez/World Bank 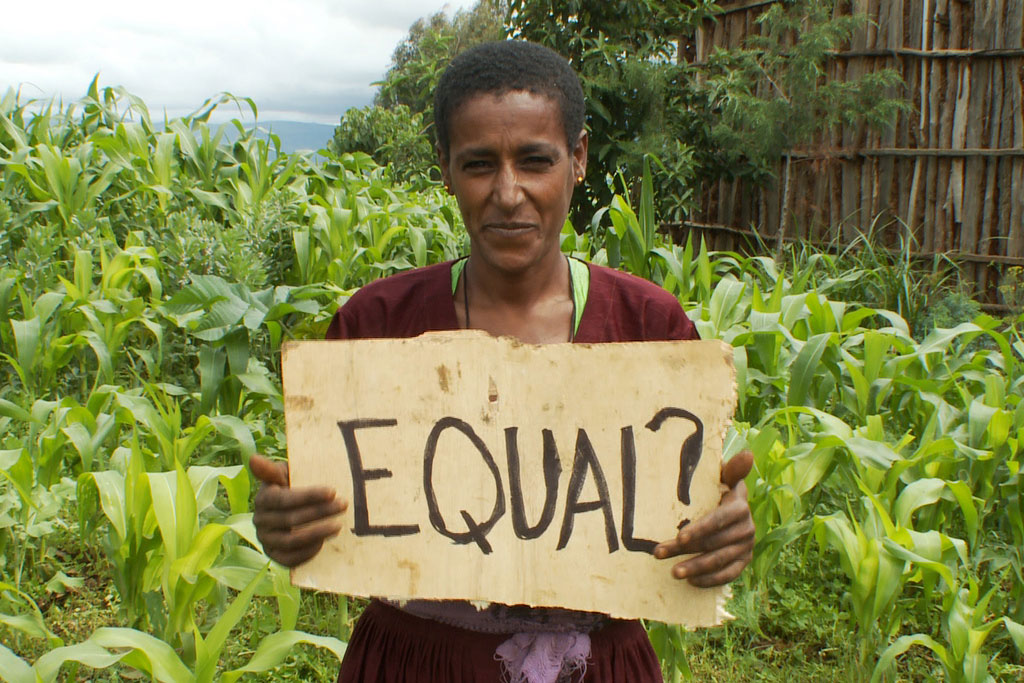 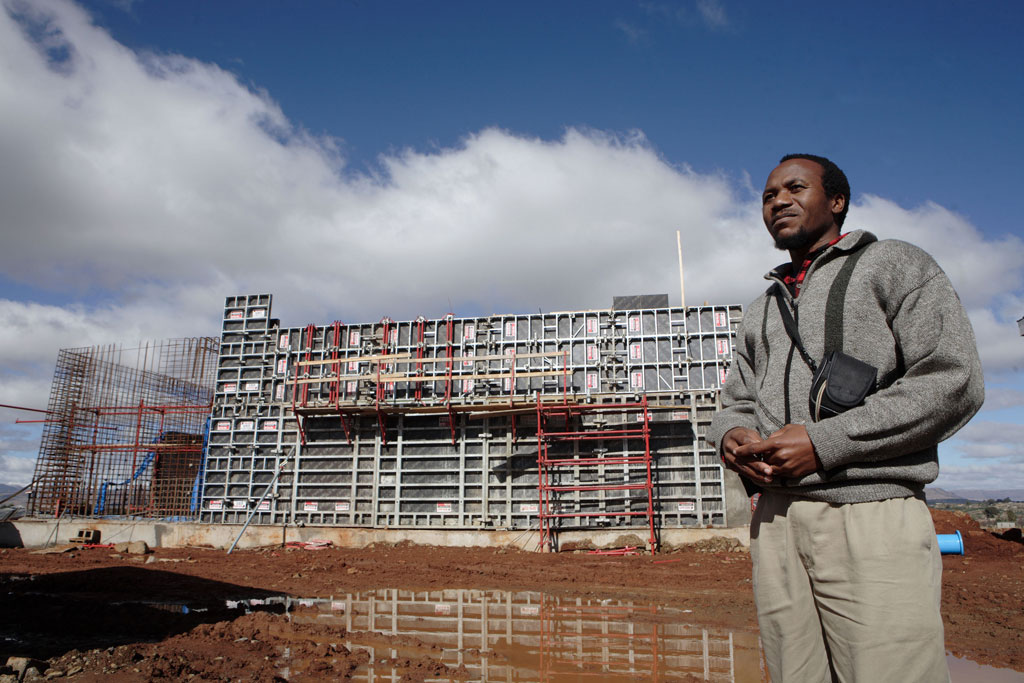 Mazenod Reservoir on the outskirts of Maseru, Lesotho, resevoir under construction in 2009. The project is overseen by Geoffrey Hilly, (from Tanzania), a contractor with Consulting Engineering Centre. Photo: World Bank/John Hogg 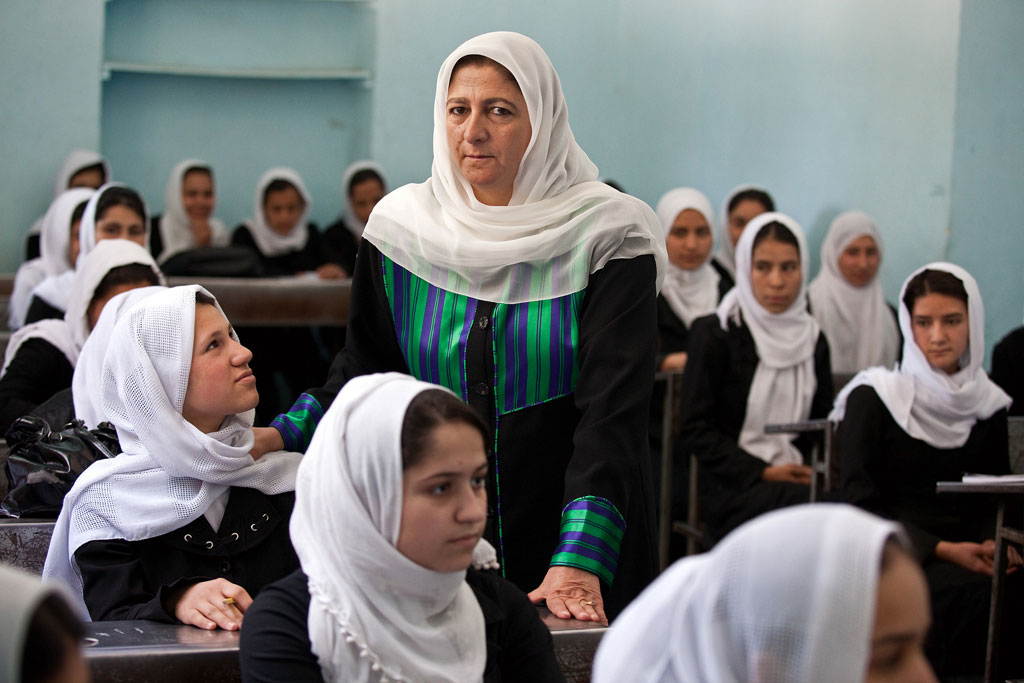 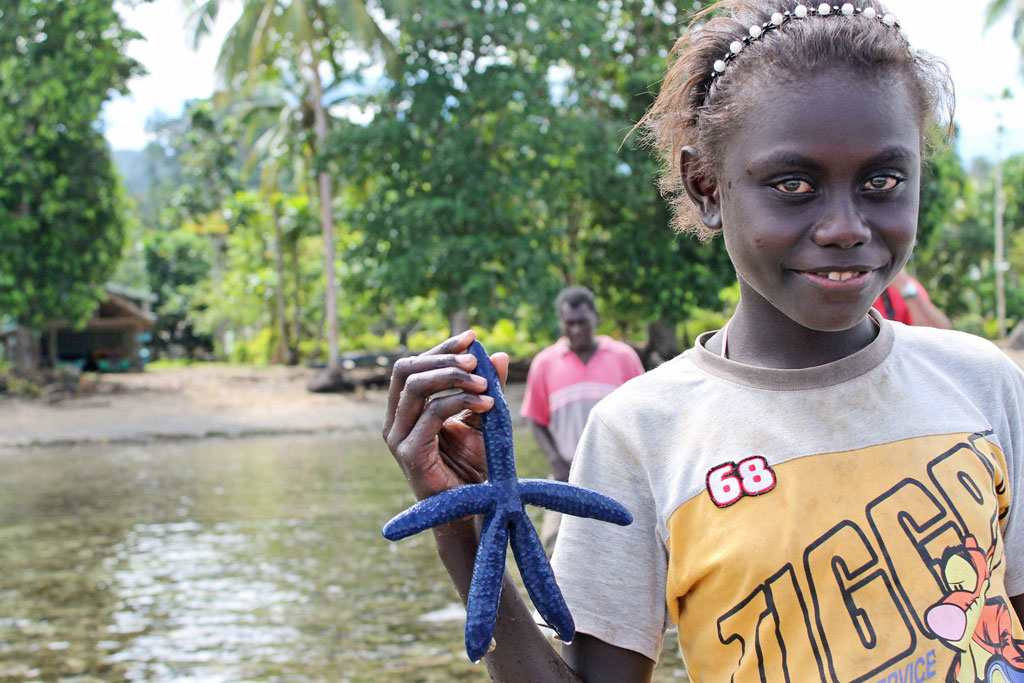 A young girl at the beach in the Solomon Islands. Photo: Aleta Moriarty/World Bank
< Previous Next >

The other challenge is whether this has really impacted poverty eradication. So the short answer to your question is that yes, there has been progress, but the progress is not uniform across the LDCs. Our effort in the conference is to look at how to accelerate the progress where there has been progress, and how to make sure that all the countries can continue on the path to progress in the next five years.

News Centre: Have there been countries in the last five years that have left the categorization of LDC?

Mr. Acharya: Yes, Samoa is a very good example of that and it has come out of the LDC status in the last five years. But there are many which are in the pipeline as well. I think this is a good sign. Many countries, almost ten countries, are about to meet or have just met the “graduation criteria.” It is also a good sign of some of the structural changes taking place in the LDCs.

The progress is not uniform across the LDCs

I would also like to stress that irrespective of the criteria, there are countries in the LDCs which are saying that they want to graduate out of the LDC status. This shows their aspirations to graduate, which means that the countries will make an extra effort and we are trying to help them as much as possible through international support, how best they can accelerate that process in the days ahead.

News Centre: Speaking of international support, do you feel that the global community is paying enough attention to these LDCs?

Mr. Acharya: [The world] is paying attention, that is true, because if you look at many of the global agendas that have come out in the last several years, not only the IPoA but also the 2030 Agenda for Sustainable Development and its Sustainable Development Goals (SDGs), and the Addis Ababa Action Agenda, there is good attention that has been paid to the challenges of the least developed countries.

But what has been a big challenge for us is that while there has been a lot of commitment, the delivery on that commitment has been a big issue. Part of the reason is of course that the global economy is not doing very well, but the other part of the issue is whether the international community is providing a coordinated and enhanced level of support to the LDCs or not.

News Centre: Many of the LDCs are facing major humanitarian crises. How do you balance the need for immediate humanitarian relief and longer-term development assistance? (answer in the video below)

USG Gyan Chandra Acharya talks about the relationship between humanitarian relief and development assistance ahead of the Midterm Review of the Istanbul Programme of Action. Credit: UN News Centre

News Centre: The LDCs conference is happening now because we’re at the midpoint of the programme of action dedicated to their development. What is the most important thing you want to see happen at the event?

Mr. Acharya: In terms of the timing it is very important. The idea of the review is really to look at the success stories – and where there have been successes, we want to really make sure that those successes are maintained, they are scaled up, and they are replicated. And where we see the obstacles, we would really like to see what has been the major challenge for these countries in terms of meeting the goals.

What we are also looking at from the conference is what the international community can do better. This is important because we live in a very integrated and globalized world, and the challenge of the LDCs is not only a concern for the LDCs. We live in a world where we have principles of international solidarity, this is the fundamental basis of the United Nations which promotes peace and development and human rights in an inclusive manner, and integrated manner all around the world. What we are saying is that there is a huge opportunity in the LDCs.

If we work together, we can achieve very ambitious goals.

We are talking about 12 per cent of the population, we’re talking about huge natural resources, but we have not been able to really fully utilize those natural resources, so there is an opportunity for all of us to really lift the world up and eradicate poverty. And you cannot eradicate poverty if you do not look at those countries which are at the bottom of the development ladder.

News Centre: You mention that countries will be learning from each other. Aside from Samoa, which countries have ‘lessons learned’ to share?

Mr. Acharya: There are many countries! For example, Bangladesh, Nepal and Tanzania have made a lot of progress on reducing maternal mortality and child mortality in the last several years. Look at Ethiopia for its economic growth and Rwanda for the change in terms of access to energy as well as the internet. If you look at Bhutan, it has promoted huge hydro-electric projects, and Laos is also making huge progress.

News Centre: What is the most important piece of information you want the public to know?

Mr. Acharya: We have an opportunity in the next 15 to 20 years to really change our world. Now when I say change our world I mean to eradicate poverty, and have very strong economic as well as social bases in the countries. We believe that that opportunity must be seized by focusing our attention with enhanced levels of collaboration in these countries which are far, far away from meeting the goals on their own. We believe that this is one more opportunity to have a dedicated discussion on their challenges. Now that we have a global framework, and now that we have global attention with a very positive vibe, if we work together, we can achieve very ambitious goals. We are hopeful that we will continue to give focus on these countries. 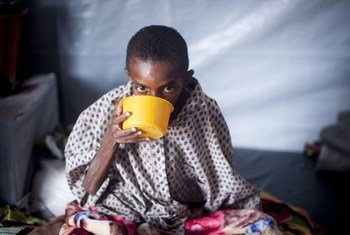 10 May 2016
A United Nations conference is set to undertake a review of progress made during the past five years by the world's 48 least developed countries (LDCs), which comprise about 12 per cent of the global population.