UN Photo/Loey Felipe
Chair of the Subcommittee on Prevention of Torture Malcolm Evans.
25 May 2016

The United Nations Subcommittee on Prevention of Torture (SPT) has suspended its visit to Ukraine after being denied access to places in several parts of the country where it suspects people are being deprived of their liberty by the Security Service of Ukraine, the SBU.

“This denial of access is in breach of Ukraine's obligations as a State party to the Optional Protocol to the Convention against Torture. It has meant that we have not been able to visit some places where we have heard numerous and serious allegations that people have been detained and where torture or ill-treatment may have occurred,” said Malcolm Evans, head of the four-member delegation, in a statement issued by the UN Office of the High Commissioner for Human Rights (OHCHR).

The delegation concluded that the integrity of the visit, which began on 19 May and was due to end on 26 May, had been compromised to such an extent that it had to be suspended, as the SPT mandate could not be fully carried out.

Under the Optional Protocol to the Convention against Torture and other Cruel, Inhuman or Degrading Treatment or Punishment (OPCAT), the SPT is mandated to visit all States parties and can make unannounced visits to any places of detention. This is only the second time the Subcommittee has halted a mission – such suspensions are made in cases where a lack of cooperation by the State party prevents the SPT from fulfilling its OPCAT-mandated duties.

“The SPT expects Ukraine to abide by its international obligations under the Optional Protocol, which it ratified in 2006,” said Mr. Evans.

“We also hope that the Government of Ukraine will enter into a constructive dialogue with us to enable the SPT to resume its visit in the near future and so work together to establish effective safeguards against the risk of torture and ill-treatment in places where people are deprived of their liberty,” he added.

The focus of the SPT's visit was to evaluate how its recommendations made after its first visit in 2011 had been implemented. The work of the SPT, which is composed of independent human rights experts, is guided by the principles of confidentiality and cooperation, the SPT said. 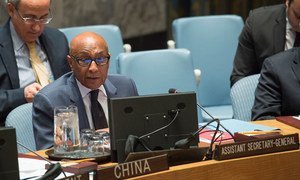