UNOCHA
UN Secretary-General Ban Ki-moon (right), UN Emergency Relief Coordinator Stephen O’Brien (2nd to the left) and actor Sean Penn (centre), before the screening of “The Last Face” at the World Humanitarian Summit. 22 May 2016.
22 May 2016

“When you have a global star, [the message] can go far and wide and there is no time limit,” Mr. Ban told viewers invited to the global premiere of Mr. Penn's latest movie, The Last Face.

Screened on the eve of the opening of the World Humanitarian Summit (WHS) in Istanbul, Turkey, a two-day conference dedicated to finding more effective ways of alleviating and preventing the suffering of the world's most vulnerable people, the movie features Academy Award-winning actors Charlize Theron and Javier Bardem as relief workers faced with difficult situations during civil unrest in an African nation.

“The main purpose of having the World Humanitarian Summit for the first time in the history of the United Nations is to raise [awareness on the] importance, seriousness, urgency and gravity of the situation,” said Mr. Ban, adding that world leaders must be committed to global action.

He recalled a visit to Haiti after the devastating earthquake of 2010, when he met tens of thousands of people living under extremely difficult conditions in makeshift tents. Amid the chaos, he noticed a very busy man who was trying to help those around him recover. He didn't immediately recognize him, but later realized it was Sean Penn. 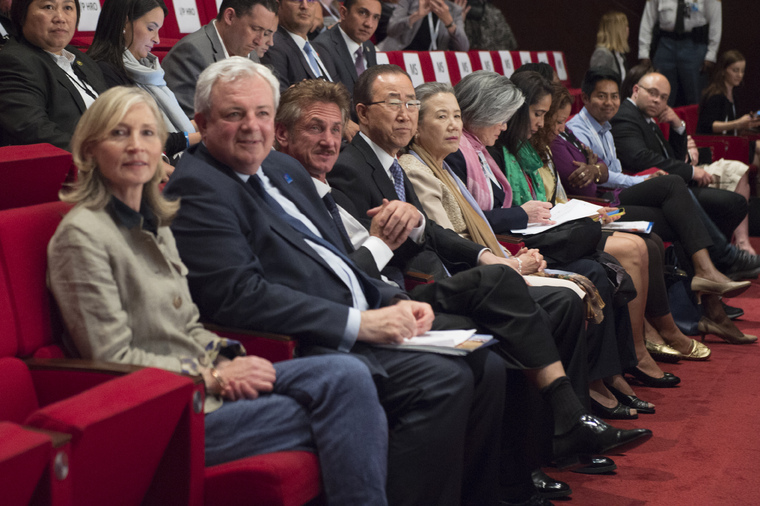 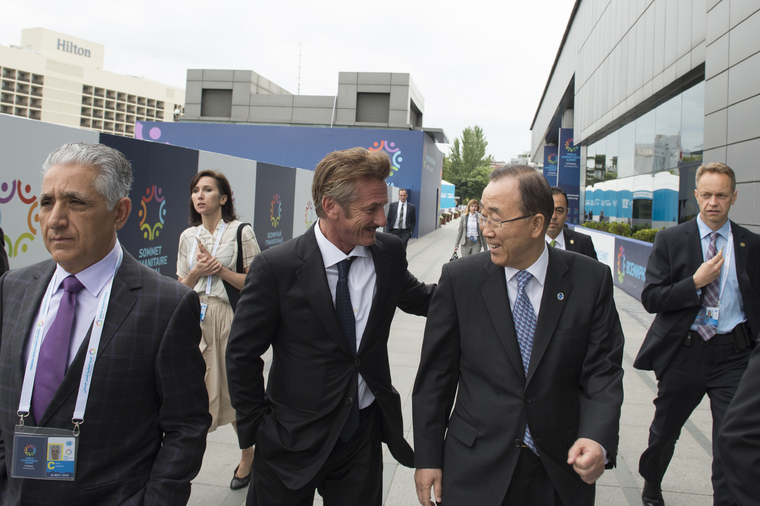 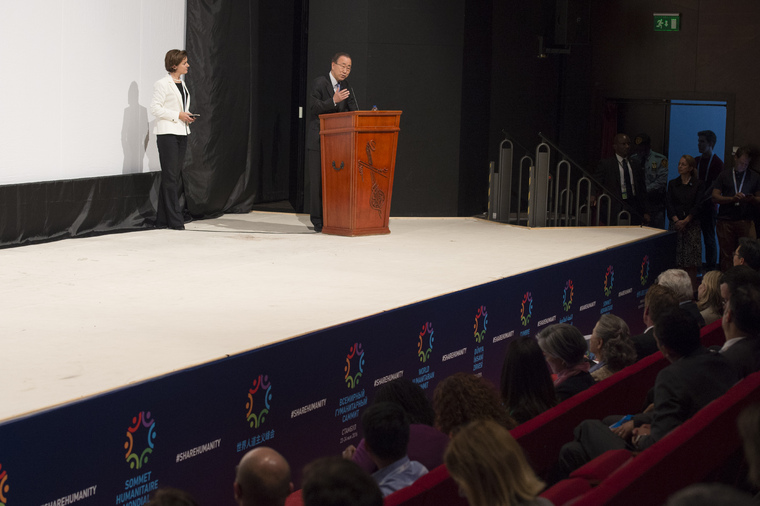 “I didn't expect such a celebrity, a movie star of the world, would be around so many refugees and displaced people. I was so moved,” the UN chief shared with the audience, which burst into applause.

“When I went [to Haiti] a second time, he was still there,” he added.

Tomorrow, the Secretary-General will be alongside more celebrities at the opening of the Summit, including Forest Whitaker, a peacebuilding advocate for the UN's Educational, Scientific and Cultural Organization (UNESCO) and Academy Award-winning actor. Together, they will urge world leaders to commit to five core responsibilities featured in the UN's Agenda for Humanity:

Starting tomorrow, the Summit will bring together all stakeholders who have a vested interest in improving the global humanitarian system. Of the more than 6,000 expected participants, there are those who have been recipients of humanitarian assistance, those who can hopefully make a difference such as entrepreneurs and celebrities like Sean Penn, as well as many others who are dedicated to helping alleviate the plight of millions of people in need of relief assistance around the world.

♦ Receive daily updates directly in your inbox - Subscribe here to a topic.
♦ Download the UN News app for your iOS or Android devices.
WHS|the